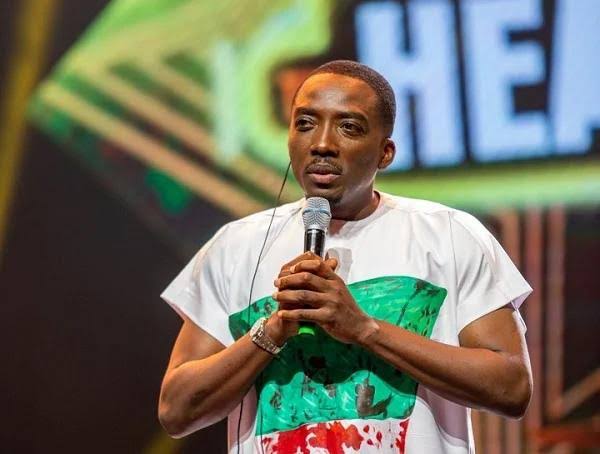 By John Michael Ojo
Nigerian stand-up comedian,actor, and writer, Bovi Ugboma has revealed why he renovated the University of Benin (UNIBEN) Staff School.

The comedian who acknowledged the accomplishment recently noted that he was moved by the deteriorating state of the school which doubles as his alma mater.

The 42-years-old  Ugboma who disclosed this in a lengthy post on his Instagram page on Tuesday added that he renovated 20-classroom block, two staff rooms and one library.

He wrote, “Those who know me well know how I have always given credit to my primary school for what I have become. I consider my foundational path fortunate because I had the best teachers on my route from kindergarten to primary 5. They were so good that I remember all of them by name to this day.

“It was a prestigious institution sitting on a hectare of land. That’s triple the size of many learning institutions today. It was a school with international standards that only a few private schools can boast of today.

“So you can imagine my sadness when I visited the institution and saw the degenerative state of the facilities. I broke inside. Hence I spent the last three months painstakingly seeing the renovation of the 20-classroom block, 2 staff rooms and 1 library. In this building, I spent my final years (primaries 4 and 5).”

He thanked the Edo State Deputy Governor, Philip Shuaibu, for “squeezing the commissioning into his busy schedule. He only heard of this 12 hours prior to its opening and promised to be there.”

Ugboma also appreciated UNIBEN Vice Chancellor, Professor Lilian Salami, and his fellow comedians, I Go Die and I Go Save, for their contributions.Ugboma  is known for organizing popular stand-up comedy concerts like Bovi: Man on Fire across the globe.

VIDEO: New Wife Of Ooni Of Ife Arrives At Palace