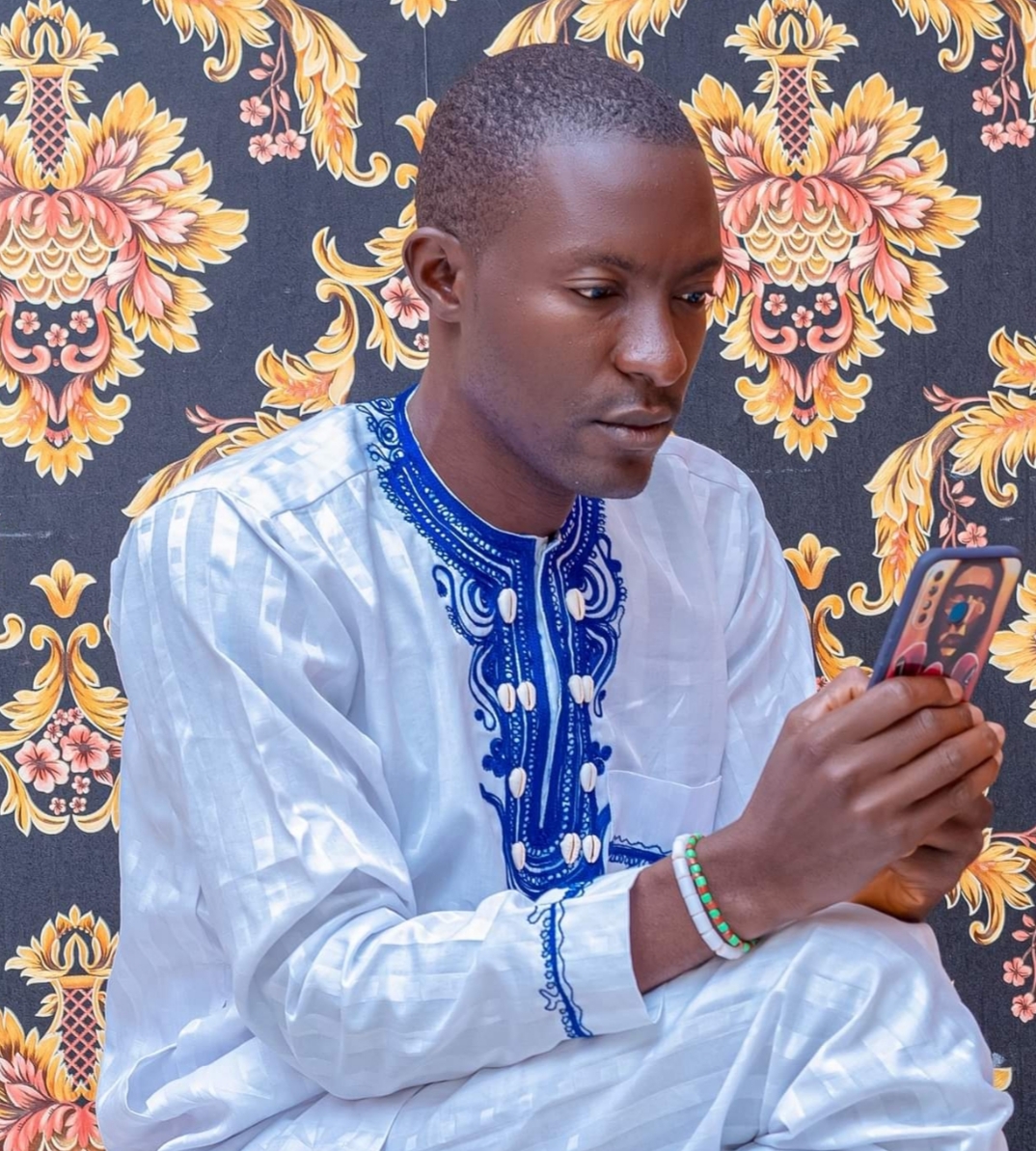 By John Michael Ojo
A former pastor of Living Faith Church Worldwide (Winners Chapel), Yinka Oyewusi, has taken to a social media platform, Facebook to reveal why he left his pastoral work to become a ‘babalawo’ (herbalist).

The former preacher, in a post on his account, Yinka Oyewusi, alleged that he got a visit from some spiritual beings who told him that he was destined to be a native doctor, and that he should not run away from his calling.

As a Christian, he tried to pray  the development away. However, his effort yielded no result. Hence, he decided to visit a community where he was meant to get directions on how to embrace the traditional practice.

Oyewusi further stated that though he was not convinced by the injunction of the spiritual beings, the trials his family faced and the negligence of the church and its leadership, made him to resign from his pastoral duties and follow the new path.

In the statement which was tagged ”Why I resigned From My Job As A Pastor In Winners Chapel And Became A Babalawo”, Oyewusi wrote: “In my formative years, we were three fiery brothers practising Christianity in Iwo town — two of us very poor, but with strange will to survive. After secondary education and with nothing to live for, first among us was a talented beggar. As the second guy, my mother is late, and my father’s whereabouts were unknown. So, the first guy and I were living in one of the three houses I knew belonged to the father of the 3rd guy, but the father didn’t care about the 3rd guy, though. The first guy is a genius in gathering money through request for ‘urgent 2k’— we lived on this for years.

“Miraculously, I and the 3rd guy obtained degrees in science and administration respectively; the first guy obtained a degree in theology and became the chaplain of a university chapel.

“But those days as a fiery Christian, I lost 40% of my hearing. The last time I visited the first guy of a chaplain, he needed me to source urgent 5k for him. Just this morning, the 3rd guy called me that he has bone fractures and is receiving treatment at the Ogbomosho general hospital. He needs money at least for feeding, but none is forthcoming. Let me add that the first guy is in Baptist, I was in Winners Chapel while the 3rd guy is a Mountain of Fire adherent.

“Then I joined the ministry in Winners Chapel. Oratory is still my best physical gift — those in Winners Chapel Adeeke, Iwo in 2005 will remember me by the name Yinka. I had studied the scriptures from ‘paali to paali’; prayer sessions I handled those days looked like wartime events. While in the university, I was sent to pastor a new church in another town and did so successfully. But when I started full-time ministry, what you would usually call hosts of hell came banging at my door. They would tell me what would happen the following day and they would come to pass. They would tell me Mr A was at my door while I was still sleeping by 6:30 a.m.and that would be so.

“Later, those spirits told me why I am on earth, and if I neglect my path, I would regret being born. They said I’m a Babalawo by design. I quickly went on overdrive binding ‘thoughts that may set up their selves against God’s knowledge and every disobedience…’ Then I would hear strange laughter of a group of persons suggesting the spirits were many. Then I travelled to see a primary school mate who was making waves as a general overseer of a church. All his prayers or deliverance made no difference.

“Then voices started threatening me and commanded me to go to a village whose name I never heard hitherto saying that someone was waiting for me there. I Googled the name of the town and I found it. I went there because previous messages didn’t fail. I met the person and the priestess gave a stern warning that refusing to work for the gods would be a deadly decision. I accepted the calling right away.

“But divination is not that easy to learn. I know someone who spent eight years on it. I became a pro within five months by some rare twists of events and within nine months, I became a full-blown babalawo.

“I’m tempted to say that Christians practice something different from what the Bible taught me. In 2020, my daughter was on life support at Bowen University Teaching Hospital, Ogbomosho. The bills were clearly beyond what my 50k salary could handle. I requested for help from the church hierarchy by calling the district pastor, and he said I should follow a correct route in channelling my request. I replied that I first of all called the area pastor who directed me and gave me his number to call. The district pastor started sounding offensive. That was why I went to nairaland and made a thread for help.

“Someone I met online sent a huge amount of money to me in the following thread to clear hospital bills.

“I tendered a resignation letter in Winners Chapel in 2021 with two weeks notice. Before the notice elapsed and till today, I never heard anything from them about my resignation. But when the district church mistakenly paid a sum of money into my bank account after I had left (that money ought to be sent to the current pastor of the church) I told the accountant and he asked me to refund it immediately. While working there, I never had any history of misconduct. They treated me as though I never existed; that action reduced me to a new low, lower than the basest of animals…

“The following advice is indispensable: life is not all about money; you’re here on a certain assignment.” 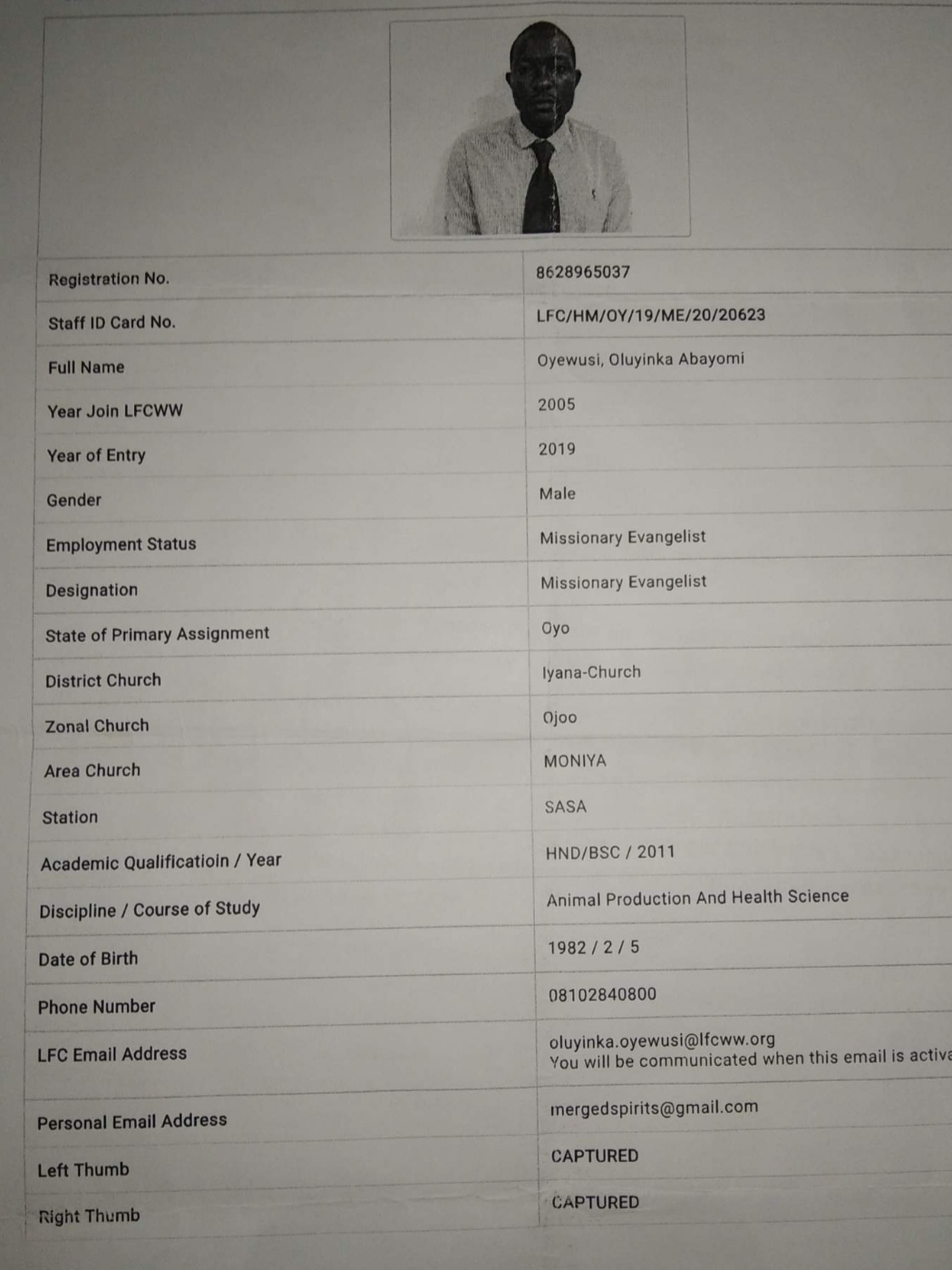