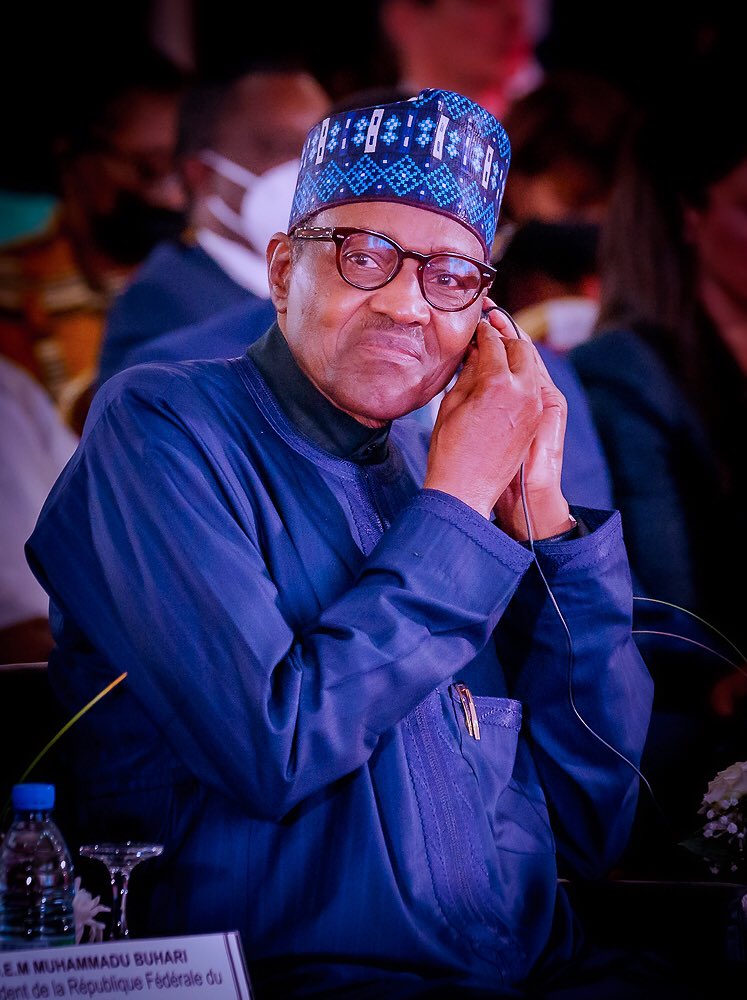 President Muhammadu Buhari on Saturday explained why he did not support any presidential aspirant during the All Progressives Congress’ special convention and presidential primary.

The president opened up on what transpired during the buildup to the party’s convention on Saturday in Katsina when he paid a Sallah visit to the Emir of Katsina, Dr. Abdulmumin Usman Kabir, at his palace.

On what played out before the emergence of the party’s flagbearer, Bola Tinubu, Buhari explained that the delegates were given a free hand to pick him (Tinubu) in demonstrating the internal democracy in the party.

According to him, party leaders initially gave me a list of thirty presidential aspirants, out of which I was asked to pick a candidate of my choice.

The president said rather than pick or anoint a candidate, he allowed the delegates to pick the candidate of their choice which resulted in the emergence of  Tinubu.

Buhari, who spoke in Hausa, said, “I was given a list of thirty (30) aspirants to pick from. Most of them were my ministers and governors. So, who will I choose or support?

“One of the governors even came to see me and asked who are we to choose.

“If I did that, it would affect my Vice President because he was listening to our conversation. I then told them to choose who they wanted.

“So, they elected Tinubu as APC presidential candidate.”

“I hope God will help us to conduct the general elections peacefully.”
He, however, appealed to Nigerians to allow peace to reign during the 2023 general elections.
On insecurity in Nigeria, the president insisted that his government was doing its best in tackling the challenge.

“May God gives us the wisdom to serve people more,” he declared.

The Emir of Katsina had while welcoming the president to the palace, urged him to expedite action on the Kano/ Katsina highway; the Kano/ Katsina/ Maradi railway and the Rimi Windmill Power generation project.

The monarch said apart from contributing to the development of Katsina state, the projects would also create employment for residents.

The state Governor,  Aminu Masari, in his remarks also said security operatives were doing all they could to tackle banditry and other crimes in the state.

He called on residents to also give the security operatives the necessary support.
The governor later saw the President off to the Umaru Musa Yar’dua Airport where he later took off for Abuja on a Nigeria Air force Aircraft.