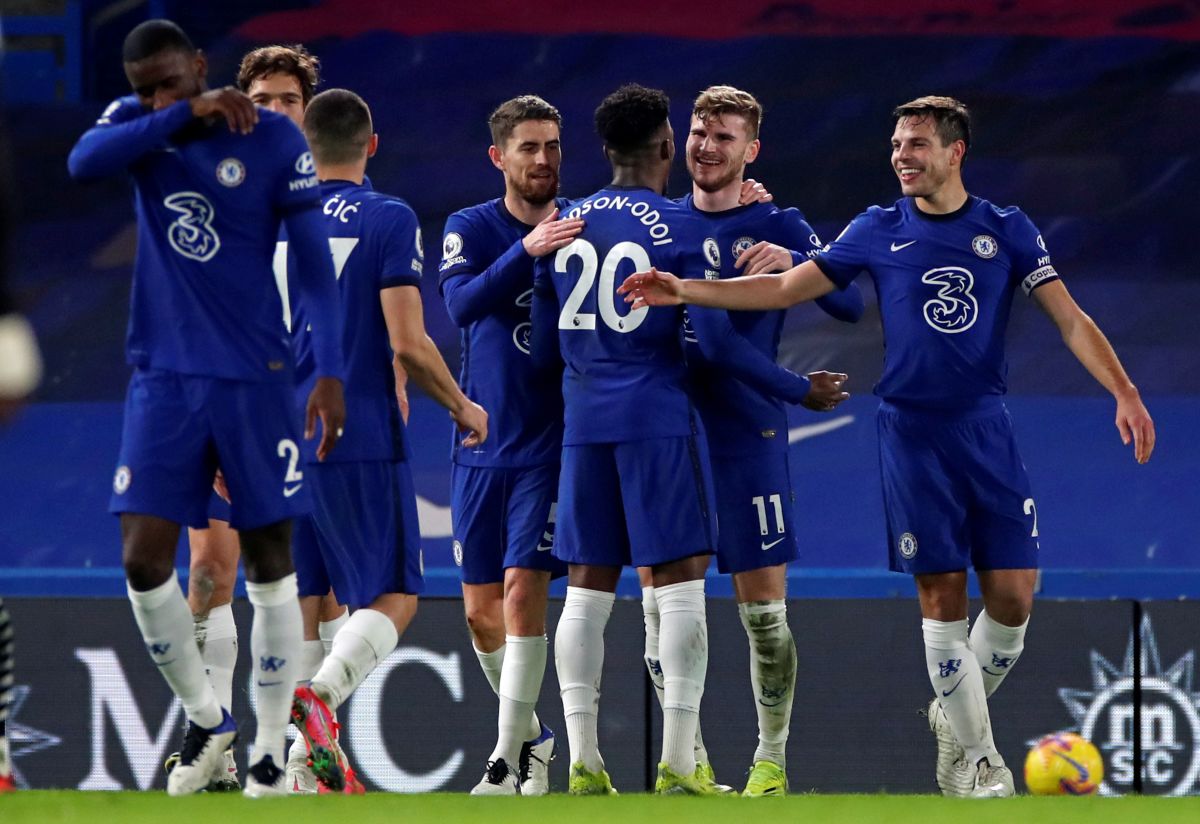 Chelsea maintained their fourth league win in a row under new coach Thomas Tuchel on Monday and striker Timo Werner ended his goal drought as the Blues beat Newcastle United 2-0 to move ahead Liverpool into the Champions League qualifying places.

Werner, a desolate figure towards the end of Frank Lampard’s time as Chelsea manager, made no mistake in the 39th minute when the ball fell for him at the far post and he put the hosts 2-0 up with his first league goal since early November.

The German also had a big role in Chelsea’s opener eight minutes earlier when he got to the byline and his cross was pushed away by Newcastle goalkeeper Karl Darlow straight to the feet of Oliver Giroud who scored from 10 yards.

The France striker had replaced Tammy Abraham who was injured early in the game.

Tuchel gave out-of-favour goalkeeper Kepa Arrizabalaga his first league start since mid-October after his erratic form led to his replacement by Edouard Mendy.

The Spaniard saved well from a Joe Willock header in the 75th minute but had little else to do against an injury-hit Newcastle and Chelsea kept their fourth clean sheet in five league games under Tuchel.

The German coach said after the game that Mendy remained his first-choice goalkeeper but he had wanted to give Arrizabalaga the chance to recover some of his confidence.

The win pushed the Londoners into fourth place, two points clear of out-of-form champions Liverpool and ahead of fifth-placed West Ham United on goal difference after the Hammers won earlier on Monday.

Newcastle stay in the last spot above the relegation zone, seven points clear of Fulham in 18th place.

Werner’s last Premier League goal had come on Nov. 7 after which he suffered a run of bad luck and bad finishing which visibly hurt his confidence.

When he arrived in London last month, Tuchel told his German compatriot to play a little less wide than he had under Lampard and Werner looked more confident in recent games, creating key goals as Chelsea turned around their season.

“Of course for a striker, you always want to score,” Werner told Sky Sports. “I have had in the past a lot of chances, and I missed them… And that’s the important thing for me, that when I keep going, the goals will come like today.”

Lalong Warns Against Taking Plateau Back To Dark Days