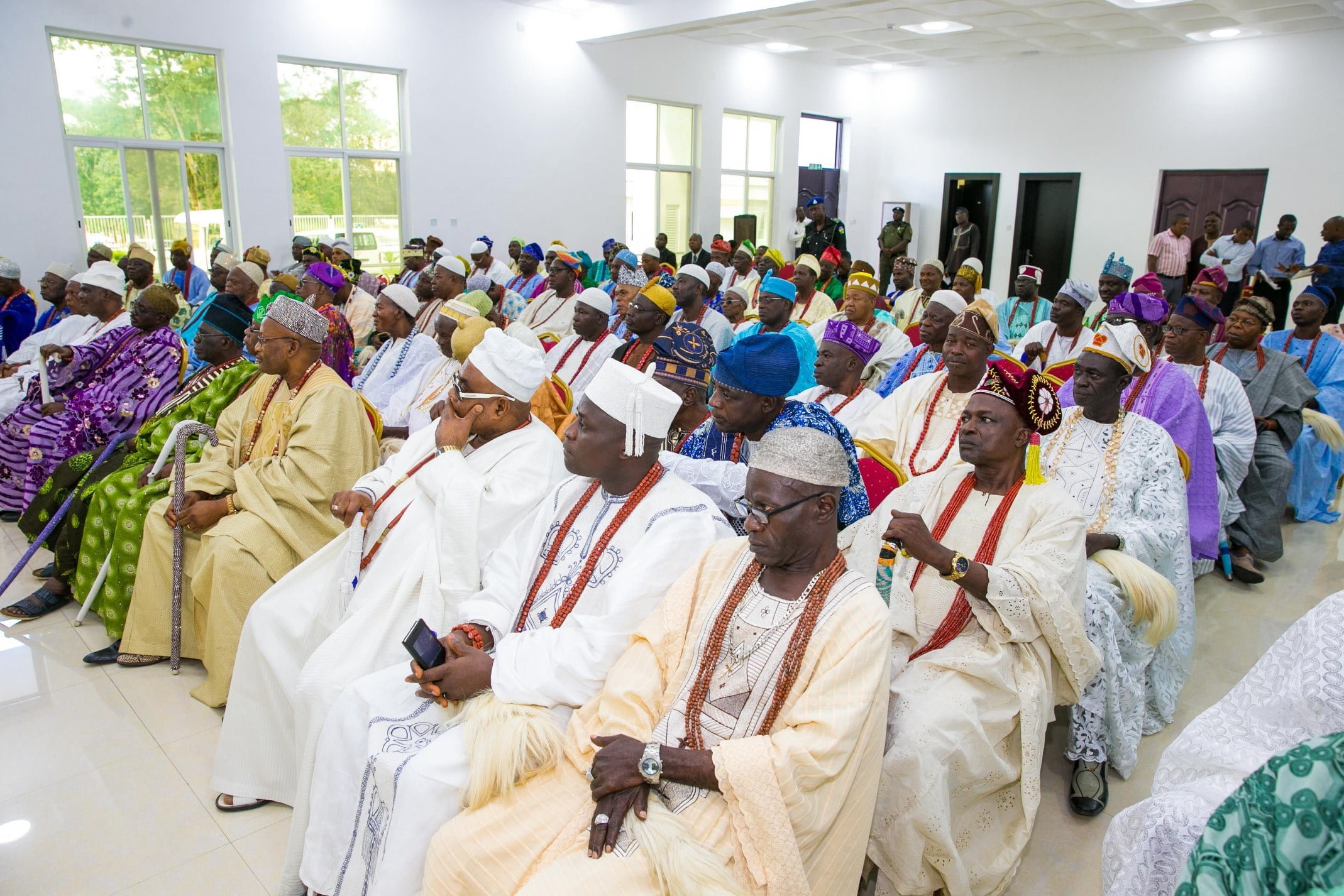 The Ekiti State Council of Obas has said its members would prevail on Ekiti State Governor, Dr Kayode Fayemi to contest the 2023 presidential election.

The monarchs stated this in Ado- Ekiti on Tuesday when Ekiti Concern Group led by Chief Samuel Bejide paid an advocacy visit to the traditional rulers during their monthly council meeting.

The Chairman of the Traditional Council and Alawe of Ilawe Ekiti, Oba Adebanji Alabi disclosed that the council would soon appoint delegates that would convey its decision to the governor.

Oba Alabi stressed that Dr Fayemi had the experience, knowledge and expertise to pilot the affairs of the country. He added that Ekiti Obas would prevail on the governor and ensure he contest in the coming presidential election.

Oba Alabi noted that the governor has been instrumental in proffering solution to some of the knotty issues affecting the country, adding that his resourcefulness has endeared him to the hearts of the various ethnic groups in the country.

“We as traditional rulers in EKiti are fully in support of Governor Kayode Fayemi. We are going to prevail on him to run for the presidency of this country because what we want for Nigeria is the best, age is on his side, he is very young and hale, he has the strength, I can attest to that.

“For somebody to be president of this complex and complicated Nigeria, he should be between the age of 50 and 60 or maximum 65, when you are getting to 70 and you say you want to be president of Nigeria, it is problem because the problem of the country is enormous.

“Moreover, the greatest problem we are facing in the country today is the problem of insecurity everywhere, north south, east and west. We need somebody that has competence and capacity to handle this, Dr Kayode Fayemi has his PhD in war management, we are almost in the state of war in Nigeria today.

“We need somebody that can manage it and I can say without equivocation that he has the wherewithal to lead this country and by the grace of God we as traditional rulers will back him, support him and use everything at our disposal to ensure his success, at an opportune time we will send a delegation to him”, he said.

In his remarks, Chief Bejide said the group was on advocacy visit to drum support that would compel Governor Fayemi to see the need to contest for the coming presidential election in the country.

He said the achievement of the governor in Ekiti State and as Chairman of Nigeria Governors’ Forum (NGF) coupled with his character, integrity and pedigree were the reason behind the move of the group.

Bejide who was accompanied to the council meeting by the Chairman Amotekun Board, Chief Akin Aregbesola and the Special Advisers Gender Empowerment and Social Mobilization, Chief Mrs Moji Fafure expressed confidence in the ability of the governor to perform credibly well if given the opportunity by Nigerians.

Ogun State: The Legacy Of A Great Future