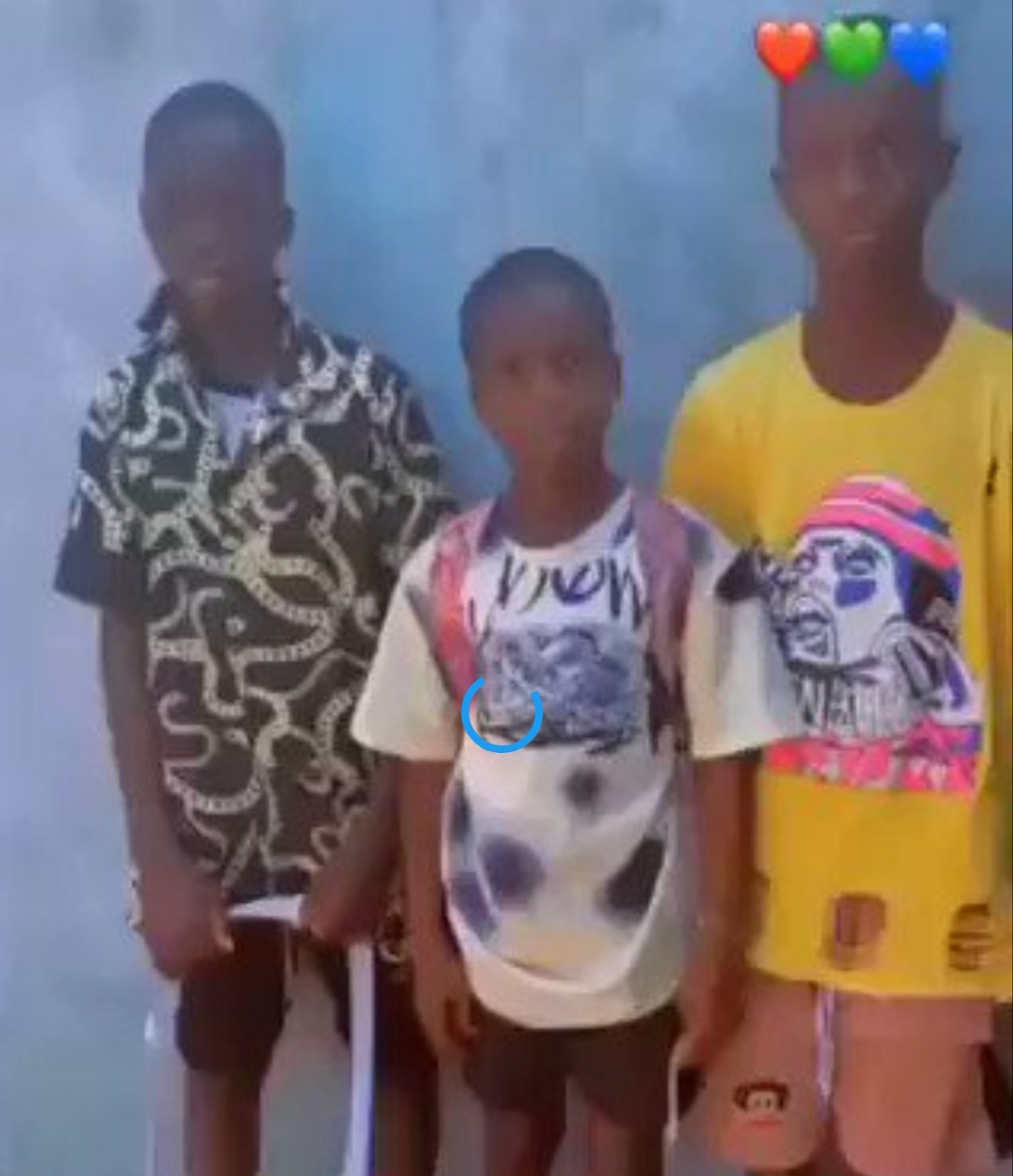 A video clip trending on Twitter has captured the moment three teenagers were seen searching for where to learn internet fraud popularly known as ‘Yahoo Yahoo’ in Edo State.

In the viral video, an unidentified man could be heard asking the three boys who are between the ages of 14 and 15 what they were doing around his gate.

The boys who appeared stranded but determined with bags believed to contain their clothes and personal belongings, simply replied: “We wan come hustle.”

On the kind of hustle  (job) they were after, they said: “Yahoo hustle…”

Shocked by their response, the interviewer probed further to know  if they really wanted to learn Yahoo (internet fraud).

Reaffirming their initial claim, they answered: “Yes…but not Yahoo plus”.

‘Yahoo plus’ is another dimension of cybercrime which involves people using traditional charms and mystical powers to swindle their victims.

On why they were on the street to take to cybercrime, they replied: “As they don come pursue us, na him we com dey find where we go stay.

“Na the person we dey stay with pursue us. We no dey get rest of mind for house, any small thing wey we do, they will start cursing us. They eventually chased us away. So, we come dey find where we go do Yahoo.”

They also  disclosed that their parents are based in Delta state, were aware of their activities and engagement in Edo State.

The video  comes at about the same time when four teenagers were arrested in Abeokuta area of Ogun state for allegedly killing a 17-year-old girl named Sofiat for money rituals.

The desperation to be wealthy is currently on the rise among youngsters in the country and in most cases parents are fully aware and in support of their children’s illicit activities.

YAHOO YAHOO AT THE AGE OF 14yrs

These boys ages from 14 to 15 in Edo State looking for how to LEARN YAHOO YAHOO (Internet Scam).
pic.twitter.com/TvzthnK3ZL