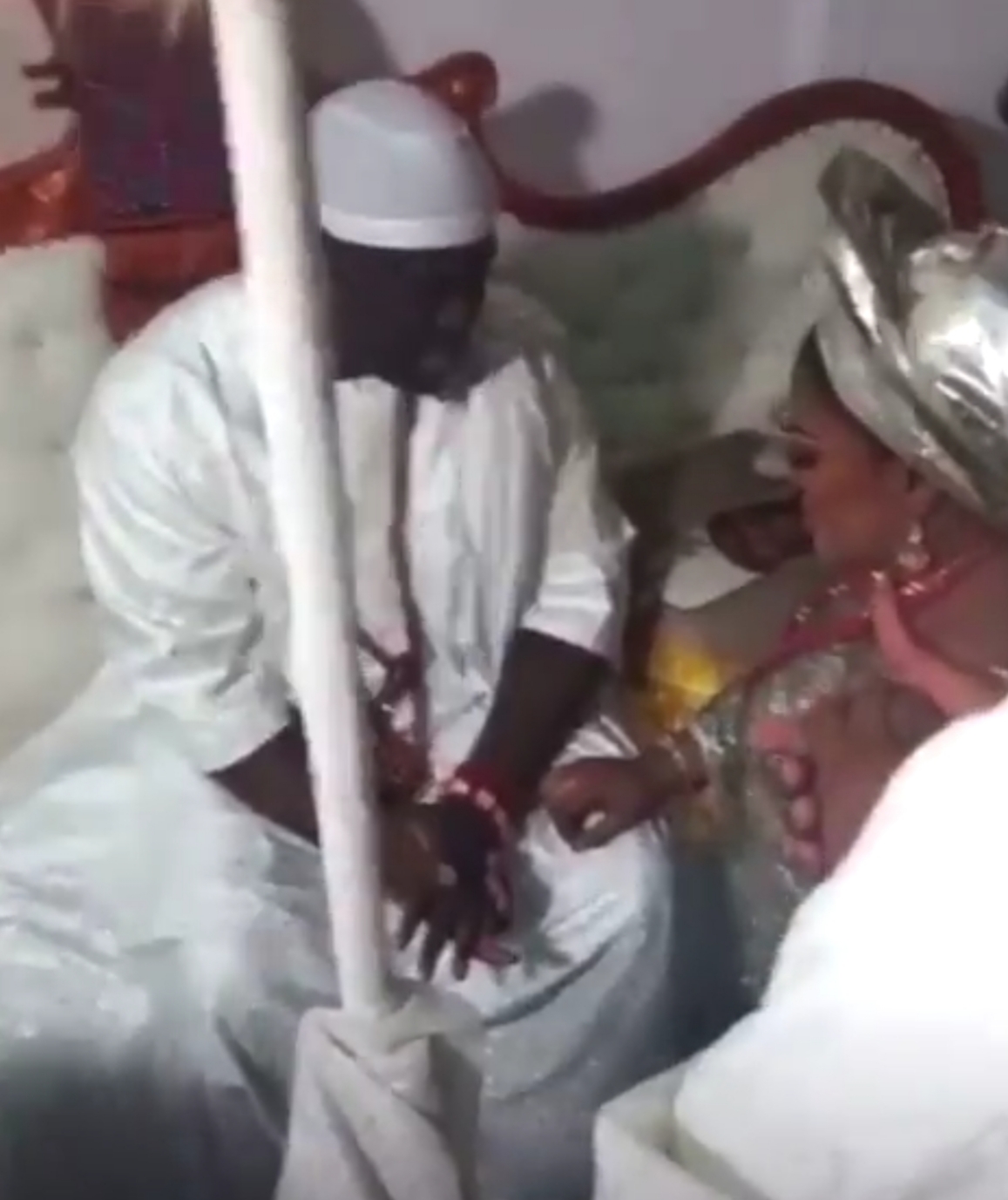 About 10 months after his wife Naomi left him, the Ooni of Ife, Oba Adeyeye Ogunwusi, late on Tuesday received a new wife Mariam Anako into his palace in Ile-Ife, Osun State.

The new wife was ushered into the palace after brief rites at the entrance to the premises.

She was thereafter led into the inner court of the palace to meet her husband and other guests waiting to receive her.

Oba Ogunwusi in a video shared on the Facebook page of his spokesperson, Moses Olafare, around 10:30 pm on Tuesday, was assisted by chiefs and close aides, in welcoming the new wife into the palace.

Also, Ooni elder brother, Sooko Adegboyega Ogunwusi, and the monarch’s other siblings were also mentioned by the compere at the ceremony as being present.

During the ceremony, Anako’s relations from Ebiraland in Kogi State and Ilorin in Kwara State were also present and they took turns to greet Ooni.

The new wife was coming into the palace about 10 months after Naomi Silekunola, the last wife of the monarch left him.

Specifically, Naomi announced separation with the monarch on Thursday, December 23, 2021, thus ended a marriage that produced a son, Tadenikawo, and lasted about 3 years.

Ooni’s spokesperson, Moses Olafare, could not be reached for further comment on Wednesday as calls to his line rang out.