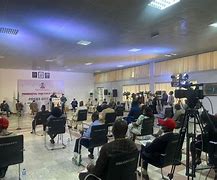 The Presidential Task Force on COVID-19 on Monday confirmed the discovery of the United Kingdom COVID-19 strain in Nigeria.

PTF Chairman and Secretary to the Government of the Federation (SGF) Boss Mustapha who made this known, expressed concerns about the increasing number of COVID-19 cases and deaths in the last one week.

According to him, the PTF has been monitoring developments around case management, infection, deaths and new trends.

Speaking on the new strain in Nigeria, the SGF explained that four persons had been diagnosed with it, adding that while three were travellers from Nigeria to other places, the fourth cases was discovered in the country.
Mustapha said: “Our scientists have been sequencing the variants of the virus. There have been reports of cases with the B117 variant strain, first reported in the UK, found in Nigeria. Three of these were in travellers out of Nigeria and one in a resident.”

He said the PTF planned to put up containment actions to slow down the spread of the virus, with special attention to be paid to high-burden council areas.
Mustapha also explained that though the five weeks of observance for guidelines introduced for the third phase of the eased lockdown had expired, the set of measures assembled for the period would be sustained for another month, citing increasing numbers as a reason.
Mustapha said: “The PTF is improving on the International Travel Portal to minimize the challenges passengers keep encountering. Similarly, it is reviewing the guidelines on the implementation of phase three of the eased lockdown which is due to expire today (yesterday).

“In view of the fact that our numbers are not abating, all extant measures prescribed in these guidelines are (subject to some modifications) extended by a period of one month with effect from Tuesday 26th January, 2020.

“These measures, by way of reminder, include: advisory to the sub-national entities to enforce adherence to non-pharmaceutical initiatives already well publicised; sanctions against international passengers that failed to show up for day-seven post arrival testing.

“Implementation of the National Testing Week Strategy (450/774 tests); sustaining the hours of curfew; and the decision to direct government employees on GL 12 and below to work from home till the end of January.”

On the plans to acquire and distribute COVID-19 vaccines, he assured Nigerians that there was no need for hesitancy as only trustworthy and safe vaccines would be allowed in the country.

He also used the medium to warn against patronising unverified sources for the vaccine.
He said: “The effort to access and deploy vaccines is progressing and as already announced by COVAX, the initial 100,000 doses Nigeria is expecting will arrive in the early weeks of February.
“We wish to assure all Nigerians that the vaccines will be safe and effective when eventually it is deployed. We enjoin everyone to join in the campaign to eliminate vaccine hesitancy.
“I have to however, advise all Nigerians that the only source of vaccines that is safe and effective in Nigeria is through the channels of the National Primary Health Care Development Agency (NPHCDA).
“Please, do not patronise any one hawking or marketing vaccines”, he warned. The Hon Minister of Health and the ED-NPHCDA will elaborate on the vaccines issue, he added.
The minister also expressed his delight in the gradual improvement so far observed with case management, even as he spoke of top preparations for the upcoming national testing week.