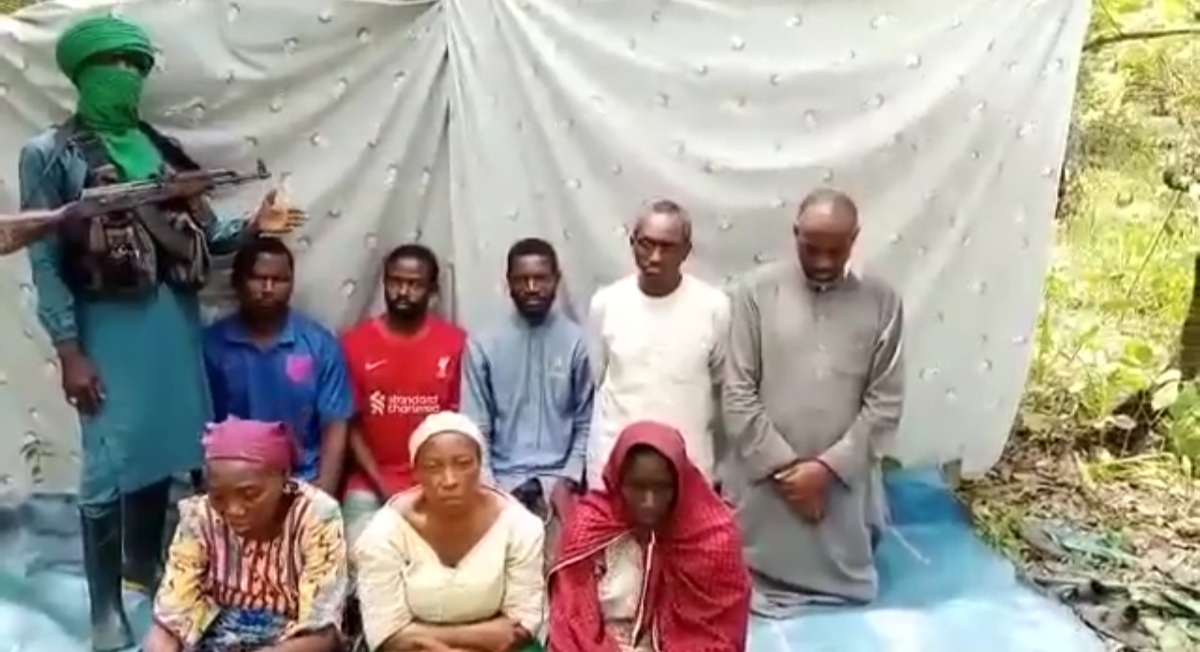 Victims who were kidnapped when terrorists attacked their Kaduna-Abuja train have asked the Federal Government to quickly come to their aid.

In a video released by the terrorists who captured the train passengers on March 28, 2022, the victims recounted their ordeal.

A train headed for Kaduna from Abuja was intercepted by terrorists, less than 20 minutes to its destination.

While nine persons were shot dead, some sustained injuries and over 60 passengers, including children and elderly persons, were abducted.

The terrorists have released several videos of the victims since the abduction took place.

In one of such videos, they threatened to kill them if the Federal Government failed to heed their demands, among which are the release of their children and some insurgent commanders.

In a new video, eight of the captives – five men and three women – called on the Federal Government to accede to the demands of their captors. While the men knelt, the women sat on a mat as flies hovered around them.

A gunman who appeared in the video said the government could either listen to the victims or abandon them.

Another victim, who identified herself as a classmate of Vice-President Yemi Osinbajo at Law School, broke down in tears, saying she was disturbed by the plight of her son whom she said is a “sickler”.

“My name is Gladys….I’m pleading particularly to professor Yemi Osinbajo who was my class mate 78/79 law school. You are a grandfather and a father; come to our aid because we have been here for 62 days and I have a son who is a sickler; I don’t know his condition now.”

“I am pleading that the Federal Government and Rotimi Amaechi who is the minister of transportation to please come to our assistance. I’m pleading. We are all sick. Right now I’m even sick too. But for my son who is a sickler, I don’t know his condition. I am appealing to the federal government,” she said.

BREAKING:Okorocha Returns To Detention After Arraignment