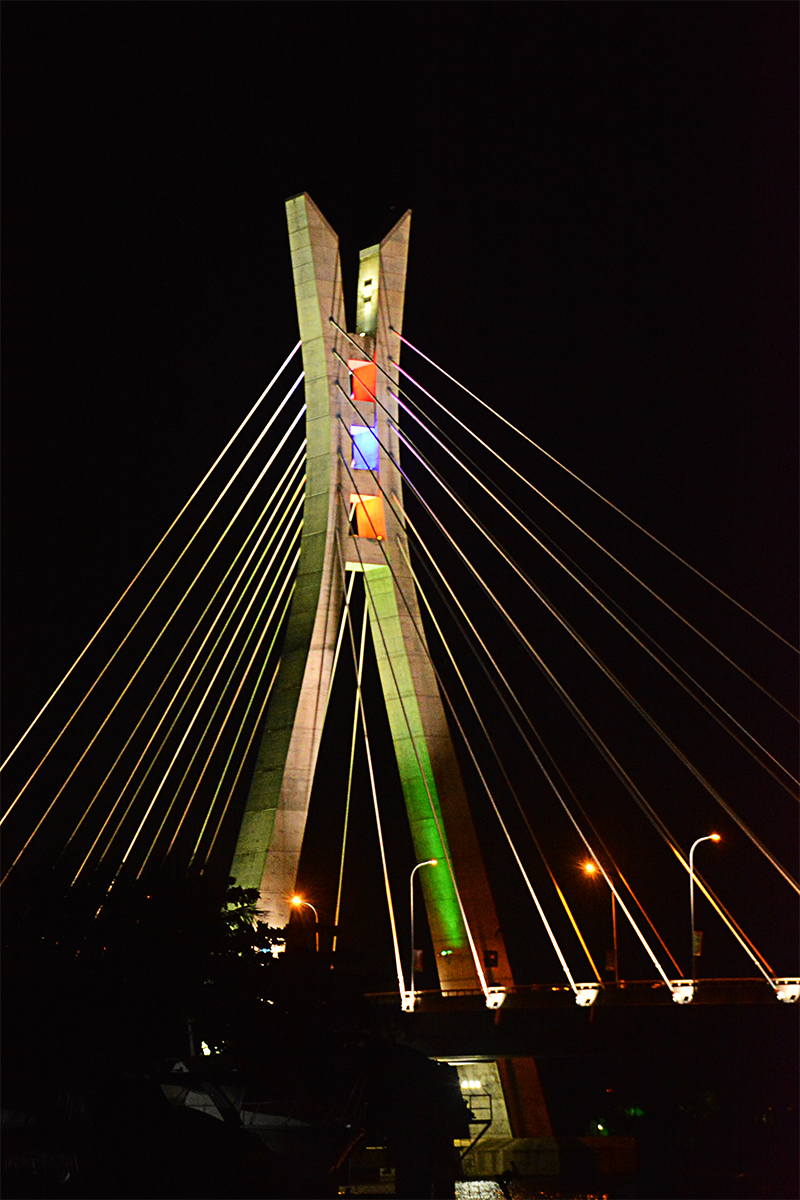 The Lekki-Ikoyi Link Bridge on Friday morning witnessed heavy security presence as the Lekki Concession Company (LCC) over the resumption of tolling at the bridge.

No fewer than five police patrols were stationed at strategic locations of the bridge to prevent any breakdown of law and order.

Also officials of the LCC were at various corners of the tolling corridor as vehicles were seen passing the bridge.

It was learnt, however, that contrary to an earlier announcement, payment of tolling using the upgraded electronic tag introduced by the LCC would commence today.

There has been protest especially from residents and some activists against the resumption of tolling in the two Plazas- the Lekki-Ikoyi and the Lekki-Epe Expressway.

Tolling was suspended in the aftermath of the 2020 #EndSARS protest which climaxed in the destruction of tolling facilities in the two plazas and the spontaneous attacks on government facilities across the state.

The LCC, the organisation in charge of tolling at the Lekki-Ikoyi Link Bridge and Lekki-Epe Expressway had earlier sensitised residents to the resumption of the tolling.

Officials of the LCC took over the toll plaza on April 1, 2022, but it was made free for all categories of vehicles while payment would resume on 15.

However, residents living on the Lekki corridors had on Tuesday called on the government to put its decision to reopen the plaza on hold.

The Commissioner for Transportation in the state, Dr. Frederic Oladehinde, defended the decision to reopen the tolling, saying it was in the interest of the state and the need to protect investors.

He said: “I know a lot of Lagosians are unhappy that the Lagos State Government is taking steps to reopen the toll gate, but we need to know that we are doing this in the best interest of all parties, including investors, who have always requested we guarantee the safety of their investment.

“We should not forget that the business in question is somebody’s business and it has been in jeopardy since it was burnt and shut down 18 months ago.

“A number of investors approaching the government with the intention of partnership for the provision of critical infrastructure are looking at us and will want assurance that their investment is safe and secure. They will take their investment away if we cannot give them that guarantee and secure their business and investments,” Oladeinde said.

Ahead of the reopening, the LCC has advised motorists who have the old e-Tag which has now expired to contact its customer service for the upgrade.