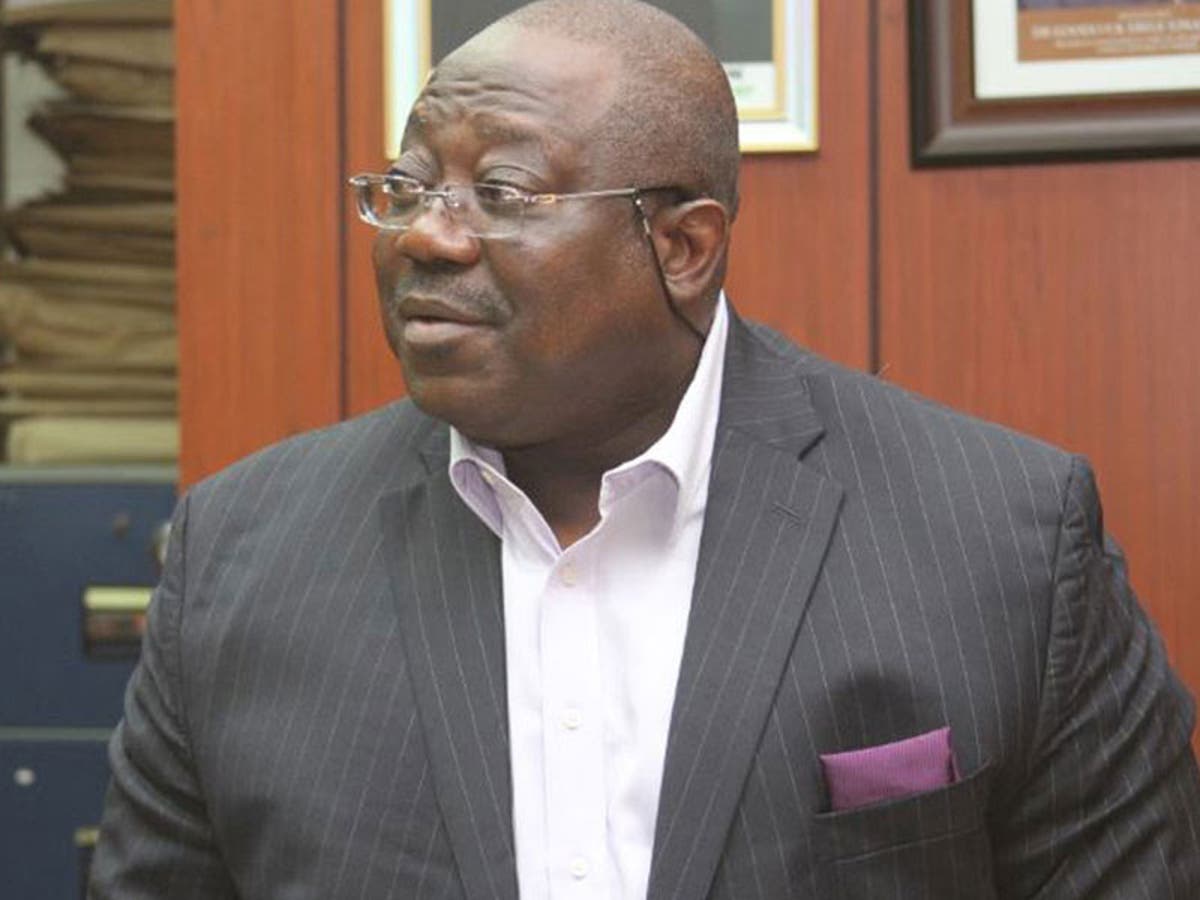 We live in a VUCA world—vulnerable, uncertain, complex and ambiguous. And it takes little reflection for anyone to see how this is immediately so. While the idea of a VUCA world was introduced into the lexicon by reflection on strategy and leadership, the COVID-19 pandemic has added an aggravated dimension to how vulnerable, uncertain, complex and ambiguous the world is. Everything that constitutes axioms that define our normality has been upturned and shattered. Each region of the world is then left to come to terms with the uncertainty and to address it in its own way.

While wrapping my head again around the idea of VUCA, I could not but be drawn into the philosophical idea of existentialism, and the historical exigencies that brought it into existence. The Second World War contributed in no small measure into shaping the philosophical framework of existentialism. Contrary to the rationalist’s perception of the world as being grounded on the infallibility of reason, the existentialists learnt from historical circumstances to adumbrate a view of reality founded on instability. To borrow Heidegger’s graphic statement, we are “thrown into the world” where our fundamental freedom is curtailed by meaninglessness and uncertainty. Existence—in the throes of frustration, dread, anxiety, sickness, and finally death—therefore defeats our most optimistic human aspirations. COVID-19 could only happen in such a VUCA world the existentialists foresaw.

And nowhere is this VUCA reality more distinct and brutal than in the third world—Latin America, Asia, Africa. One of the fundamental ideas behind the concept of “development” and “underdevelopment” is the extent to which the developed countries, compared with the underdeveloped ones, have been able to reduce the VUCA reality in their institutional and governance dynamics. A country could be considered underdeveloped because it has no structural and procedural means by which it could preempt adverse circumstances and disasters, like the COVID-19. I can immediately anticipate the spate of objections that will point at the relative ease with which the pandemic undermined the stable institutions and developmental assurances of Europe and North America. This is a demonstrated fact. And I agree. But something is still off about underdevelopment.

This is where I bring in the subject matter of this piece—the idea of resilience as a governance and development concept. This is a concept that has made its way from self-help discourse to national characterization. For instance, the resilience of Nigerians has been widely celebrated. In 2018, the World Happiness Report (WHR) ranked Nigeria as the 5th happiest country in Africa, and the 91st in the world. The 2020 Report drops Nigeria to 115th place in the world, and the 17th in Africa. Despite falling in the ranking, one still wonders what about Nigeria’s postcolonial and post-independence development predicament could make Nigerians one of the happiest people in the world. Fela Anikulapo Kuti’s famous song, “Shuffering and Shmiling,” best captures the situation in which Nigerians resiliently keep moving forward beyond every development obstacle that makes their lives a living hell.

But the plunge in the WHR tells more than a statistical story. It speaks to something more fundamental about our state of existence as a nation, as well as our governance dynamics, and its capacity to achieve well-being. The rate at which otherwise successful people have been committing suicide suggests that the famed resilience of Nigerians has been overstretched and their legendary coping mechanisms are beginning to wane. And this is precisely a tragic example that teaches a significant development lesson—the need for a national resilience benchmarking in Nigeria. One brutal fact of Nigeria’s underdevelopment is that it is missing out on many significant institutional correlates of development and good governance. For instance, there is no national integrity system, just as there is no national resilience policy and standard.

What is resilience, in developmental and governance terms? The Committee on Increasing National Resilience to Hazards and Disasters, in Disaster Resilience: A National Imperative, defines resilience as “the ability to prepare and plan for, absorb, recover from, and more successfully adapt to adverse events. Enhanced resilience allows better anticipation of disasters and better planning to reduce disaster losses—rather than waiting for an event to occur and paying for it afterward.” This definition makes resilience the existentialist idea par excellence! Resilience enables a state to build into her development framework institutions, dynamics and structures that both anticipate and preempt disasters. And it is the presence of these resilience standards and systems that defines the difference, for instance, in the way the COVID-19 pandemic has been handled in, say, the United States and Nigeria.

In this context, it will be too trite to complacently point at how the pandemic has ravaged Europe and North America, or how Nigeria—as well as many other African countries—have been able to fare better than the so-called developed countries. First, no one has an explanation yet as to why the virus has not been as devastating as it was projected to be, given Nigeria’s poor healthcare and socioeconomic realities. But second, and more fundamentally, Europe and North America have in place anticipatory institutional and governance mechanisms that kicked in to alleviate even the enormous weight of the pandemic on their citizens. Long and short: Nigeria, like most other African countries, do not have systemic strategies in place to confront and alleviate the consequences of systemic threats.

READ ALSO: The Importance Of Goal Setting For The New Year

Establishing a national resilience system in Nigeria is a singular development imperative that must be facilitated if the development vision and strategies of the Nigerian state would no longer be subject to occasional and regular disasters over which we have no immunity. However, the emergence of such a resilience system will be conditional on so many other variables defined by Nigeria’s national integration dynamics. In other words, to be able to achieve resilience as a state, we need to first learn, unlearn and relearn so many other things that will enable us to live and develop together. In my little book, The Joy of Learning (2009), I outlined a learning imperative that I consider to be critical to both a national value reorientation and cultural adjustment programme that will assist Nigerians in coming to terms with our plural situation, and learn from it. One critical pillar in learning throughout life is what has been called “learning to live together.” This requires not only developing an understanding of other people and their differences, but also coming to deep knowledge and appreciation of how these different people are also so much like us, and how we can only function by being interdependent. Thus, to be able to stand together in the face of disaster and other systemic threats to our development, we need to first stand together and appreciate our plural relationship.

This is where the Nigerian educational system becomes a critical component in the need for a national value reorientation and cultural adjustment programmes, two fundamental prerequisites to achieving the institution of a national resilience system. Nigeria’s educational system must be capable of generating curricula, syllabuses and other orientation schemes that will not only educate on the imperative of the reevaluation of values that have weakened our unity and those that can sustain it. They also can be imbued with contents that speak to resilience as an alternative philosophical and methodological framework that can complement conventional risk assessment methodologies to enable us to develop an adaptive mentality and systems that can combat systemic threats. And one will be surprised at some of the academic texts that can generate insights about resilience.

An instance will suffice. As a literature student in those days, reading Jane Austen’s novels, and especially the most famous one, Pride and Prejudice, was no joy for me. And that could have been because her context did not resonate so much as, say, Things Fall Apart. But I have come to realize what I had missed in not taking the time to be patient with Jane Austen. Her novels offer precious insights on resilience. In Jane Austen’s novels, her life trajectory blurs into those of her heroines as a study in perseverance and resilience against the instability of a society that hardly thinks the woman is human. And yet she survived and became sturdy. Reading any of Jane Austen’s novels, together with, say Chinua Achebe’s or Wole Soyinka, could serve a syllabus meant to transform our mentality about resilience and its fundamental role in injecting strength into Nigeria’s governance and developmental framework and dynamics.