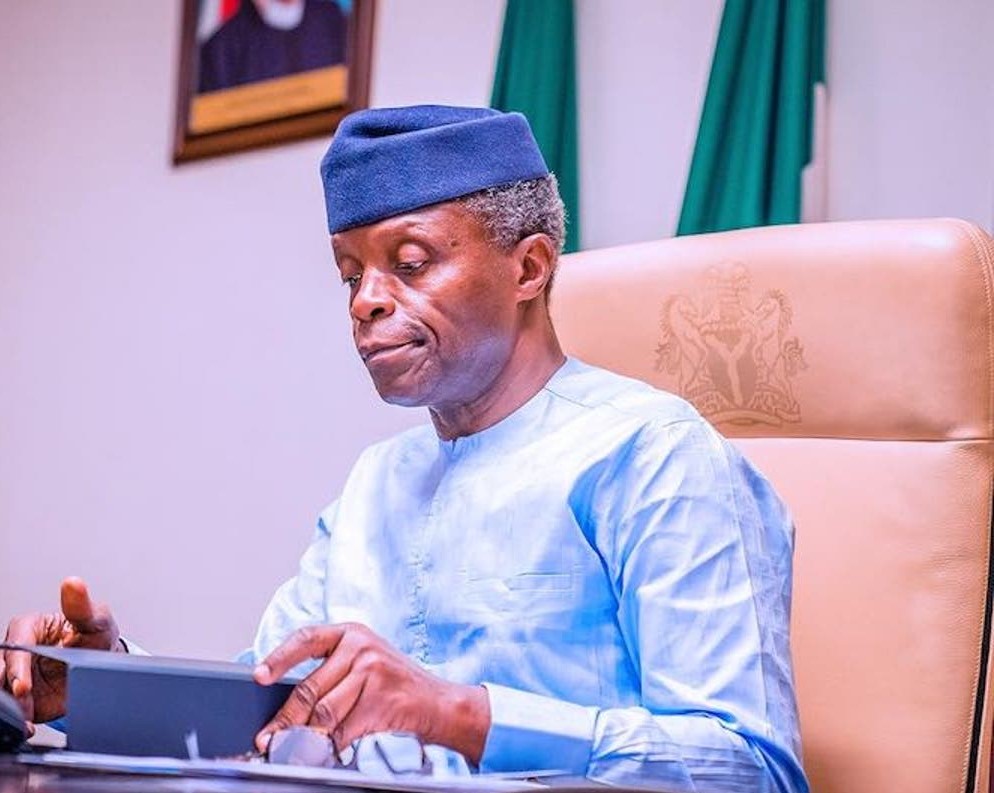 As part of activities to usher in the All Progressives (APC) National Convention in Abuja, thousands of Vice President Yemi Osinbajo’s supporters organised a solidarity rally at the Maitama Amusement Park, Abuja.

The supporters stormed the area on Friday with banners and placards with inscriptions such as “We support Vice President Yemi Osinbajo”, “Osinbajo for President”, “Osinbajo is the man for the job”, among others.

Abuja was agog with celebrations, cars honked, people waved brooms in the air, while some wore replicas of Osinbajo’s cap, reiterating that Osinbajo has what it takes to sweep out the nation’s endemic corruption.

They vowed that the vice-president, if given the opportunity, will consolidate on the gains of the current administration, while he will also assiduously work to improve and block loopholes in the Nation’s economy.

One of the supporters at the venue, Mr. Femi Olaiya, of the Osinbajo Think Tank Group Lagos, said the supporters were in Abuja to lend their voices to Vice-President Yemi Osinbajo to run for office in 2023.

He added that Osinbajo has proven to be the man who has what it takes to pick Nigeria out of the doldrums.

“We need a leader who understands how it works; a leader who has the grit. The man for the job is VP, Yemi Osinbajo. However, we wish all the aspirants who emerge as the party’s leader successful tenure in office”, he said.

He therefore called on the vice-president to declare his interest in the office of the president now, emphasizing that the party’s zoning will favour Osinbajo.

An Okada rider, Suleiman Muhammed, said Osinbajo is the people’s choice, stressing that the vice-president has warmed himself into people’s hearts.

He called for the formation of a coalition of major stakeholders in the parties, and give Nigeria the first real opportunity in history to confront the current challenges facing the country.

Why I Defected From PDP To NNPP – Kwankwaso