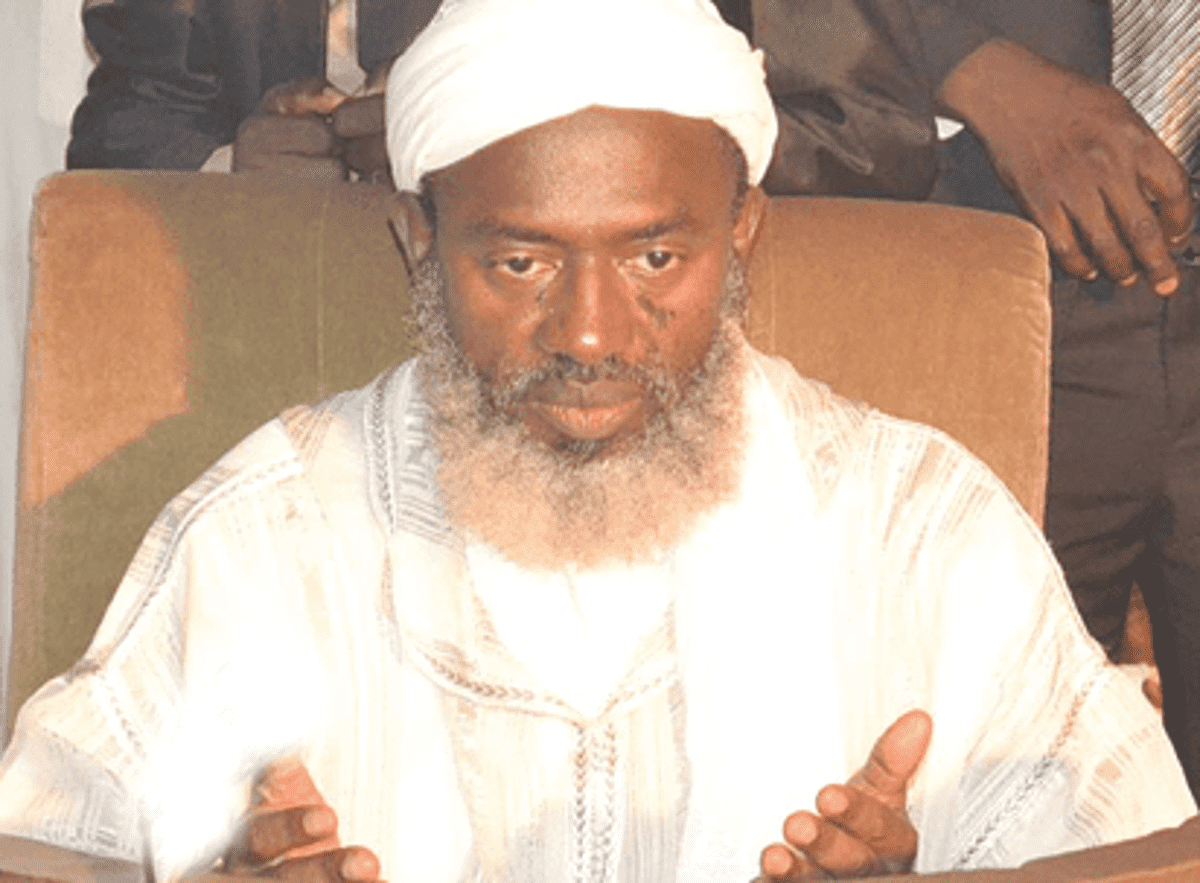 For bandits to stop their activities , Nigerians should learn how not to address them as criminals , Islamic cleric Sheik Ahmad Gumi has warned.
Gumi who spoke on a television programme today said that the media were stoking the insecurity by describing the bandits as criminals.

According to him, if the media want them to surrender, they should not be castigated and referred to as criminals but nice words should be used to describe them.

“You’re emphasising criminality, even the press are criminals too because they are putting oil into fire.

“These people are listening to you, you should not address them as criminals if you want them to succumb,” he said

He continued: “Youths are ready to put down their weapons, now you are calling them criminals. How do you want them to cooperate?
“So you have to show them they are Nigerians, that they should not hurt children, be law-abiding. This is the language we want to hear the press should assist us in getting the boys.

“You see when we talk with them with nice words, they are ready to listen to us, put down their weapons but when the language is about criminality, killing them, then this is what we will keep having.”

Referring to the recent threat by Niger Delta militants, he said Nigeria was facing a nationwide problem and that the country should listen to their demands and strike out the word “criminality”.

“Let me show you something, I don’t wish you harm but if you are stopped by armed robbers on the road, you will not use the word criminal on them.

“Tell them good things so that you will save yourself. We are trying to save the nation from these youths that have a false sense of authority. The language we use is very important,” he said.

“We have a problem now, proliferation of arms, and there are drugs and semi-illiterate population. How do you deal with these ? By castigating them and abusing them in the media?

“You’re talking to yourself, they don’t even listen to you so the best for us is the clergymen, the respected people, elderly try to reach them.

“Put sense into them, when you go, they lower their heads, they will listen, they will start giving excuses, accept their excuse but show them the way out. We are trying to nurture them out of this criminality.

“You have the power of media, you should use it to bring people together not try to spread things that divide people.”