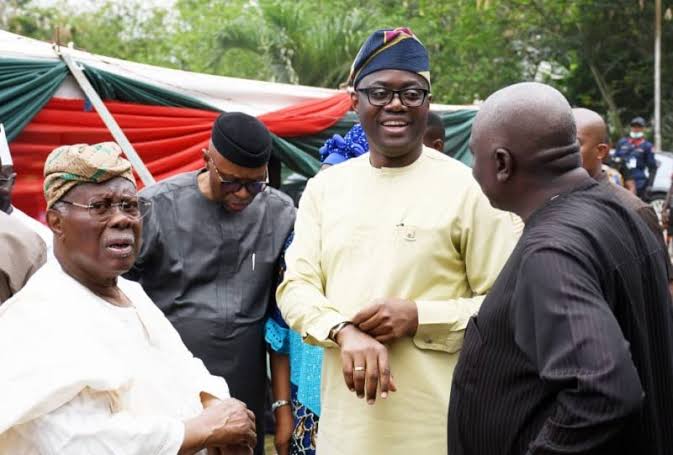 The Peoples Democratic Party (PDP), South-West Zone, on Tuesday insisted that Nigeria’s next president should emerge from the Southern part of the country.

The party, at an extended zonal caucus meeting held at the Oyo State Government House, Agodi, Ibadan, said that it was in support of the position of the Southern Governors’ Forum that Southern Nigeria should produce the next president.

This was as the party reaffirmed its call for the restructuring of Nigeria, stating that it will support all efforts geared towards national cohesion through equitable distribution of federal positions and appointments among the geopolitical zones of the Federal Republic of Nigeria.

According to a communique read by the party’s National Vice Chairman, South-West, Hon. Olasoji Adagunodo, the party has resolved that the unity of its members in the zone is non-negotiable and that all mechanisms for dispute resolutions must be on the front burner.

The party equally resolved to do everything within its power lawfully to win the forthcoming elections in Osun and Ekiti states.

A statement signed by the Chief Press Secretary to Governor Makinde, Mr. Taiwo Adisa, indicated that the governor, who is the leader of the party in the South-West, was commended by the caucus for his infrastructure development strides and his efforts in repositioning the PDP across states of the zone.

In his keynote speech, Governor Makinde called on all members of the party to de-emphasise whatever issues they have with individuals and unite in the interest of the party both at the zonal and national levels, as according to him, the South-West zone remained critical to the success of the PDP in the country.

He said: “We are in the election season already. The timetable is out and candidates for various positions will emerge within the next eight to nine weeks. And as PDP South-West zone, what position are we presenting?

“We know that if South-West and Yorubaland is not peaceful, things would not also be settled nationally. “That is just the fact. We have also gone through the path that, because of disunity, we were left out in the scheme of things.

“When the founding fathers of this party came together, they spoke about fairness, equity, justice and they decided that the six major positions nationally must be shared among the six zones of Nigeria. That has always been the case until 2011. Because of the in-fighting, disunity, the South-West did not have a single position out of the six national positions.

“But the only way it won’t happen again is for us to unite and de-emphasize whatever issues we have with ourselves individually. “We must come together to tell ourselves what we are going to demand nationally.”

Governor Makinde maintained that though the South-West PDP had three opportunities through the off-season elections in Ondo, Ekiti and Osun for the governorship seats, in-fighting has already made it lose in Ondo State.

“I do pray because I know we have another opportunity to support our candidate in Ekiti State, so that in two months plus, we will have a governor-elect in the state.

“We also have Osun State, which practically is in a difficult situation. They have issues from the governorship primary, which is not supposed to be. South-West is known as the zone to provide leadership for this country.

“Truth is, we are going to be the ultimate losers and what happened in the past will happen again if we don’t get our acts together.

“I make bold to say that those aspiring for the presidency and are using our people against us, there are only two and a half months left. You can force yourself to win the party’s primary but can you force yourself on the populace?

“This is an opportunity for us to recalibrate and have a common position, moving forward in the national engagement with the unfolding scenario nationally.”

Reading the communique at the end of the meeting, Adagunodo said: “The unity of the PDP South-West Zone is a non-negotiable issue, to this end, we demand that all dispute resolution mechanisms should be on the front burner.

“The PDP South-West Zone is in support of the Southern Governors’ Forum that the next president of the Federal Republic of Nigeria should come from the south.

“The zone commends the only PDP Governor in the zone, Engr. Seyi Makinde of Oyo State, for his infrastructural and development strides in the zone.

“The zone has agreed that we should do everything possible within our power to deliver Osun and Ekiti states to the party in their forthcoming offseason governorship elections.

“The South-West Zone reaffirms its position on restructuring of Nigeria.”

Others were the PDP Deputy National Chairman (South), Ambassador Oladejo Arapaja; former governorship candidates of the PDP in Ogun and Ekiti states, Hon. Ladi Adebutu and Prof. Olusola Eleka Kolapo and other former and serving PDP leaders at the national level.

Related Topics:2023 ElectionFeaturedpdpSouth South
Up Next

Ex-PDP Members Set To Take Over Leadership Of APC