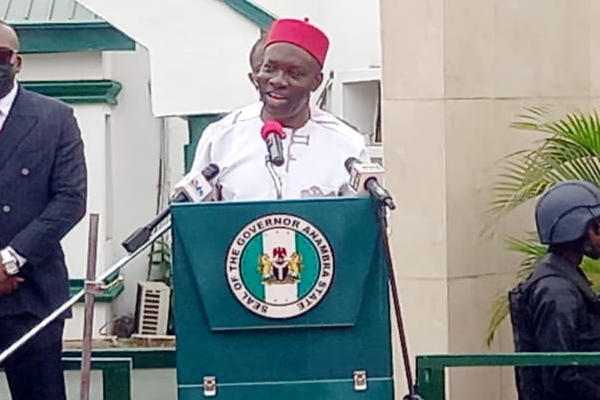 To enable Anambra State Governor, Prof. Chukwuma Soludo, to restore peace and stability in the South-East, he has set up a committee to investigate the true causes of the armed struggle in the region.

The Truth, Justice and Peace Committee, is to be headed by Prof Chidi Odinkalu, with Amb. Bianca Ojukwu as secretary .

The Secretary to the State Government, Anambra State, Prof. Solo Osita Chukwulobelu, who signed a press statement disclosing this, stated the terms of reference of the committee.

“The purpose of the Committee on Truth, Justice, and Peace is to seek a restorative justice approach for truth-telling or real facts, for the healing of the victims of the violence.

“Accounting for responsibility and accountability of the actors, conditional mercy for the repentant perpetrators, restitution for certain losses and rehabilitation of the perpetrators, for the overall aim of restoration of peace and justice as well as the promotion of development in the State, and the region/Nigeria.

“Terms of Reference for the Committee are: to identify the remote and immediate causes of the agitations, restiveness, violence, and armed struggle in the South-East since 1999.

“Document victims/circumstances of death, brutality and incarceration, identify stakeholders and groups who have played critical roles in the agitations and conflicts, their roles, capabilities and demands.

READ ALSO: Why I Began My Administration At Okpoko – Soludo

“Address any other issue(s) that may be germane to unravelling the extent of the crisis and charting the roadmap for the future and make recommendations for sustainable peace and security in Anambra state/Southeast,” he said.

Chukwulobelu said the committee which would have a direct reporting line to the governor, would be provided with administrative support to perform its duties, and would conclude its work no later than six months from its inauguration.