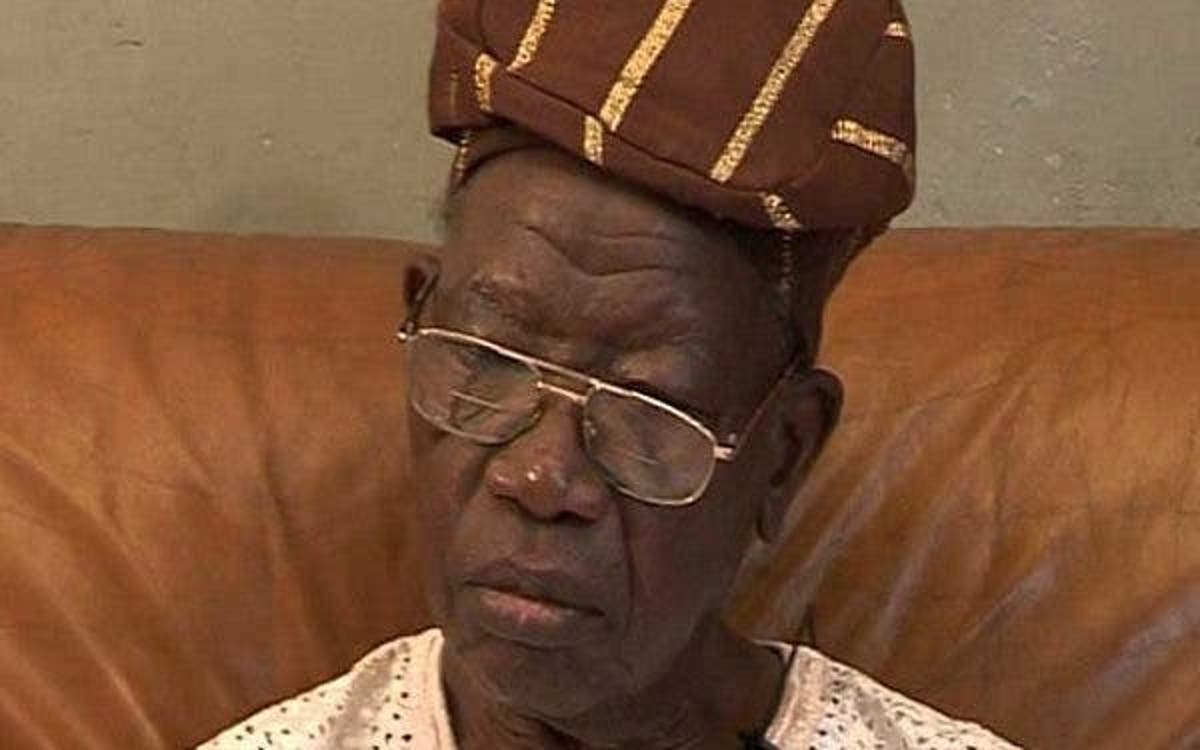 Jakande, a renowned journalist and elder statesman, who governed Lagos State during the aborted Second Republic between 1979 and 1983, died on Thursday at the age of 91.

Governor Sanwo-Olu, in a condolence message signed by his Chief Press Secretary, Mr. Gboyega Akosile, on Thursday said the late Jakande would remain one of the best public office holders in the political history of Nigeria based on how he transformed Lagos State and Nigeria during his tenure as Honourable Minister of Works.

The governor said Alhaji Jakande popularly referred to as ‘Baba Kekere’ brought a lot of development to Lagos State as governor between October 1,1979 and December 31, 1983 in line with the five cardinal programmes of the Unity Party of Nigeria (UPN), founded by the late sage and former Premier of the Western Region, Chief Obafemi Awolowo.

The governor also described the former Minister of Works as an epitome of honesty, dedication and selflessness, who used his elevated positions for the betterment of the people he served.

Governor Sanwo-Olu said the late Alhaji Jakande was one of the few Lagosians and Nigerian leaders that demystified politics by bringing governance closer to the people.

He said Jakande left with impeccable records in Lagos State and that is why he remains till date, a reference point for governors in Lagos and other parts of the country.

He said: “On behalf of the government and people of Lagos State, I want to express my sincere and heartfelt condolences to the family, friends and associates of the late Alhaji Lateef Jakande as well as members of the progressive community.

“No doubt, the death of Alhaji Jakande is a colossal loss to Lagos State and Nigeria. He made lots of positive impact and contribution during his lifetime to the growth of our dear state by introducing housing and educational programmes that targeted the poor, building new neighbourhood primary and secondary schools and providing free education for all.”

“Baba Jakande within his four years in office established the Lagos State University. His government constructed over 30,000 housing units,which were of great value to the masses.

“Having distinguished himself as ‘Action Governor’, Alhaji Jakande was appointed Minister of Works in 1993 where he replicated his developmental programmes, by building thousands of housing units in different parts of Nigeria as Federal Low Cost Housing Estates.

The governor added that the late Jakande’s selling point is not only in politics but journalism, his chosen profession.

“Alhaji Jakande also made remarkable contributions to the media industry as a respected journalist and media manager. He used the power of the press to influence positive changes in the country’s social and political landscape.”

The governor reminded Lagosians that the best way to immortalise ‘LKJ’ as the late Alhaji Jakande was popularly known, is to ensure that good governance the deceased advocated spread to every facet of the Nigerian society is sustained.
On his part, Abiodun has described the demise of the first civilian governor of Lagos State, Alhaji Lateef Jakande, as a colossal loss to Nigeria and journalism practice globally.

“Papa Jakande was a statesman of statesmen. He was not just a great disciple of the legendary Obafemi Awolowo, he carried the Awoist traits everywhere he went. Lagos has lost a visioner. The Awoists family has lost a great inheritor and practitioner of the great legacy and Nigeria’s progressive politics has been weaned of a model,” Gov Abiodun said in a condolence message issued by Kunle Somorin, the Governor’s Chief Press Secrtary in Abeokuta on Thursday.
READ ALSO:Makinde To Review Sacking Of FIBAN Members From BCOS
The statement further quoted Gov Abiodun as eulogizing the deceased elder statesman as a profound protégé of Papa Awo, an excellent welfarist, democrat and diplomat of the finest pedigree who was not found wanting in character and disposition throughout his professional and political career.

“There is no way good governance will be mentioned in Nigeria without a reference to the cerebral journalist and administrator, Alhaji Lateef Jakande. He was selfless; an embodiment of excellence in prudent management of men and resources both as a newspaper man and as governor of Lagos State. Everybody attests to his modesty and exceptional skills in managing the affairs of Lagos State even in the period of austerity measures.

“He simply was the best in his generation of governors and held in high esteem by succeeding generations of governors. To live in the hearts of millions even when we are no more here is not to die,”

“Papa LKJ was a great fighter who lived a great and exemplary life. He fought a triumphant battle against dictatorship and tyranny, especially in the colonial era and immediate post-colonial period as a journalist and politician. Many will remember him as the best governor in the Second Republic, renowned for his investment in education, housing and public infrastructure”, the statement continued.
LKJ was the last of the Unity Party of Nigeria-led LOOBO (Lagos, Ondo, Ogun, Bendel and Oyo), as the states were called when the country had a 19-state structure.
“While his role in the days following the annulment of June 12 election can never be forgotten, his achievements as Minister of Works between 1993 and 1998 still stand out till today. He was consistent in standing for truth and integrity throughout his sojourn life on this side of the divide.

“I recall that he stood like a rock of Gibraltar with the National Democratic Coalition (NADECO) and there is no way the history of democratic struggle in Nigeria can be written without his name not being emblazoned in gold. He may no more be with us physically, but his example of honour and dignity will continue to inspire future generations”, Gov Abiodun further stated.

The governor surmised that: “Baba Kekere (Junior Awo), truly fought a good fight all round. Glory to the Almighty for your life and for all that you stood (for). The entire country, Africa and the whole world will never forget your footprints on the sand of democracy

“It is my prayer that Almighty Allah grant Mama, the LKJ family, the government and people of Lagos State the fortitude to bear this great loss”, the statement concluded.
Read more authentic news on our social media platforms

APC And The Question Of Values