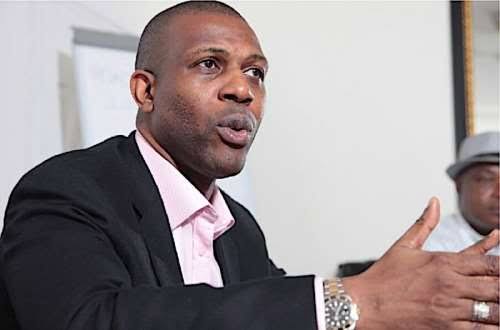 Some members of the All Progressives Congress (APC) are still protesting against the decision of the presidential candidate of the party Bola Tinubu to make a Muslim his running mate.

A former governorship aspirant of the party, Tonye Princewill, has resigned in protest against the choice of a Muslim running mate, describing the move as “immoral and insensitive”.

Princewill accused his now erstwhile party of immoral conduct and acting against religious sensitivity in a pluralistic democracy like Nigeria in the selection of its vice presidential candidate.

He stated this in a letter he personally signed informing the party of his exit from the party for fielding a Muslim/Muslim ticket for the 2023 presidential election.

A part of the letter, which was made available to reporters reads:

“I can’t argue for equity in my state and defend inequity in my country….I cannot defend the decision of my party, in fielding a Muslim-Muslim ticket, especially, at a time like this, against all protestations from well-meaning Nigerians, across religious and political divides.”

“It sets a very wrong precedent, it is totally insensitive and even if you win, will prove bad for good governance.”

“Under these dire circumstances, I find no justification to still remain, in good conscience, a member of a political party that subordinates electoral victory, OVER the safety of lives and the peace of mind of its citizens.”

He condemned Tinubu and APC’s decision to disregard the clamour for a Northern Christian as a vice presidential candidate, stressing that his continued stay in the party will connote his alignment with such insensitivity and disregard for equitable engagement with the Nigerian people.

“An APC party that totally disregards the basics of the same equity we preach, is alien to me. Buhari resisted the same temptation and chose a little known Osinbajo and won. By doing this, Tinubu is saying that a Northern Christian has no electoral value. My staying means I agree.”

The exit of the Kalabari prince followed a pattern of unprecedented resignation of members of the embattled party in the state with the likes of former acting Managing Director of the Niger Delta Development Commission (NDDC), Ibim Semenitari, former federal lawmakers, Dr. Dawari George, as well as, members of the Senator Magnus Abe’s faction of the party resigning from the party.

On his part, a former chieftain of the PDP in Rivers State, Opunabo Nko-Tariah, in a television programme monitored from Port Harcourt on Tuesday, July 12, 2022, also thumbed down the APC and Bola Tinubu’s decision to fly a Muslim-Muslim ticket.

Opunabo Nko-Tariah
“It is not about competence as espoused by Tinubu but about winning the election. He thinks Kassim Shetima will deliver the Northern votes that will help his party win.”

“He does not care about Nigerians and their feelings otherwise he will not make such choice. Is he saying that he couldn’t find a competent Christian anywhere in the North?”

The All Progressives Congress (APC) has, however, dismissed concerns raised about its decision to fly a Muslim-Muslim ticket, maintaining that it was waxing stronger and will retain power come 2023.

This position was advanced by the Publicity Secretary of the APC In Rivers State, Chris Finebone, who was reacting to the resignation of Semenitari, George and Princewill, insisting that the party is still very formidable without these individuals.

With the wave of resignations going on in the party, it is becoming clearer that the party’s gubernatorial candidate in Rivers State, Tonye Cole, may not have received wide acceptance among the party’s stalwarts even among the famous 19 elders of the party who sat and declared him as the preferred candidate of the party.

Why I Chose Funke Akindele As My Running Mate – Adediran