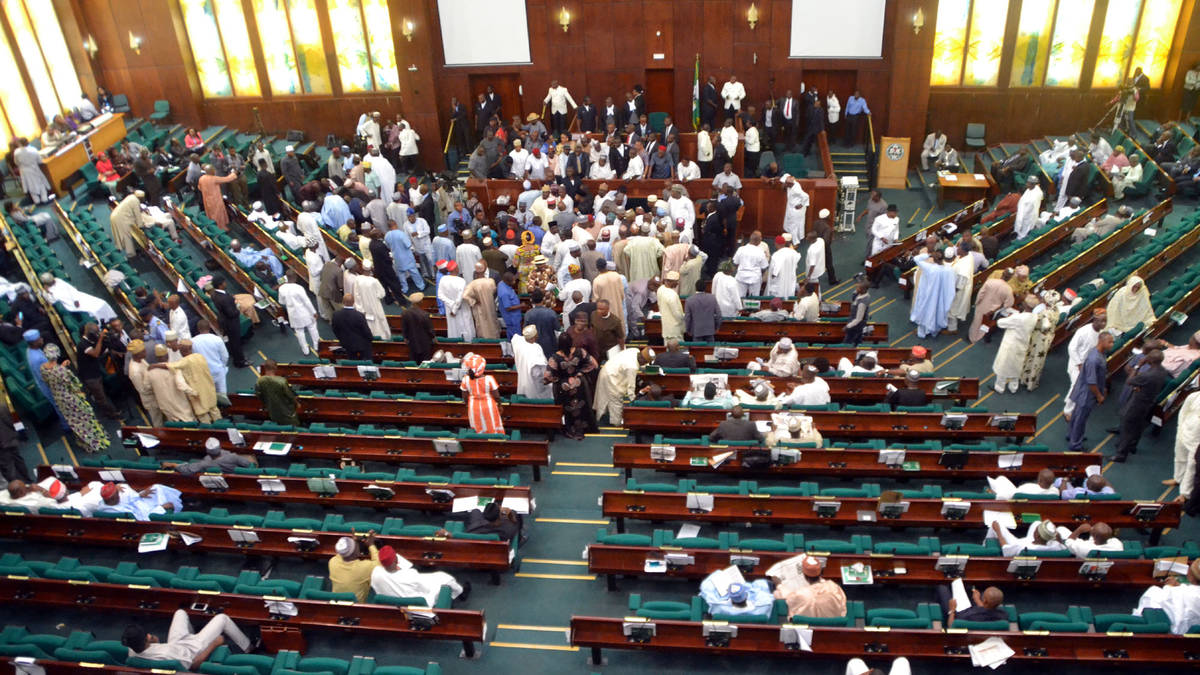 Miffed at a ruling by Justice Evelyn Anyadike of a Federal High Court sitting in Umuahia, Abia State, to delete the provisions of Section 84(12) of the Electoral Act 2022, the House of Representatives is considering reporting her to the National Judicial Council.

Justice Anyadike’s nullification of the section empowers the Minister of Justice and Attorney-General of the Federation, Abubakar Malami (SAN), to delete the section from the Act.

The House also resolved to appeal the judgement and have it upturned.

The lawmakers also asked Malami to allow the National Assembly to exercise its right to appeal the case.

Several members of the House, at the plenary on Wednesday, criticised the judiciary and the executive of usurping the powers of the legislature, stating that only the parliament and not a presidential appointee can amend the law.

The Speaker of the House, Femi Gbajabiamila, said he got to know about the case in the media. He said he discovered that the chamber was not served any notice, since it was not a party to the suit.

Gbajabiamila said President Muhammadu Buhari was rightly advised to approach the National Assembly for an amendment to the Act.

The speaker stated that he would not sit back and allow the parliament to be ridiculed on his watch.

Gbajabiamila said it was curious that the National Assembly was joined in the suit and the judgment was secured from a court in Umuahia.

The speaker stated that the parliament must appeal against the judgment and ensure that it was set aside. According to him, it is a mistake and the lawmakers must correct it.

Gbajabiamila appealed to the AGF to “tarry” and not take over the responsibility of the National Assembly.

The Senate had also on Tuesday resolved to take a decision on the matter today.

Section 84(10) of the Act reads, “No political appointee at any level shall be a voting delegate or be voted for at the convention or congress of any political party for the purpose of the nomination of candidates for any election.”

On Friday, Anyadike had held that the section was unconstitutional, invalid, illegal, null, void and of no effect whatsoever, saying it ought to have been struck out.

A lawyer and chieftain of Action Alliance party, Nduka Edede, had approached the court, in the suit that had the Attorney-General of the Federation as the defendant.

Malami had said his office would accordingly give effect to the court judgment in line with the dictates of the law and the spirit of the judgment.

The minister said, “The judgment of the court will be recognised by the government printers in printing the Electoral Act.

“The Act will be gazetted factoring the effect of the judgment into consideration and deleting the constitutionally offensive provision accordingly.

“The provision of Section 84(12) of the Electoral Act 2022 is not part of our law and will be so treated accordingly.

“This is in line with the dictates of chapter 7, Part 4, Section 287 of the 1999 Constitution of the Federal Republic of Nigeria (as amended) on enforcement of decisions that make it a point of duty and obligation on all authorities and persons to have the judgment of the Federal High Court, among others, to be enforced.”

Meanwhile, the National Assembly had been divided over the ruling by a Federal High Court, Abuja, stopping the President Muhammadu Buhari,Minister of Justice and Attorney-General of the Federation, Abubakar Malami (SAN); and the parliament from tampering with the Electoral Act 2022.

While the Senate had insisted on going ahead to consider the request by the President, who asked the federal parliament to delete Section 84(14) of the new electoral law, the House said it would obey the court.

President of the Senate, Ahmad Lawan, had stated that the ruling by the FHC negates the principles of Separation of Powers. The chamber had gone ahead to consider the executive bill for second reading and voted against it.

However, Chairman of the House Committee on Media and Public Affairs, Benjamin Kalu, while addressing journalists on Tuesday, argued that the chamber would obey the Rule of Law principle.

Buhari, while assenting to the Electoral Act 2010 (Amendment) Bill at the Presidential Villa in Abuja on February 25, had highlighted sections of the new law that would revolutionalise the electoral system in the country but expressed reservations about Section 84 (12).

The President had last week officially conveyed his reservation about Section 84 (12) of the Act 2022 to the National Assembly, asking the lawmakers to delete it.

Why I Left Billions In Anambra’s Coffers – Peter Obi 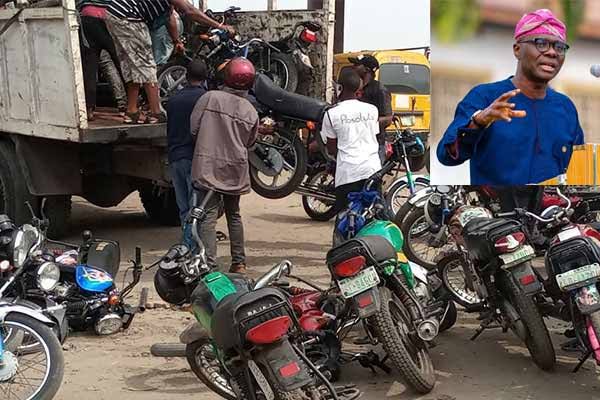 Against the backdrop of growing menace constituted by commercial motorcycles, popularly known as Okada, the Lagos State government has imposed a fresh ban to curtail the unruly activities of the riders.

Governor Babajide Sanwo-Olu, on Wednesday, announced a total ban on Okada on all highways across six Local Government Areas (LGAs) and nine Local Council Development Areas (LCDAs) of the State.

Effective from June 1, 2022, the governor directed security operatives to enforce the proscription order across the listed councils. The affected councils are Eti-Osa, Ikeja, Surulere, Lagos Island, Lagos Mainland, and Apapa.

The total ban order extends to all LCDAs under the listed councils.

The governor gave out the directive at a meeting with the Commissioner of Police, Area Commanders and Divisional Police Officers (DPOs) at the State House in Alausa.

The fresh Okada ban followed the February 2020 restriction placed on the activities of the commercial motorcycles.

Sanwo-Olu said the government took the decision in line with the State’s Transport Sector Reform Law of 2018 to immediately address the chaos and menace created by operations of Okada in the listed areas.

Sanwo-Olu told the police to enforce the order without compromise, sternly warning that the state government would not condone any security formation that relaxes the new ban in its jurisdiction.

He said: “After critical review of our restriction on Okada activities in the first six Local Government Areas where we restricted them on February 1, 2020, we have seen that the menace has not abated. We are now directing a total ban on Okada activities across the highways and bridges within these six Local Governments and their Local Council Development Areas, effective from June 1, 2022.

“This is a phased ban we are embarking on this period, and we expect that within the short while when this ban will be enforced, Okada riders in other places where their activities are yet to be banned can find something else to do. We have given the notice now and we expect all commercial motorcycles plying the routes in the listed councils and areas to vacate the highways before enforcement begins. The enforcement will be total.”

Sanwo-Olu advised residents patronising Okada riders on highways to embrace the alternative transport schemes already provided by the government to plan their journey. He said the government had provided Last Mile Buses, medium-capacity and high-capacity buses in the affected areas for the convenience of commuters.

The governor insisted that Okada riding on the highways remained unsafe and would no longer be tolerated. He said the state government had been ramping up construction work on its two rail line projects to further increase the choices of commuting for residents.

He said: “We have provided Last Mile buses in the affected areas; they are working and effective. We also have medium-capacity buses and high-capacity buses working in these areas. Before the end of the year, we are also bringing the rail along these corridors with their terminals. We have provided jetties as well to provide alternatives.

“We will not sit back and watch criminally-minded people use that mode of transportation (motorcycles) to perpetrate crimes and criminality in Lagos. Lives are being lost on a daily basis, preventable accidents are happening every day and the riders are not respecting any of our traffic laws. The situation has led to a complete breakdown of law and order. This ban has come to stay and we will not tolerate any weakness in enforcement.”

The Commissioner of Police, Abiodun Alabi, directed his men to ensure a complete enforcement of the governor’s order in the listed councils and areas.