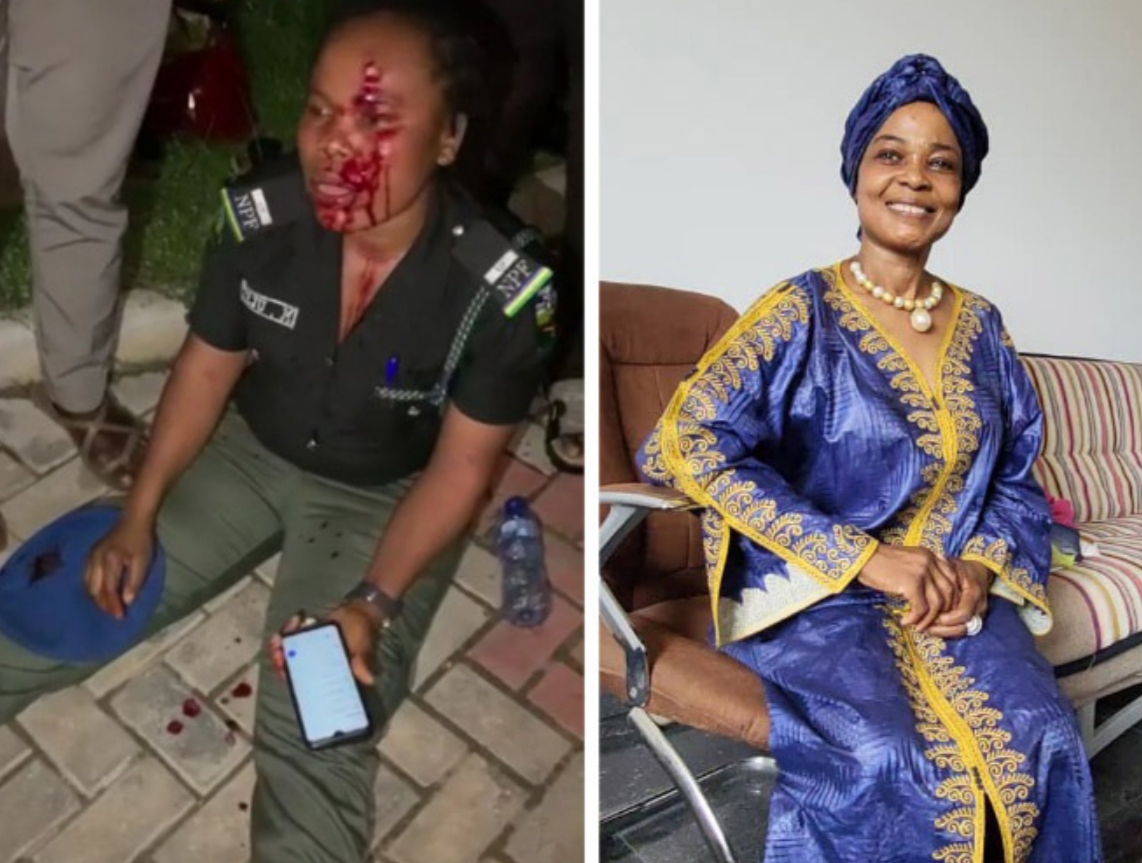 The professor, who was arrested alongside her housemaid, Rebecca Enechido, reportedly assaulted the orderly for refusing to do some domestic chores she assigned to her.

In a video clip that went viral on Wednesday, the officer is seen in uniform bleeding, seated on the floor and asking to be taken to the hospital for medical attention.

Force Public Relations Officer, CSP Muyiwa Adejobi, who confirmed the arrest in a statement on Thursday, said the police were going after a fleeing domestic worker complicit in the assault.

He said the Inspector-General of Police, Usman Alkali Baba, strongly condemned the assault and directed that the suspects should be prosecuted.

He said: “The IGP strongly condemned the grievous assault of a female Police Officer, Inspector Teju Moses, by her principal who is a legal practitioner and human rights activist, Prof. Zainab Duke Abiola and her domestic staff comprising the housemaid, one Rebecca Enechido and a male suspect currently at large.

“Zainab Duke, an Mbaise born activist, grievously assaulted her orderly in company of some accomplices on Tuesday 20th September, 2022 at her residence in Garki, Abuja, due to the refusal of the orderly to breach professional ethics by carrying out menial and domestic chores at her house.

“The IGP has directed the express prosecution of the arrested suspects who are currently in police custody, as the preliminary investigation shows overwhelming evidence of culpability on the part of the professor and her domestic staff.

“The IGP has equally tasked the investigative team to ensure that the fleeing suspect is arrested and made to face the wrath of the law. It is pertinent to clarify that the suspect, Prof. Zainab, who name-drops the IGP, his family members, and other officers in the top hierarchy of the Force has no acquaintance with the police in any form as erroneously peddled on social media.”

Adejobi said the IGP had ordered the withdrawal of all police personnel attached to the professor and expressed disappointment that an individual who claims to be an advocate for human rights could violate the rights of another person.