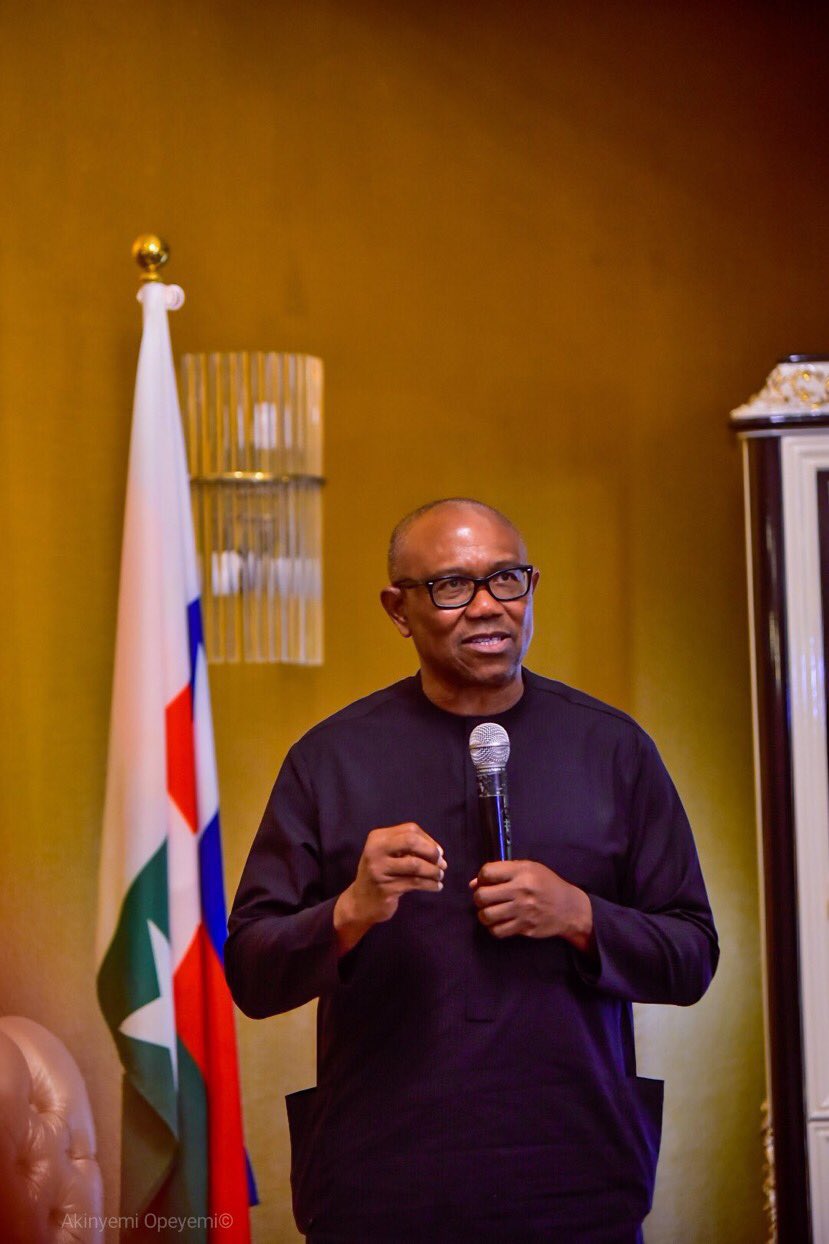 The Coalition for Peter Obi (CPO), an umbrella group for all Peter Obi support groups has written an open letter to the Independent National Electoral Commission (INEC) stating a list of demands that would prevent the disenfranchisement of over 30 million Nigerians who are eligible to vote.

The coalition in a statement by its Media Director, Chief Tochukwu Ezeoke, says it would embark on a civil protest if INEC fails to not only extend the deadline for permanent voters card registration and register new centres but, make an undertaking that all Permanent Voter’s Card (PVC) must be ready at least 60 days before the date of the election.

The letter reads: “An Open Letter from the Coalition for Peter Obi (CPO) to the Independent National Electoral Commission (INEC), concerning INDIRECT disenfranchisement of about 30m would-be Voters in the 2023 General Election.

“The Coalition for Peter Obi (CPO) is an umbrella organisation made up of various Peter Obi Support Groups with membership drawn from all walks of life, age groups, gender and ethnic nationalities in Nigeria and beyond. Our members are spread across the world and have chosen to synergize efforts and resources towards the single objective of entrenching good governance in Nigeria through a Peter Obi Presidency and continue with our mandates thereafter.

“The commission is aware that it was established in accordance with section 153(f) of the Constitution of the Federal Republic of Nigeria 1999 (as amended). The Core functions of the commission as stipulated in Part I of the Third Schedule to the 1999 Constitution are as listed below with particular emphasis to Subsection 5 where our concerns are captured:

“1. …
2. …..
3. ……
4. ……
5. Arrange and conduct the registration of persons qualified to vote as well as prepare, maintain and revise the Register of Voters for the purpose of any election under this Constitution.

“Every eligible citizen has the right to register and vote in democratic elections. However, the right to vote cannot be effectively exercised without a place to register, and Permanent Voter’s Card (PVC) ready for collection before the date of the election”

“Citizens’ right to take part in the election process must not be marred by huddles designed to disenfranchise them.”

The group went further to note that, “the percentage of eligible citizens that had registered and taken part in the previous election had hovered around 35%. We believe this number is very poor by every standard measurable and has made a concerted effort to ensure a sharp increase in the numbers through massive nationwide awareness and mobilisation campaigns as evidenced in the surge by new electorate recently.

“It is therefore sad, disappointing and disheartening that the commission is directly and/or indirectly disenfranchising almost 30m Nigerians via unacceptable conduct that in our opinion is clearly designed to limit the percentage of the population willing to take part in the 2023 election or a suggestion that this is the intention of the commission.

“Our members have complained bitterly and consistently of their inability to go through the continuous registration process as either there are insufficient staff members and/or computers devices at designated registration centres or insufficient registration centres due to the sudden surge and desire for the younger demographic to register and take part in the 2023 Election. We understand that some of our members had to take days off from their respective daily endeavours to register but sadly and disappointedly most did not succeed.

“It’s inexplicable and unacceptable that the commission cannot increase registration devices, staff and registration points for the 2023 election when it became obvious and demonstrably so that there was a huge surge of citizens willing to register for the 2023 Election.

“The core function of the commission is to conduct free and fair elections and it’s in the interest of the country that if not all, a reasonable percentage of the population take part in the election process. However where there is more than sufficient evidence to suggest otherwise and in particular pointing towards the commission’s tacitly disenfranchisement of citizens from the election process, we have the mandate of our members worldwide to embark on a CIVIL/PEACEFUL PROTEST if the commission fails to do the following:
1. Extend the deadline for registration until the end of September 2022
2. Increase Registration Centres, Staff and indeed be flexible to plug into locations provided by citizens in close proximity to their respective places of daily endeavours
3. An undertaking that all Permanent Voter’s Card (PVC) must be ready at least 60 days before the date of the election
4. There must be a platform where citizens can register exploitative and predatorial behaviour by the commission’s staff at registration centres for swift action.

“We need not remind the commission that a lot is at stake for the citizens in the 2023 election and as a matter of fact, some have suggested that the 2023 election presents a make or mar option for citizens with regard to trusting the electoral process. The integrity of the commission is clearly at stake and we hope that she fixes things up urgently. We expect the commission to live up to expectations and international best standards so that history can be favourable to her independence and proactiveness as well as deepen democracy and restoration of citizens’ trust in the democratic process.

“We believe that the commission is interested in leaving a record of quality credible service in the 2023 general election”.