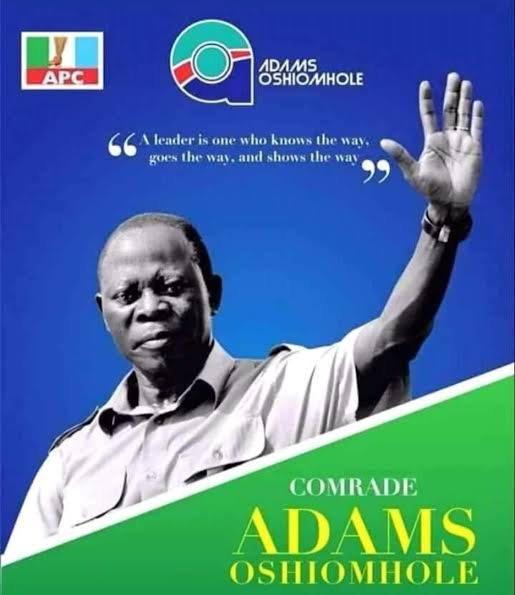 Ahead of the 2023 election, the former national chairman of the All Progressives Congress (APC) , Adams Oshiomhole, has reviewed his political options.

Instead of his earlier ambition to seek a senatorial seat, he now wants to contest for the presidency.

“I wish to specially invite you to Comrade Adams Oshiomhole’s public declaration to contest for the office of President, Federal Republic of Nigeria, in the 2023 general election, under the platform of the APC.”

It was clearly stated that the declaration will be held today (Friday) April 29th 2022 at the Cyprian Ekwensi Center for Arts and Culture, Area 10 Abuja.

The official declaration of the former Governor of Edo State would commence by 3:0 p.m.

Recall that Oshiomhole a few weeks ago during his 70th birthday party at his country home, Iyamoh announced his intention to contest for a seat in the senate.

Oshiomhole noted that he would be contesting for the Edo North Senatorial seat on the platform of APC in 2023.

The seat is currently being occupied by Senator Francis Alimikhena.The APC chieftain has, however, disclosed his intention to take over from President Muhammadu Buhari at the end of his tenure in 2023.