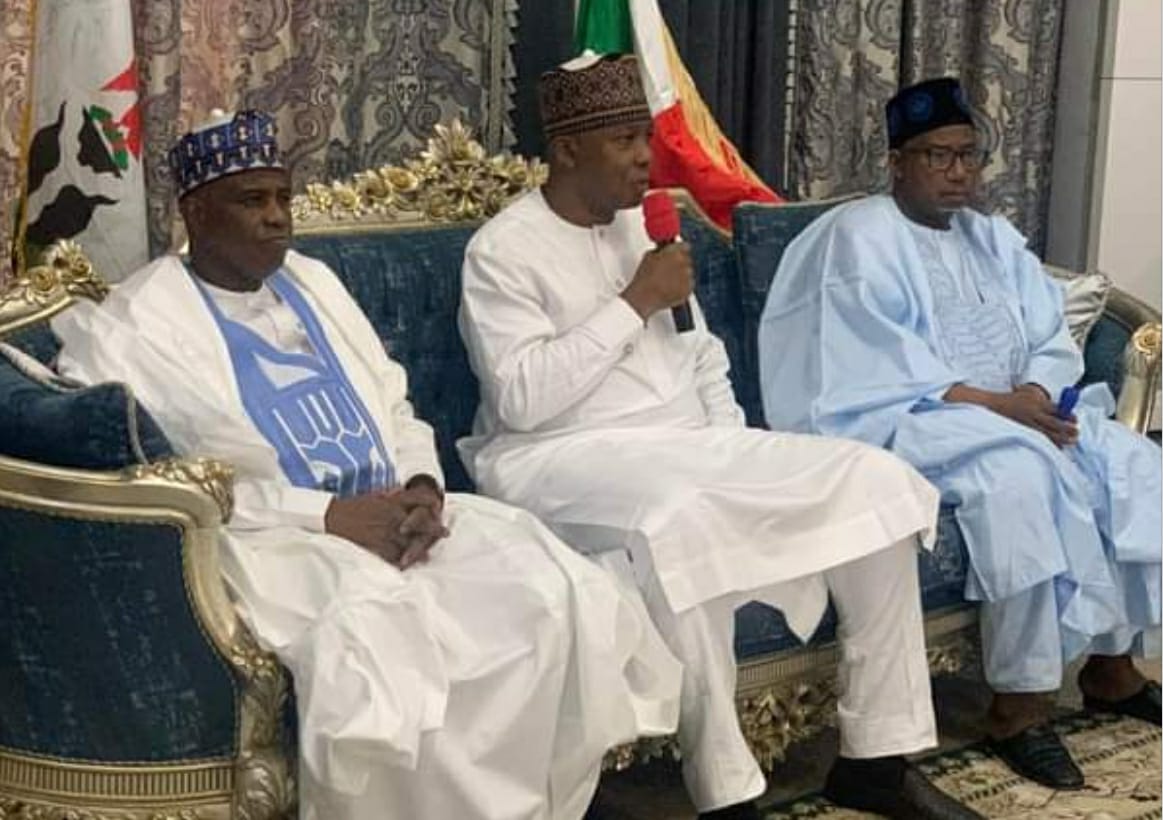 Former Senate President Bukola Saraki has hinted of the possibility of the north producing a consensus presidential aspirant for the People’s Democratic Party (PDP).

He said that the over two and a half hours discussions centred on the 2023 general election and the likelihood of having a northern consensus aspirant.

The former Kwara State governor who spoke on behalf of the two governors said that the three of them that had shown interest in contesting the presidency in the 2023 general election under the PDP from the north, had resolved to pick a consensus aspirant among them to run.

He said: “We came here and had a meeting for about two hours now, all the three of us that have shown interest in leading this country. Our concern is for the hardship our people are going through, the high cost of living and also looking ahead towards 2023.

“It is very clear that the PDP is the only viable solution to rescue this country today and to provide new hope. And as such, as key stakeholders of this party, it is important for us to sit down and meet and put heads together and see how best we can provide leadership and direction.

“In so doing, we met and discussed that with 2023 ahead of us and in trying to rescue this country, the unity, stability and growth of the country are more important than individual ambitions. We believe that if the three of us that are working together honestly, committed and with a lot of zeal for this country, there will be a great hope for this country going forward.

“We believe our role is to make things easier for us to have stability because if there is stability in PDP, there will be stability in Nigeria. You’ve all seen that APC is no longer a party, it is having challenges of administering its party and anybody that cannot administer a party cannot lead the country.”