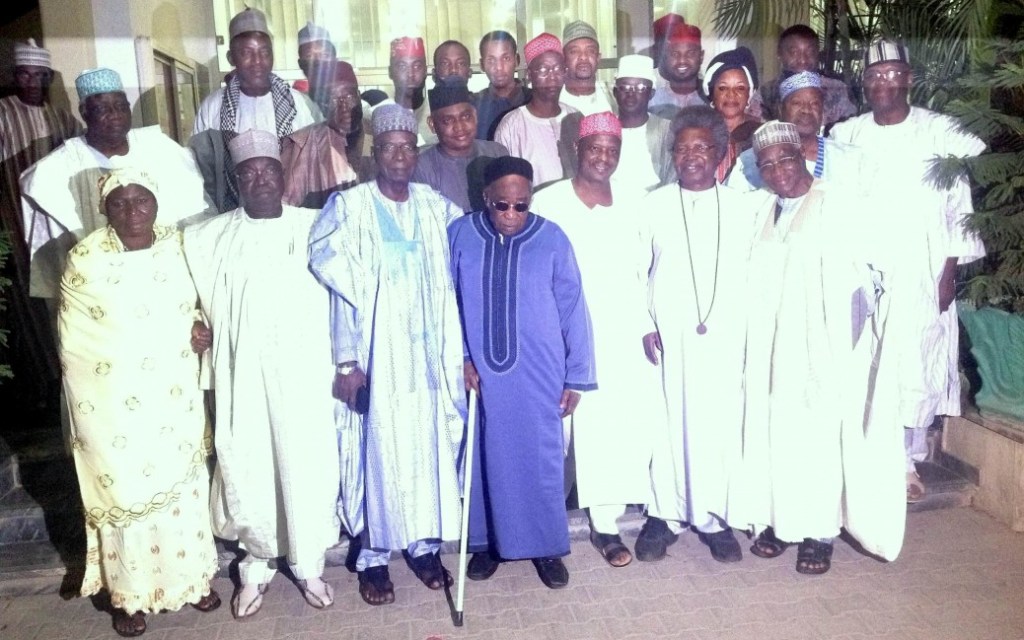 Northern elders have dissociated themselves from Islamic cleric Sheikh Abubakar Gumi.
The elders under the aegis of the North East Elders for Peace and Development have warned Gumi against justifying armed banditry and other associated criminalities in the north.
They expressed fear that recent comments and attitude of the cleric could embolden the bandits.

The elders accused the fiery Islamic cleric of making wild and unsubstantiated claims.
The Kaduna-based Islamic cleric, who has been meeting with bandits in forests across Kaduna, Zamfara, Katsina and Niger states, alleged in one of such outings that non-Muslim soldiers had carried out orchestrated killings in some communities, precipitating anger.

The cleric had made a similar claim on a national television programme on Tuesday morning, maintaining the military had allegedly carried out the said campaign between 2010 and 2015.

But reacting to the allegation, the northern elders insisted that Gumi’s allegations were not a representation of the position of the region, saying the public must see them as his personal sentiments.

Urging the general public to discountenance the allegations, the group vouched for the professionalism and non-partisan nature of the Armed Forces of Nigeria.

In a statement by the National Coordinator of the group, Zana Goni, the elders vowed to resist attempts by any individual or group to profile the military, which they maintained, remained the most visible symbol of national unity and cohesion.

According to them, the need for prominent groups and organisations in the north to condemn Gumi’s dangerous claims has become imperative, “in order not to give the impression that he was speaking for the region”.

They argued further by his statement, Gumi may be justifying armed banditry and all that are associated with the crime, a development, they feared, could embolden the perpetrators.

The elders wondered why an Islamic cleric and scholar, who had taken the initiative to discuss with bandits, wolud end up taking sides, as his statements suggested.

They said: “Ordinarily, we would have commended the Sheikh for daring to do what authorities failed but for the profiling comments attributed to him, which we consider abhorrent and unhelpful to national development and peace.

“We insist that our military is one of the finest in the world, with zero-tolerance for partisanship, ethnic consideration and other unprofessional dispositions.

“We warn that comments such as this have the potential of pitting the exposed soldiers against general areas in the north, where they have continued to put down their lives to protect the territorial integrity of the nation from those that seek to violate it.

“Our concern is further hinged on the possibility of the world concluding that the north may be offering tacit endorsement to banditry and associated crimes against society”.

They added: “In whatever position we find ourselves, we must, at all material times, endeavour to put the collective interest of Nigeria over and above all other considerations, bearing in mind the fact that when the country collapses, it will do so on all of us, regardless of religion, ethnicity, or belief.

“Lastly, we urge Gumi to stop approbating and reprobating at the same time, and to immediately call off his mission, if he has developed lethargy in the course of undertaking visits to deep forests”.

Akeredolu Sworn In For Second Term As Governor