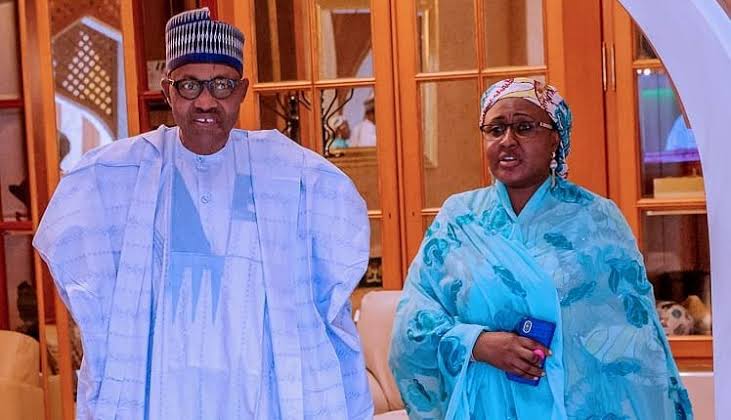 The First Lady, Mrs Aisha Buhari, has disclosed how it took her several years to endure her husband President Muhammadu Buhar’s battle with post-traumatic stress disorder (PTSD) after his civil war experience, detention and several electoral failures to become the country’s democratic ruler.

“One year after he came out from detention, we were married. I clocked 19 years in his house as his wife, legitimately. I suffered the consequences of PTSD because having gone through all these, and at the age of 19, to handle somebody who was a former head of state and commander-in-chief of Nigeria’s Armed Forces, to tell him that he is wrong is the first mistake you will make,” Mrs Buhari disclosed.

Mrs Buhari stated this on Tuesday at the groundbreaking ceremony for the Armed Forces Post-Traumatic Stress Disorder Centre (AFPTSDC).

“This centre is timely, as PTSD is a problem that really deserves a solution of this nature, and providing facilities for treatment and rehabilitation of patients is key,” she noted.

“Therefore, fundraising is not the solution. The solution is for the federal government that sent them to the war front to take responsibility for taking care of the mental health of returnees from the war front. PTSD cuts across all ages.”

PTSD is a mental health condition triggered by a terrifying event — either experiencing it or witnessing it. Symptoms may include flashbacks, nightmares, severe anxiety, and uncontrollable thoughts about the event.

“My husband served the Nigerian Army for 27 years before he was overthrown in a coup d’état. He fought the civil war for 30 months without rehabilitation; he ruled Nigeria for 20 months and was detained for 40 months without disclosing the nature of his offence,” Mrs Buhari stressed.

“You can imagine myself at 19 years, handling somebody that went to war, suffered (a) coup d’état, then lost several elections, and, finally, getting to the Villa in 2015.”

Buhari had, on several occasions, recalled his role during the Nigerian civil war. In recent times, he narrated how he and his colleagues in the Nigerian Army killed hundreds of thousands of Nigerians on the Biafran side during the war.

The First Lady commended DEPOWA for “this foresighted vision” of establishing the PTSD centre “for our soldiers.”

She revealed that Buhari was not rehabilitated after his exit from the military but was left alone to bear the mental and physical trauma.

“So, at the age of 19, I had to figure out how to tell somebody of his calibre that he was wrong or right, and that was the beginning of my offence in his house, and contesting elections in 2003 and failed, 2007, failed and 2011, the same thing – all without rehabilitation – I became a physiotherapist,” Mrs Buhari told the gathering.

She added, “The fallen heroes remain evergreen in our minds, and many with us are wounded physically and mentally. I want to appreciate their wives and families. I want to let them know that the whole nation is with them.”

ASUU Not Worried About Recognition Of New Unions – Osodeke