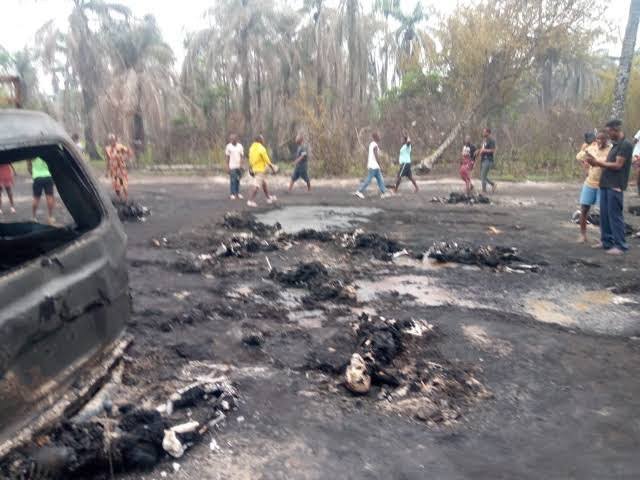 As the death toll continues to rise, currently hitting 110, a mass burial for the charred remains of the victims of the illegal refinery fire in Imo State has been scheduled for today.

Nnaji, who described the scene as horrific, said the charred remains of the victims had been gathered and would be interred in a mass grave today. He said,

“We could not have the mass burial today (Sunday). It could probably be tomorrow. I am waiting for signal from the state government to undertake the exercise.”

Nnaji had earlier said that, “We are awaiting the arrival of the commissioners of petroleum and environment to perform mass burial because the bodies are decomposing.”

“It is a large market involving people from all parts of the country; and since they got burnt beyond recognition, it is very difficult to identify them. A family just came and saw one body, which they said resembled one of their own and they carried it for burial according to traditional rites.”

Meanwhile, President Muhammadu Buhari yesterday described the incident as a “catastrophe and a national disaster.”

Buhari, in a statement by his spokesman, Garba Shehu, directed the nation’s armed forces, security and intelligence agencies to intensify the clampdown on illegal refineries.

He said responsibility for the loss of lives and property must squarely lie with the sponsors of the illegal refinery, “who must all be caught and made to face justice.”

While condoling with the families of the victims, the community and the people of the state, the president urged community leaders and security agencies never to allow the reoccurrence in any part of the country again.