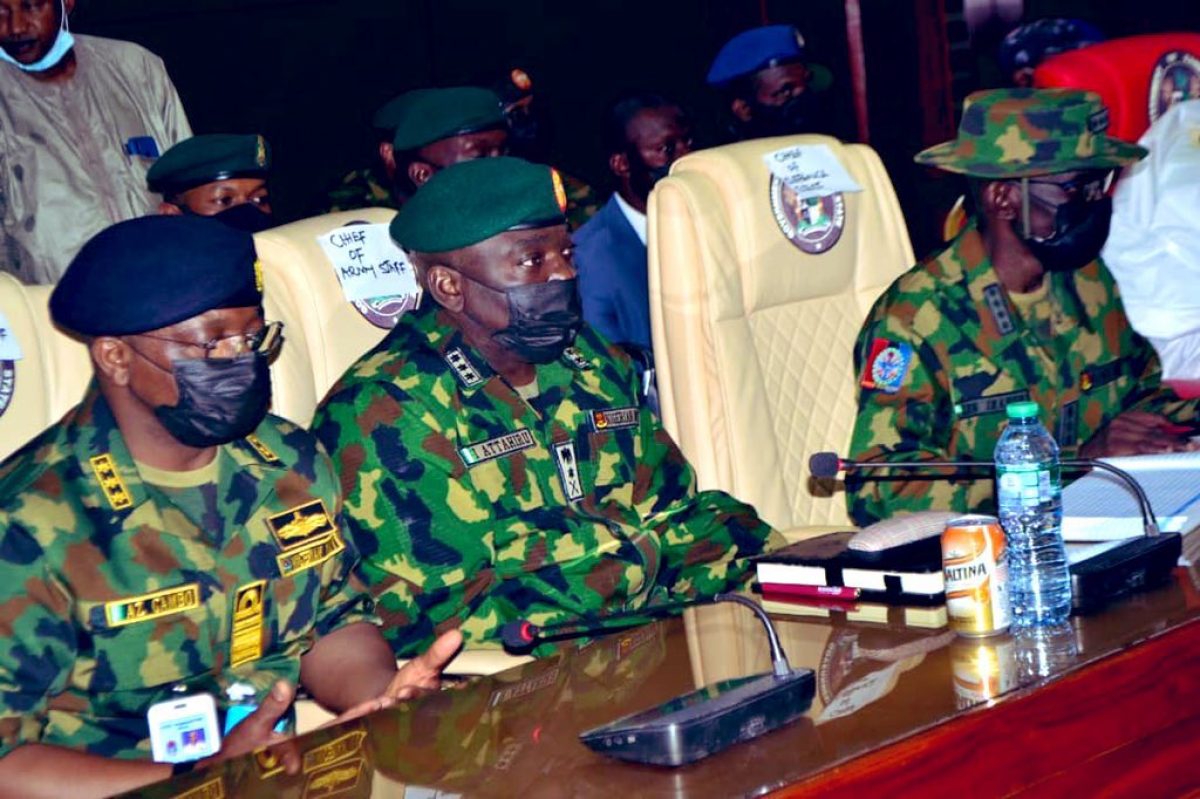 Oyo State Governor ‘Seyi Makinde on Thursday urged the deployment of more troops in the state by the military to help the fight against insecurity.

The governor, who was represented by his deputy, Engineer Rauf Olaniyan, stated this while receiving the Chief of Defence Staff, General Leo Irabor and other Service Chiefs at the Executive Chamber of the Governor’s Office, Agodi, Ibadan.

He said the government would continually support and give necessary logistics to enhance the security of life and property in the state, adding, however, that the need for continuous synergy between the military and other security agencies could not be overemphasized.

He added that to surmount the insecurity challenges in the state and parts of the country, there was the need to deploy more troops to help with the internal security assignment.

Ibadan under the General Officer Commanding. So, I must tell you that the state government is appreciative of this because they answer our call anytime we call them.

“I also want to state that the insecurity in Oyo State is not peculiar to this state alone but Nigeria as a whole. Many people are hiding under different canopies, but we know that insecurity is the handiwork of criminals. It does not have religious coloration, no ethnic coloration. A criminal is a criminal but whatever will suit the purpose of the narrator is what we hear in town.

“The main thing is that insecurity is here, but it is not being unattended to and I can tell you that among the Armed Forces, Police, Operation Burst, Amotekun, there is synergy.

“Though you may be hearing different stories outside, there is synergy and continuous engagement. Every one of us has one target and the central target is the maintenance of peace and security of life and property across the state.”

Makinde also explained that the present administration in the state is accommodating and “does not give room for tribalism,” insisting that all Nigerians living in the state must be protected and safe.

“We don’t discriminate here. This is the pacesetter state in Nigeria and our people are very accommodating. So, I can assure you that any Nigerian national here is in a safe place,” he stated.

The governor, however, demanded more troops to launch surveillance on porous borders in Oke-Ogun zone of the state, saying: “Also, we want the Nigerian Army to do more. The criminals come in through Oke-Ogun, the boundary between Oyo and Kwara States, extending to Baruten in Kwara and extending to the Benin Republic. So, we need more troops for surveillance, more than what is on the ground.

“We will appreciate it if the Chief of Air Staff can equally come in to assist us through air surveillance. I am sure it is going to be a continuous process. We have to be proactive and the state government will be ready to render logistic support.”

Earlier, the Chief of Defence Staff, General Irabor had told the gathering that the Service Chiefs were in Oyo State on regional security visit, adding that the purpose was to familiarise with the troops, officers and men of the Nigeria Army in the state and to equally let the government know that the military forces were working assiduously to address issues of insecurity in partnership with other security agencies in the state.

“I will like to thank you for the honour of receiving us even at a very short notice. The leadership hierarchy of the Armed Forces changed very recently and it became expedient for us after assuming command to go round to see our troops and officers and men in the field to familiarise ourselves with them.

“So, we are here and we have had extensive interactions with our troops and we also thought it is necessary for us to be here and to let you know that we are working assiduously to address all issues that have to do with insecurity; of course, in partnership with other security agencies.

“Beyond that, we equally bring the expectations and the charge of Mr. President and Commander-in-Chief to them. Having been charged to take all measures necessary to address the varying security challenges across the country in partnership with other security agencies, we found it very expedient for us to make this visit.

“We have equally recognised the centrality of the state government in this regard. So, we felt it is necessary for us to pay this courtesy call for you to know that the entourage is here in the state for good, for the greater good of Oyo State indigenes and citizens as well as every Nigerian and inhabitants of the geographical space in South-Western Nigeria,” Irabor said.

Similarly, Irabor, while commiserating with the state government over the recent unfortunate incident which took the lives of some citizens and residents of the state also lamented the loss of property.

He said: “We know that the military stands ready to give support to the civil authority and ensure that cases of insecurity are addressed holistically. And we also know that the police remain the first tier of internal security provision.

“Of course, where the police require the intervention of the military, we stand very well to provide that, and we have been doing that. More so, Mr. President has told us to do this.”

Edo To Recruit For EIRS, Water Corporation, Hospital Mgt Board, Others