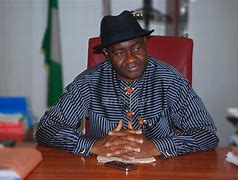 Senator Magnus Abe faction of the All Progressives Congress (APC) in Rivers State, has expressed its readiness to take part in the forthcoming April 2021 local government election in the state despite the decision of the Transport Minister, Rotimi Amaechi’s faction to boycott the poll.

Speaking in Port Harcourt on Wednesday the faction said they were committed to ensuring that its members were fully involved in the poll.

Charles Nwile, the party’s Organising Secretary, Rivers state, who gave details of its level of preparedness for the election, said that they were determined to redeem the image of the APC in the state.

He said: “We are here to bring you up to speed on our preparedness towards the 2021 local government council election in Rivers state. As a party, we are committed to ensuring that we are fully involved in the process and we have resolved to give all candidates when they emerge from the primaries the needed support to win both the chairmanship and councillorship seats as they contest in the 319 and 23 local government areas in the state.

“It will interest you to know that this election is a relaunch for our party in the state. You will recall that APC had been denied the opportunity to be on the ballot during the 2019 general elections in the state.

“As we speak the godfather is still not repentant about his high-handedness in the party, as such we will not allow our party to remain in the pocket of any one man. Our members across the state are overjoyed by these bold initiatives to redeem the party, we therefore urge everyone to come boldly on board irrespective of their previous allegiance or disposition towards the local government election.”

Nwile disclosed that members of its faction would not partake in the ongoing APC membership revalidation as doing so would amount to an outright disobedience of a court order restraining the party from the exercise.

Senator Magnus Abe maintained that until the party conducted its congresses in line with the Supreme Court order, the revalidation and membership re-registration would not be done in the state. “As for the issue of the purported advertised APC membership re-registration and revalidation exercise, our stand is known to you. There is an order of a court of competent jurisdiction restraining the APC from going ahead with the said exercise in Rivers state. We are not party to their plan to disobey the court order and as you all know, there are consequences for disobedience of an order of court.

“Remember that until our congresses are concluded in line with the judgement of the supreme court, there cannot be any membership registration or revalidation or whatsoever name called in Rivers State because you cannot be conducting membership registration or revalidation in the midst of a congress. Congresses started when members paid for forms and the supreme court judgement gave it force, it must be concluded.”