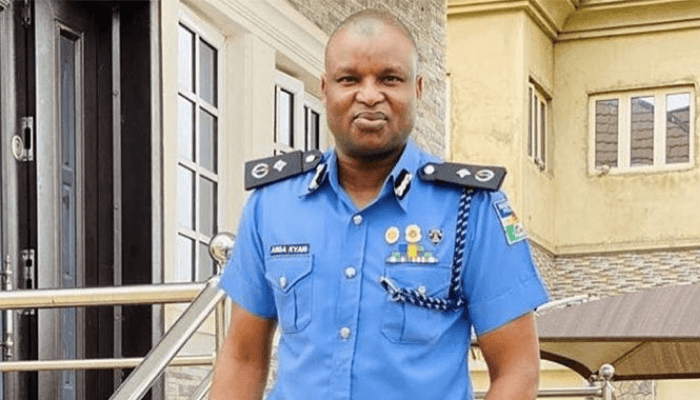 An application for bail by the suspended deputy commissioner of police (DCP) Abba Kyari failed at the federal high court in Abuja on Monday.

The judge, Inyang Ekwo, ruled that the application had been overtaken by events.

On February 14, National Drug Law Enforcement Agency (NDLEA) had declared Kyari wanted “over his involvement in a 25kg cocaine deal”.

Consequently, the police announced his arrest and subsequently transfered him to the custody of the NDLEA.

Kyari filed a fundamental human rights suit against the federal government, describing the drug trafficking allegations against him as trumped-up.

On February 21, he approached Abuja federal high court to seek bail on the grounds of ill health.
While arguing the application on Monday, Kyari’s counsel, Cynthia Obiajunu Ikenna restated that her client was suffering from diabetics and hypertension and that his condition could not be managed at the NDLEA facility.

She argued further that Kyari was entitled to bail since the offences listed by the NDLEA against her client were not capital offences pursuant to Section 35 of the 1999 Constitution.

“The applicant is suffering from diabetics and is hypertensive and cannot be managed while in custody because the level of sugar has to be ascertained every morning and that would determine the drug he is going to take.

“Since he has been in detention, he has no access to medical care.

“Even on Thursday when I left here, I went to see the applicant with a doctor but I was refused access, ” she said.

She then prayed the court to grant her client bail adding that he had “a liable surety” and that “he will not jump bail.”

Objecting, Joseph Sunday, NDLEA director of prosecution and legal services, told the court that the commission had obtained an order of court to detain the applicant for 14 days for further investigation.

According to him, the NDLEA has an “excellent medical facility” to take care of the applicant.
In his ruling, Ekwo held that the order to detain the applicant for 14 more days pending investigation was obtained from a court of coordinate jurisdiction.

He added that he would not make an order contrary to that of a court of coordinate jurisdiction.
Ekwo sdded that the case for bail had been overtaken by events.

“The only order I can make in addition to what I have said is that the respondent shall allow the applicant to his prescribed and verified medication while in custody,” he held.

He has since adjourned the matter to March 15 to hear Kyari’s fundamental rights suit.