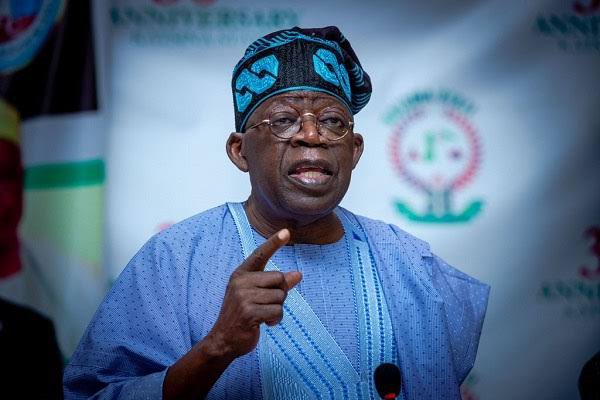 Asiwaju Bola Tinubu who clinched the presidential ticket of the All Progressives Congress ( APC) on Wednesday has disclosed that he already has a running mate for the 2023 election.

Tinubu stated this after being hosted on Thursday night by President Muhammadu Buhari at the State House, Abuja.

He told State House correspondents after the meeting that he had the name of a vice-presidential candidate. When asked who his running mate would be, the former Lagos governor stated, “I won’t tell you that. That is my right. It’s in my pocketbook.”

There are speculations that Tinubu will pick one of the northern governors instrumental to his hard-fought emergence as the APC presidential candidate. The names mentioned included governors of Kaduna, Jigawa, Kebbi, and Plateau.

Tinubu recalled that the president had promised many times that he would support the democratic process.

“He promised the whole country and the world that he would build a legacy of transparency and consistency. Legacy of a level-playing ground for all the aspirants. He will be committed to democratic principles and values and he did so,” explained Tinubu.

“He didn’t endorse anybody. He didn’t impose anybody. He did not, at any time, attempt to tinker with the process of this election to favour one tribe or the other. He was steadfast. He was trustworthy. He was dependable. He was a leader.”

The APC presidential candidate was accompanied on the visit by Governor Babajide Sanwo-Olu of Lagos and Wale Tinubu.

Buhari had on June 8 congratulated Tinubu, the APC presidential candidate for the 2023 general elections.

“Having emerged victorious he has our full and unwavering support. Now our party must unite behind our candidate to achieve victory at the 2023 elections so that our government will continue to secure our communities, grow our economy and continue the fight against corruption,” the president had stated.
(NAN)