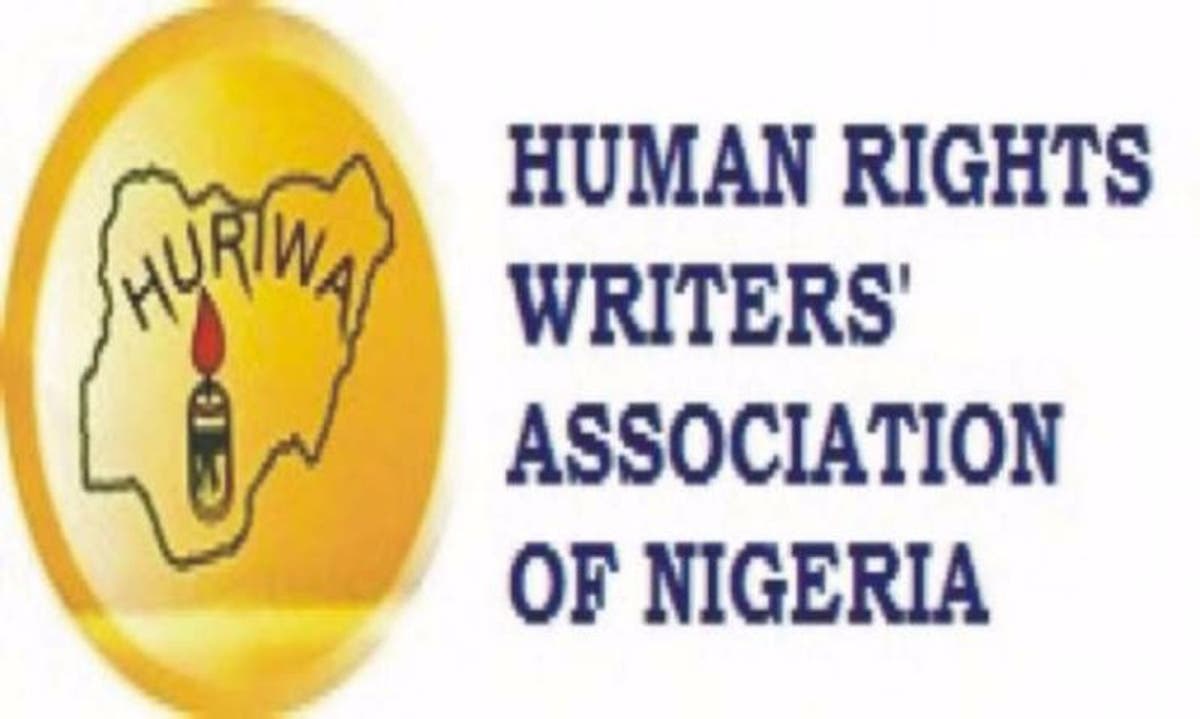 A civil rights advocacy group, Human Rights Writers Association of Nigeria (HURIWA), has condemned the pampering of Miyetti Allah Cattle Owners Association by President  Muhammadu Buhari even in the face of the obvious fact that the activities of its members constitute a danger to national security.

The rights group which absolutely condemned the last weekend’s assassination attempt on the life of the governor of Benue State Mr. Samuel Ortom, also condemned the communication by proxy by President Muhammadu Buhari in the face of the constant bombardments of soft targets by terrorists and armed Fulani militia all across Nigeria.

HURIWA has therefore asked Buhari to speak to Nigerians directly in person and unfold the practicable measures being put in place by his government to deal with the increased threats of grave dangers to the life and property of the citizens.

HURIWA which spoke through the National Coordinator Comrade Emmanuel Onwubiko expressed disappointment that President Buhari has continued to tolerate the violent tendencies of his kinsmen which is why the officials of the organized union of cow sellers have continued to issue threats to Ortom and other governors across the country who have exercised their legitimate, constitutional and legal powers to impose bans on open grazing.

The rights group said the Miyetti Allah has truly become the agent provocateur that is out to cause civil war in Nigeria and the group has for the umpteenth time asked the government to declare the group especially the faction that openly issues threats against different governors and endorsing killings of farmers as a terrorist organisation.

“The violent attacks on the governor of Benue State at the weekend by suspected armed Fulani herdsmen is another dimension in the open threats made by officials of Miyetti Allah association. This faction of the cow sellers has indeed constituted themselves unto a law and their officials who openly endorse attacks and killings of farmers have never been arrested or prosecuted for their role in these incessant killings and Fulani insurgency.

Rather, these traitors are afforded the highest kind of security cover by the Federal government of President Muhammadu Buhari even as this group continues to cause maximum social disquiet and actively undermining national security objective of the Federal Republic of Nigeria.

“A year ago Benue Governor Mr. Samuel Ortom had warned Miyetti Allah over inciting statements.  The national president of the group, Abdullahi Bodejo, was said to have told governors to establish cattle colonies in their states or face crisis – Ortom, however, said that anybody who foments trouble in his state would be dealt with according to the law.

Barely one week after the Miyetti Allah Kautal Hore, representative of herders across Nigeria, apologised to Governor Samuel Ortom of Benue state, over the clashes between farmers and herdsmen in the state, another crisis has ensued.

The reports had it that despite the initial apology by the herders, the group threatened that governors must establish cattle colonies or know no peace in their states. It was gathered that while reacting to the threat, Ortom, through his chief press secretary, said that the group was not above the law. He added that he would take necessary sanction against anybody who violates the law of the land.”

HURIWA recalled that Ortom had stated that: “We have read with shock a statement in some newspapers credited to the national president of Miyetti Allah Kautal Hore, Abdullahi Bodejo, in which he threatened that governors who refuse to establish cattle colonies also known as Ruga settlements will not know peace.”

The rights group noted that a Miyetti Allah official reportedly said thus: “You are a governor and you want to enjoy peace in your state, you don’t need any long meeting, just create a particular area for the Fulani and equip them with modern amenities.”