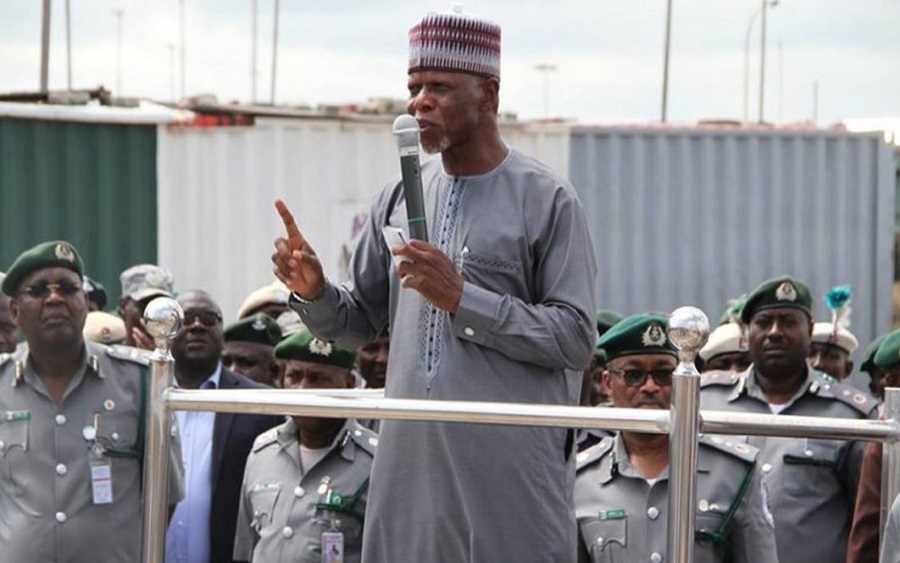 Huge quantities of Premium Motor Spirit, popularly known as petrol, are being smuggled out of Nigeria after the product has been subsidised by the Federal Government, the Nigeria Customs Service has said.

According to the border security outfit, the petroleum product is being diverted to as far as Mali.

The Controller-General of the NCS, Col. Hameed Ali, disclosed that the Department of Petroleum Resources had approved the establishment of filling stations along the land borders, while the Nigerian National Petroleum Corporation keeps supplying the commodity to the stations against Customs’ advice.

Ali noted that the situation was responsible for the increasing volume of fuel being released by the NNPC as daily consumption.

The customs boss stated this in Abuja on Monday at the public hearing organised by the House of Representatives’ Committee on Finance on the 2022-2024 Medium Term Expenditure Framework and Fiscal Strategy Paper.

The Chairman of the committee, James Faleke, had earlier asked the Minister of Finance, Budget and National Planning, Zainab Ahmed, why the Federal Government has projected crude oil per barrel at $57 for the 2022 budget when the global market prices are now about $70.

Ahmed, however, said the government was using the differentials to pay subsidy on petrol, which is referred to as under-recovery.

The minister had said, “The crude oil price that we propose in the budget is a result of consultations with the NNPC and a review of the research that is done by EIA as well as the World Bank and other institutions. And we normally just take a middle road. We don’t look at the price today; we look at the projections for the price, for 2022, 2023 and 2024.

“Also, fortunately for us, right now, the increase in the price of crude oil should have resulted in more revenue to the federation. But because we are suffering a significant level of under-recovery as a result of fuel subsidies, the impact is not seen.”

But Ali lamented that apart from spending on subsidies, the subsidised fuel was being smuggled to other West African countries where the pump prices were higher.

The customs boss said: “The issue of smuggling of fuel from Nigeria to the neighbouring countries is simply because of price differential. The prices outside our shores and borders are higher, and that is what attracts people to move this product outside. And this product is not only limited to Benin, Niger or Chad, it goes up to Mali,” he added.

Emefiele spoke with journalists after the first Monetary Policy Committee meeting for the year held in Abuja on Tuesday.

Other parameters left unchanged are the Cash Reserve Ratio and Liquidity Ratio at 27.5 per cent and 30 per cent respectively.

Announcing the committee’s decision, Emefiele said : “After a careful balancing of the benefits and the downside risks of the policy options, the MPC decided to hold all parameters constant, believing that a whole stance will enable the continuous permeation of current policy measures in supporting the recorded growth recovery and further boost production and productivity which will ultimately rein in inflation in the short to medium term.

“The MPC thus decided by a unanimous vote, the MPC voted as follows, one, retain MPR at 11.5 per cent; retain the asymmetric corridor of +100/-700 basis points around the MPR; retain the CRR at 27.5 per cent; and retain the Liquidity Ratio at 30 per cent.” 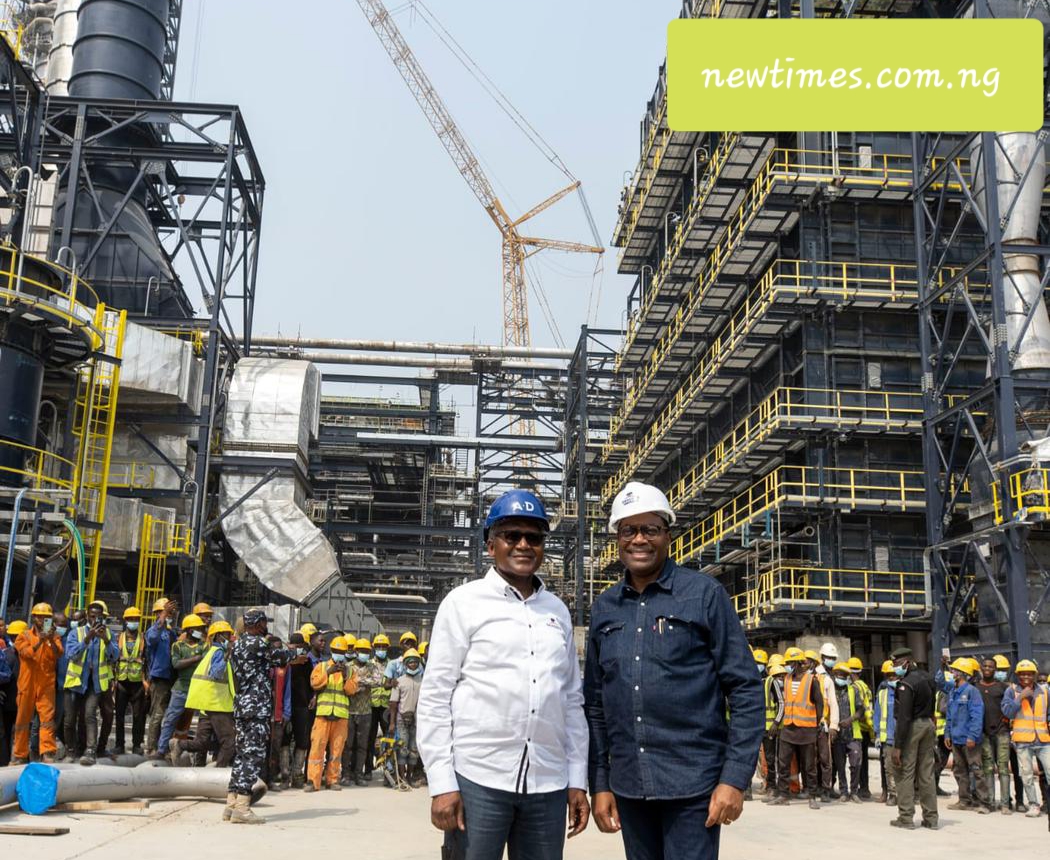 The Dangote Refinery and Fertiliser projects is set to come on stream before the end of third quarter of this year.

This was disclosed by Alhaji Aliko Dangote, President of Dangote Group, when Dr. Akinwumi Adesina, President of the African Development Bank (AfDB) led a delegation of the bank to the project site in Lagos.

“The refinery will commence operation by the third quarter of 2022. On the mechanical completion, we are almost finished but we have started hydro testing, almost 70 per cent gone, hopefully before the end of Q3 operation will commence,” Dangote said.

Edwin stated that the 650,000 barrels-per-day refinery would stimulate economic development in Nigeria.

According to him, Dangote Petroleum Refinery can meet 100 per cent of the Nigerian requirement of all liquid products (Gasoline, Diesel, Kerosene and Aviation Jet), and also have surplus of each of these products for export.

He stated that this would create a market for $11 billion per annum of Nigerian crude and foreign exchange savings/earnings $9.9 billion.

“We have impacted on job creation with 3,580 Nigerian personnel on site, excluding employment by the various contractors and subcontractors at the site,” he noted.

Commending Dangote for the initiative, the AfDB President said, “One of the things I admire the most about Alhaji Dangote is that, he actually believes in Nigeria, and he invests his money in Nigeria. He believes in Africa and invests in Africa. Nobody could invest the type of billions of dollars that is here, unless the person not only has the vision but also the commitment and passion for his country. We are extremely proud of you and of your commitment to the continent.

“I am completely blown away with what I saw here today. I can’t believe what I saw. This project will reverse the huge sum the nation spends on foreign exchange. When you look at how much we import, it is about $57 billion worth of different products and we export only about $50.4 billion, so we have to balance that with about $7 billion and talking to them here, they showed us that they can have a domestic market of about $11 billion and that is an incredible market and that will save Nigeria about $9 billion, a year from importing petroleum products. So, this is huge for Nigeria and even for Africa as a continent.” 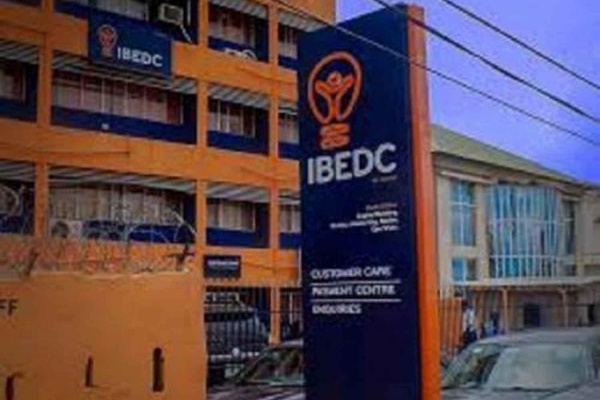 This was disclosed on Friday by the Chief Operating Officer, John Ayodele, in an internal memo to members of staff.

“Further, to the judgment wherein the Federal High Court on the 8th of September 2021 granted preservative orders in favour of Asset Management Corporation, AMCON, (being the Receiver/Manager of Integrated Energy Distribution and Marketing Limited); the court has appointed Mr Kunle Ogunba Esq.SAN to act as Receiver/ Manager Nominee in the receivership action,” Mr Ayodele said.

Mr Ayodele also disclosed that the receiver appointed, Mr Ogunba, had already held a meeting with the management staff.

The action follows the judgement by the Federal High Court on September 8, 2021, which granted orders in favour of AMCON as Receiver/Manager of Integrated Energy Distribution and Marketing (IEDM) Limited, IBEDC’s core investor, over defaults in a Loan Service Agreement with Polaris Bank.

The takeover also includes the assets of IEDM, including shares and interests in related companies and entities, in addition to the monies kept in banks.

In 2018, the NERC in an order on June 19, 2018, directed IBEDC to commence the process of dissolution of its Board within 21 days period, citing alleged delay in the repayment of some loans by IBEDC investors.

The loan was granted by IBEDC from funds released to all DisCos by the CBN under the Nigeria Electricity Market Stabilisation Funds (NEMSF) for the purpose of improving the networks and reducing aggregate technical, commercial and collection losses.

The IBEDC, led by Tunde Ayeni, responded that the electricity company had completely fulfilled its financial commitments.

In response, the directors of the electricity company sued NERC for its decision to suspend them from the Board of IBEDC.

In July 2020, the Federal High Court in Abuja set aside the order from NERC that removed the Tunde Ayeni-led Board of Directors of the IBEDC.