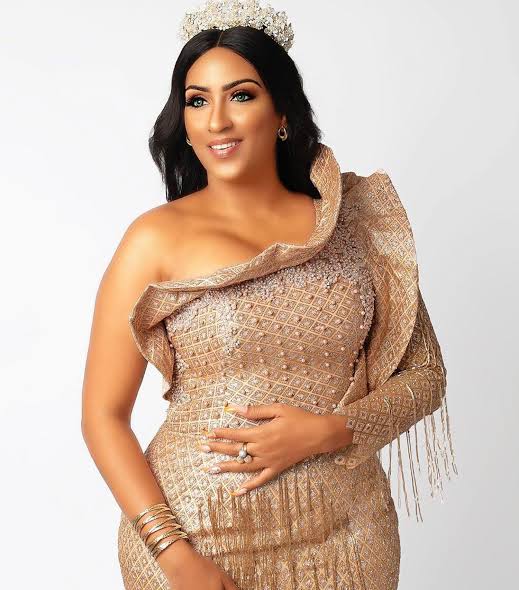 By John Michael Ojo
Beautiful Ghanaian Nollywood actress, Juliet Ibrahim, has disclosed how she was constantly raped  and locked up for days by her ex-boyfriend.

The actress who stated this in an interview with popular media personality,  Chude Jideonwo, said it took the help of her sister,  Sonia  who rescued her from her boyfriend’s house.

She also alleged that the said boyfriend while raping her was fond of smiling and when she told him it was rape, he said they were in a relationship.

She said: “When I told him it was rape, he said but we are in a relationship. I didn’t say yes I was in the mood.

“He pinned me down and was doing whatever he wanted. He was smiling, I told him he is a rapist.

“I fought my way out of that relationship because he even locked me in his house for days. It was my sister, Sonia that came to find me.

“I was scared, I panicked because he was huge and taller than me. He raped me for days.”

READ ALSO: Edochie Family Breaks Silence Over Yul’s Second Marriage, Tells Him What To Do

The actress added that it was almost difficult to have reported such as no one would have believed her and that she has also learnt to ask questions before she dates any man in order to know the man’s mindset.
Juliet  Ibrahim, therefore,  called on women to always speak up and seek assistance whenever they found themselves in an abusive relationship or marriage .

Juliet Ibrahim’s claim is coming barely a month after New Times reported that popular Nigerian gospel singer,  Osinachi Nwachukwu died as a result of domestic violence suffered at the hands of her husband, Mr Peter Nwachukwu.