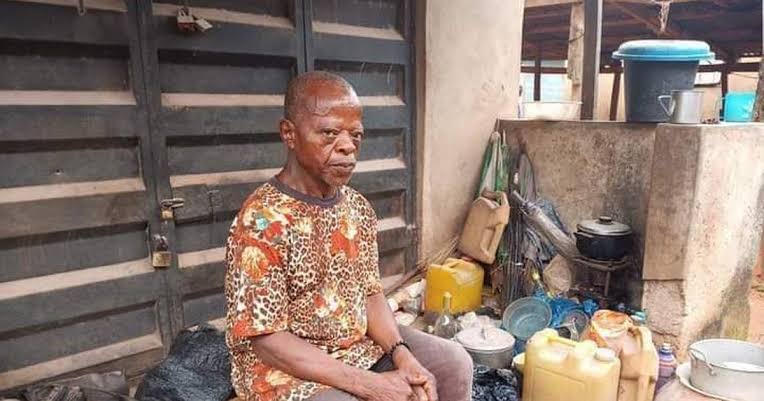 By John Michael Ojo
Despite the growing number of women professing their desire to marry Kenneth Aguba, the veteran actor has revealed why he would not marry any of them unless such a woman is a virgin from Israel.

The poor living condition of Aguba became known few months ago after a viral video of him was posted on various social media platforms.

This subsequently caught the attention of the founder of Omega Power Ministries, OPM pastor, Apostle Chibuzor Chinyere who gave him a house while footing his feeding bills with a promise to get the actor a wife.

However, when a woman was found for him, he rejected her, stating that he wants a virgin from Israel; an affirmation that caused social media to buzz for days.

In a recent interview conducted by Lucky Udu, Aguba dropped another bombshell pertaining to his origin.

When asked if he wants to get married, Kenneth  Aguba admitted that he wants a wife but it’s not something that should happen so fast.

According to the movie veteran, he is not an Igbo man nor a Nigerian but hails from Israel. He went on to insist that he will marry an Israeli virgin, who must be tall and slim.