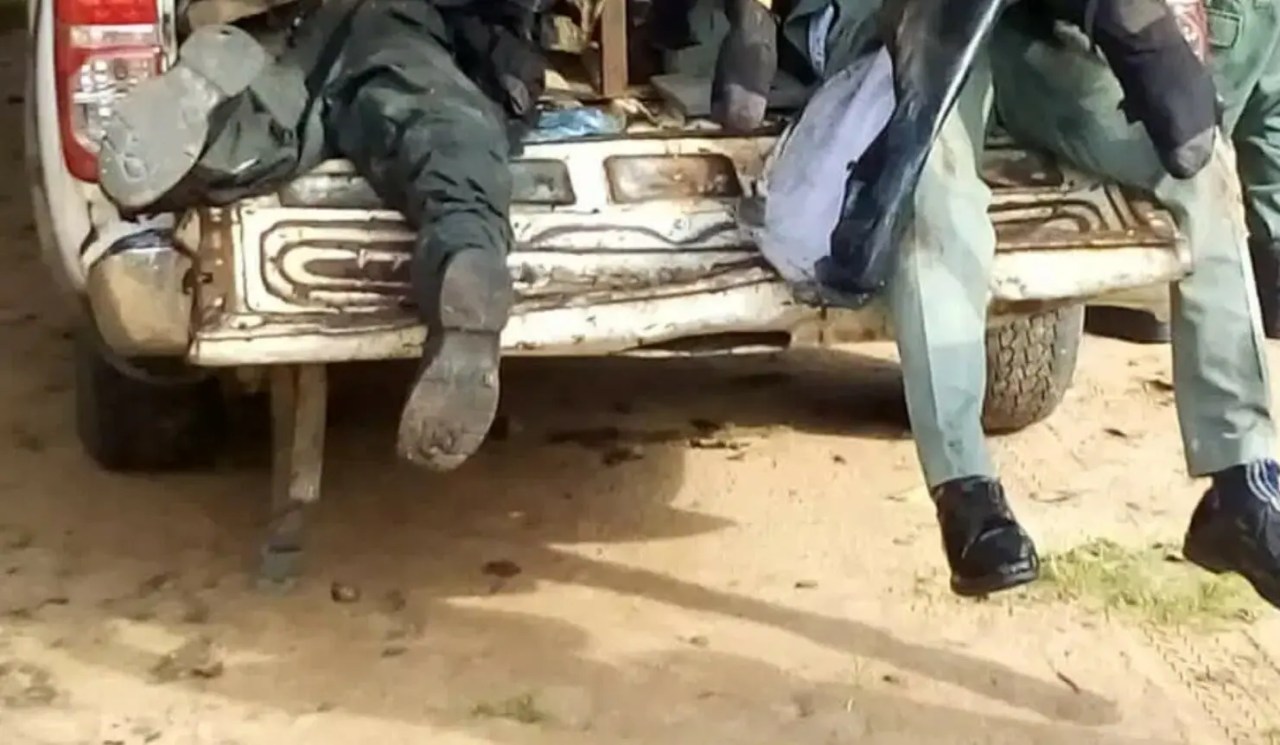 Four policemen are feared to have died in a crash involving a convoy of the Chief of Staff, Prof. Ibrahim Gambari; Minister of Works and Housing, Babatunde Fashola; and his counterpart in Labour and Employment, Christ Ngige.

The accident occurred during the inspection of a bridge in Asaba, Delta State.

It was learnt that the driver lost control of the vehicle conveying security operatives and crashed into a deep pit.

READ ALSO: My Friend Gambari, Others Are In A Wrong Party – Ayu

An eyewitness said the incident happened when the vehicle conveying the victims was negotiating the bend leading to the construction site of the Second Niger Bridge in Asaba.

It was learnt that the police vehicle was speeding to meet up with the ministers’ vehicles when it veered off the road and crashed.