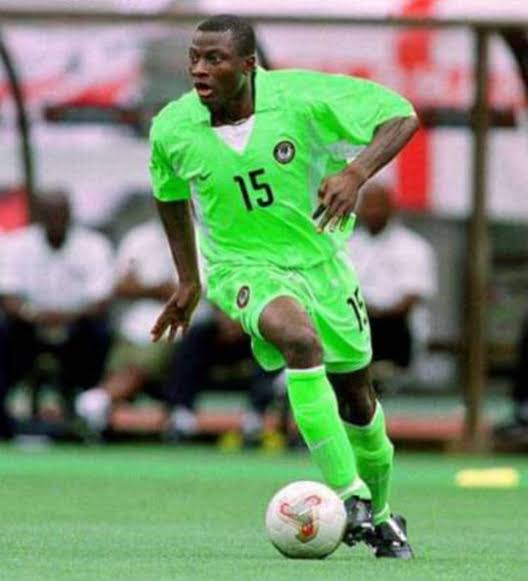 According to reports, Christopher died in the early hours of Wednesday in his hotel in Jos.

It was reported that the former midfielder had been managing a mild blood pressure and was seen in the company of his friends on Tuesday without any sign of ailment.

Christopher, 40, began his football career with the Eagles in 2001 and went on to accumulate 11 appearances.

He was part of the Nigerian squad that went to the 2002 World Cup in Korea/Japan.

He also played Katsina United in 1999. His success at Sharks and Bendel Insurance, led him to Belgium in 2001 where he signed for Royal Antwerp.

He also played for Levski Sofia in Bulgaria, Swedish club Trelleborgs FF, Alania Vladikavkaz in Russia and Herfølge BK in Denmark before announcing his retirement from football at the end of the 2006/2007 season.

He, however, returned and signed for Nasarawa United in October 2012. He has been with the Nigeria Professional Football League (NPFL) club ever since. 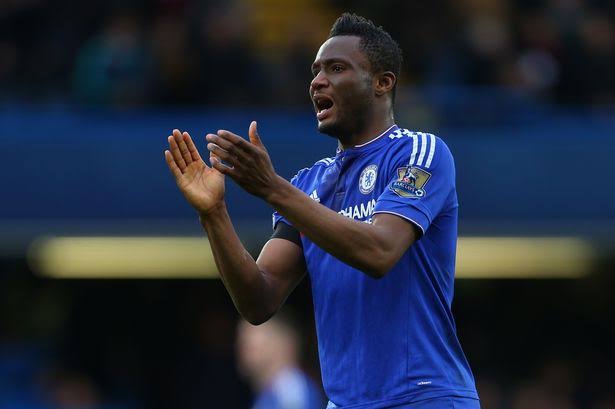 Mikel who enjoyed a  successful career both at the club and international levels made the announcement via his official Instagram account on Tuesday.

According to him, “There is a saying that ‘all good things must come to an end’, and for my professional football career, that day is today,” he stated.

The former Chelsea defensive-midfielder continued, “I look back at the past 20 years of my career, and I must say that I am very satisfied with all that I was able to achieve and more importantly the human it has helped shape.

“All of this would not have been possible without the unwavering support of my family, managers, clubs, coaches, teammates and most importantly my ever-loyal fans. You supported me through my highs and lows, even on days that I did not live up to your expectations. I say a big thank you.

“I will also like to encourage everyone who I may have inspired one way or the other in the course of my career to never give up on their dreams, for every time you think about quitting, remind yourself why you started.

“This is not goodbye, it’s the start of another journey, another chapter of my life. I look forward to what the future holds and I hope you will walk with me. Thank you,” he added.

READ ALSO: Mikel Obi Is Now Without Club After Sack In Kuwait

Mikel Obi began his football career with  Plateau United in Nigeria before joining Norwegian club, Lyn Oslo, at the age of 17 in 2004.

In 2005, he made a controversial transfer to English club Chelsea after Manchester United claimed they had already signed him.

During his 11-year stay at west London, he scored a total of six goals and 13 assists in 372 appearances.

The 35-year-old won two Premier League titles, three FA Cup trophies, the 2007 League Cup, the 2013 Europa League and  was part of the Chelsea team who won the Champions League trophy for the first time in 2012.

He also led the Super Eagles for  a successful campaign as they won the Africa Cup of Nations for the third time in 2013.

In 2020, Mikel made headline across media outlets in Turkey when he refused to play a match due to the coronavirus pandemic. This led to the termination of his contract by his club, Trabzonspor.

Barca To Offload Pique If 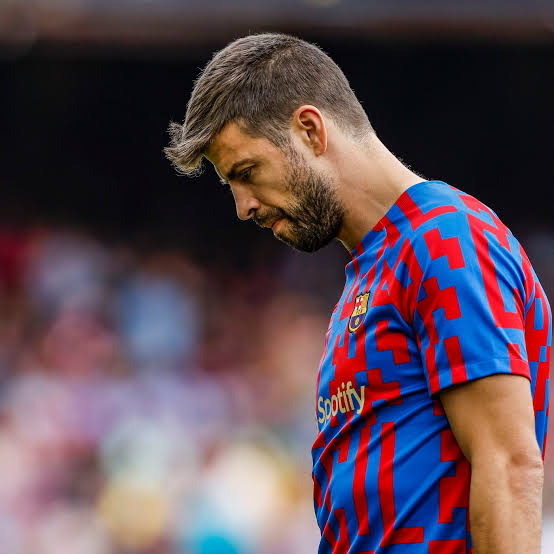 By John Michael Ojo
Spanish and FC Barcelona defender,  Gerard Pique could be shown the exit door next summer, if he fails to play in 35 percent of matches this season, Mundo Deportivo reports.

Pique who has a contract at the Nou Camp until 2024 has not been able to make  impact under Xavi despite being the highest earner in the squad.

The Catalan giants are still battling financial difficulties after a summer of heavy spending and need to slash their wage bill.

According to the news outlet, Barcelona will have the option of terminating Pique’s contract one year early if he plays in less than 35 percent of games this campaign.

Taking into account league fixtures, domestic cup ties, and European matches, the club are likely to play between 50 to 55 games this season.

This means Pique can play no more than 19 times if Barca want to see him leave next summer.

So far, the 35-year-old has featured just once in LaLiga against Cadiz and came on as a half-time substitute against Viktoria Plzen in the Champions League. 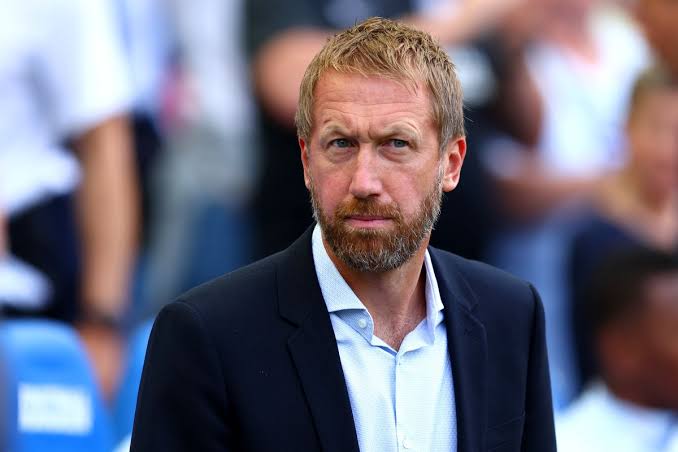 It reads, “Potter is one of the most exciting coaches in the game, starting his journey in Sweden before bringing his talents to the English game over the past four seasons.

“The 47-year-old is educated to degree level in disciplines beyond sport and has combined these experiences to forge a collaborative, forward-thinking approach while developing attacking and winning football.

“That has been in evidence during his time at Brighton & Hove Albion, where he achieved that club’s highest-ever league finish last season. Along the way, he earned praise for his winning brand of football on the south coast, while proving flexible in tactics and formations to be a step ahead of opponents.

On making the move to Stamford Bridge, Potter said that he is “incredibly proud and excited to represent Chelsea FC, this fantastic football club. I am very excited to partner with Chelsea’s new ownership group and look forward to meeting and working with the exciting group of players and to develop a team and culture that our amazing fans can be proud of.

“I would also like to place my sincere thanks to Brighton & Hove Albion for allowing me this opportunity and in particular Tony Bloom and all the players, staff and supporters for their continued support during my time at the club,” he added

Graham Potter takes over  from Thomas Tuchel,  whose spell at Chelsea saw the club to a glorious champions league title in 2021.