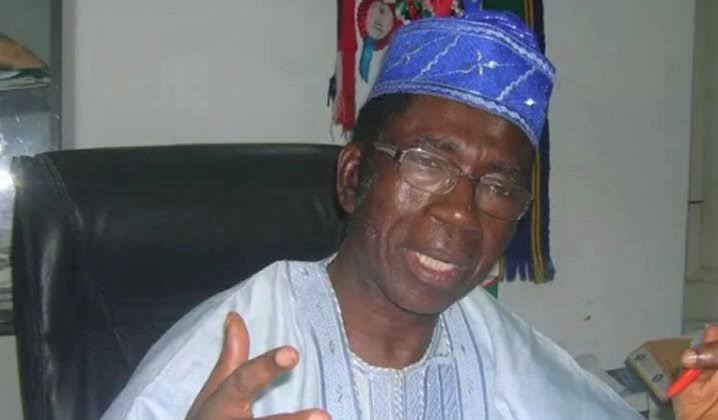 By John Michael Ojo
A former Minister of Education and retired educationist, Professor Tunde Adeniran, has cautioned the Chairman of the Committee of Vice-Chancellors of Nigerian Universities, Professor Samuel Gowon Edoumiekume, over the plan by the wives of vice-chancellors to hold a five-day training in Turkey.

The registration cost for the training is N1.5million. The training is proposed to provide the spouses adequate support for their husbands in leadership positions.

Adeniran who described the initiative as a misplaced priority noted that if such an association and its activities are accorded priority within the university system, it could be a yardstick for the growth of similar bodies whose economic burdens would be borne by the already overstretched system.

He therefore, pleaded with the vice-chancellors across the nation through their charmain to put on their thinking cap and save the face of public institutions and their position as leaders from being dragged into the mud by fun-seekers who just want to milk the meagre resources available to these universities.

The former minister stated this in a letter he personally signed that was seen by New Times‘ correspondent on Thursday.

He wrote: “Compliment of the season. I came across a forthcoming program of CVCNUS as advertised in the social media and I felt I should convey my opinion to it to you as a colleague and a very concerned citizen.

“I see it as an unnecessary fad springing from Nigeria’s culture of absurdities. It is certainly within the constitutional rights of Nigerians to associate to pursue common interests. It is however, expected that the freedom is exercised with all sense of responsibility and sensibilities.

“I am bewildered that some people could gather under the umbrella of `Vice Chancellors of Nigerian Universities Spouses’ reminiscent of the sickening military tradition of the wives of officers and with utter insensitivity to the situation in the country to organise a conference which objective is suspect.

“There is no provision in the law establishing Nigerian Universities for the association of Vice- Chancellors’ spouses. The association appears ill-conceived and may inadvertently contribute to depleting the resources of the universities that are presently grossly inadequate.

“With this infatuation, it is logical to expect, very soon, the Association of Spouses of Provosts, Deans and Heads of Departments.

“My dear VC, if some people have forgotten the essence of a university, I am sure that we are aware that the Academic Staff Union of Universities are currently on strike and that negotiation with government has stalled.

“Our children are at home with no assurance that the universities will soon be opened for academic activities. It is also worth noting that the other trade unions within the universities and other tertiary institutions are poised to commence industrial action.

“Given this situation, where is the sense in anybody organising a conference for spouses with attendant cost that would be invariably borne by the universities?

“I am aware that the long military rule in Nigeria had left a hangover of undemocratic traditions hence we now have some vice-chancellors behaving as military governors and the office has become heavily politicised.

“Certainly, if this association is allowed to stand, the nation must brace up to the sprouting of all manner of spouses’ associations that will feed fat on our lean resources.

“In my considered view, the Committee of Vice – Chancellors has been doing its best to add value to the administration of Nigeria’s university system. I am sure it can only be get better under your able leadership.

“However, the association of their spouses has no value to add and no reason for existence. If anything, it could lower the high esteem in which the Nigerian public holds the Committee of vice- chancellor,” he maintained.