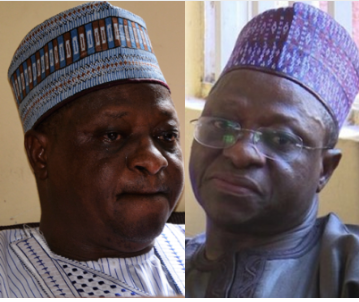 President Muhammadu Buhari on Thursday granted state pardon to former Governors Joshua Dariye and Jolly Nyame of Plateau and Taraba States respectively, who are serving terms in jail for corruption.

The governors were among 159 prisoners pardoned by the National Council of State at a meeting presided over by Buhari at the presidential villa in Abuja on Thursday.

Among the beneficiaries are a former military general and minister under the Sani Abacha regime, Tajudeen Olanrewaju, an army lieutenant colonel, Akiyode, who was an aide of former deputy to General Abacha, Oladipo Diya; and all the junior officers jailed over the 1990 abortive Gideon Orkar coup.

According to a presidency source, the two former governors were pardoned on health and age grounds.

Nyame, 66, governor of Taraba State from 1999 to 2007, was serving a 12-year jail term at the Kuje prison for misappropriation of funds while he was in office. The Supreme Court upheld his conviction in February 2020.

The former governor, elected as senator representing Plateau Central in the Senate in 2015, was sentenced in June 2018 but still completed his tenure from jail in June 2019.

In 2021, he led a partly successful appeal at the Supreme Court with a five-man panel of the court headed by Mary Odili, quashing his conviction in respect of criminal misappropriation in a unanimous decision.

The offences he was discharged of only attracted two years’ imprisonment and, so had no impact on his overall number of years of imprisonment. The apex upheld the ex-governor’s conviction in respect of criminal breach of trust, which attracted a 10-year jail term.

Adebukola Banjoko of the High Court of the Federal Capital Territory, Abuja, had on June 12, 2018, convicted Dariye and originally sentenced him to 14 years imprisonment on charges of criminal breach of trust and two years jail term for criminal misappropriation.

But following his appeal against the judgment, the Court of Appeal in Abuja on November 16, 2018, commuted the 14 years jail term to 10.

While the Court of Appeal affirmed his conviction, it held that Section 416 (2) of the Administration of Criminal Justice Act 2015, prohibited the imposition of a maximum sentence on a first offender, such as the convict.

The former governor had appealed to the Supreme Court.

Ejembi Emo, a member of the apex court’s panel noted that Dariye’s appeal “succeeded in part” after quashing his conviction in respect of charges of criminal misappropriation.

The meeting of the Council of State was attended by former presidents and military heads of state, except former President Olusegun Obasanjo who is in the United States on medical vacation.

The Nigerian Council of State is an organ of the Nigerian Government as stipulated by Third Schedule Part 1B of the 1999 Constitution (as amended).

Tight Security At Lekki-Ikoyi Link Bridge Over Resumption Of Tolling 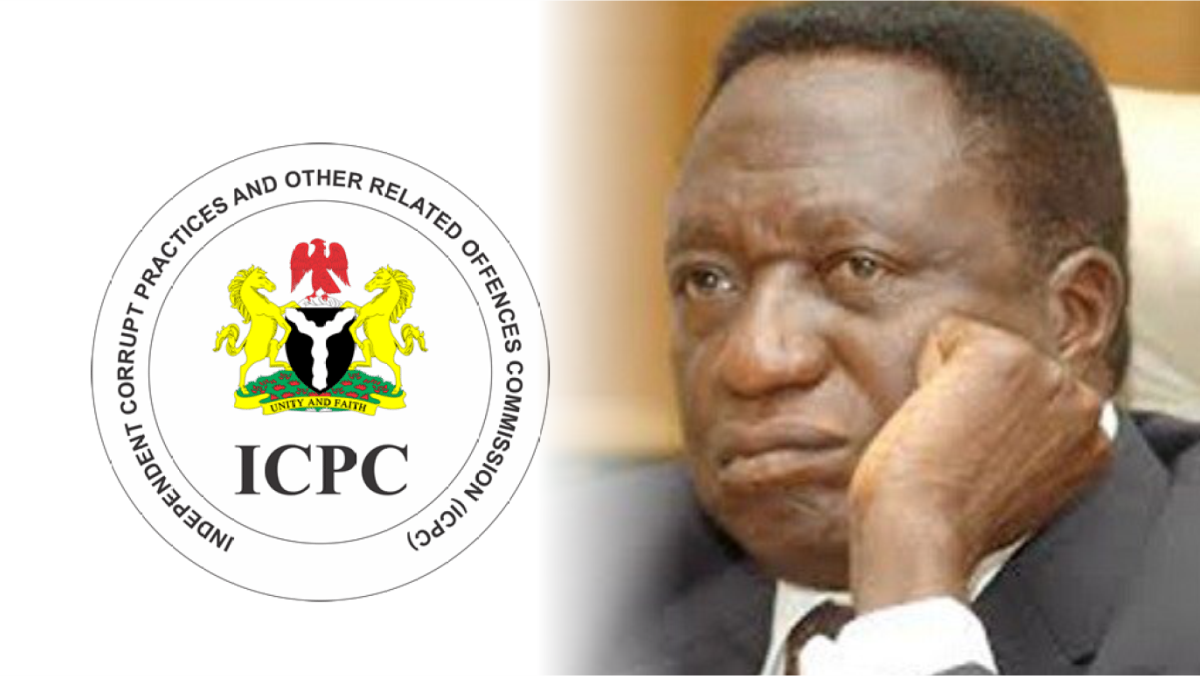 A former Registrar of the Joint Admission and Matriculation Board (JAMB), Prof. Adedibu Ojerinde, was re-arrested in court on Thursday in Abuja.

According to a statement on Thursday by the Independent Corrupt Practices and Other Related Offences Commission (ICPC) spokesperson, Azuka Ogugua, Prof. Ojerinde’s re-arrest by the commission followed a warrant issued by the Federal High Court, Abuja.

He is expected to face a team of investigators over new evidence uncovered in relation to his ongoing trial for diversion of funds while he was a public officer.

In the course of its ongoing investigation, the commission unearthed new evidence that suggests that Ojerinde is the sole signatory to various bank accounts operated in the name of Trillium Learning Centre Ltd and Sapati International School Ltd. Ojerinde allegedly operated those accounts using false identities and forged documents in the names of Joshua Olakulehin Olaniran and Akanbi Lamidi respectively. He also allegedly used another false identity, Adeniyi Banji, to operate a separate account in the name of Standout Institutes Ltd.

The ICPC has recovered the cheque books of the companies’ accounts from Ojerinde, who has been taken into custody at the headquarters of the commission.

The Commission may likely prosecute the former registrar before a court of competent jurisdiction for offences bordering on forgery of documents, stolen identity, money laundering and concealment of gratification if the new evidence is confirmed.

Ojerinde is currently being prosecuted by the commission at the Federal High Court Abuja and Federal High Court Minna on an 18-count charge bordering on abuse of office and fraud to the tune of about N10 billion while serving as heads of two government agencies, the National Examination Council (NECO) and JAMB.

He had allegedly conferred corrupt advantages upon himself at different times while being Head of JAMB and NECO, thereby violating Sections 19, 24, 25 (1) (a) and (b) of the Corrupt Practices and Other Related Offences Act 2000 and Section 1 (1)(b) of the Advance Fee Fraud Act, 2006. 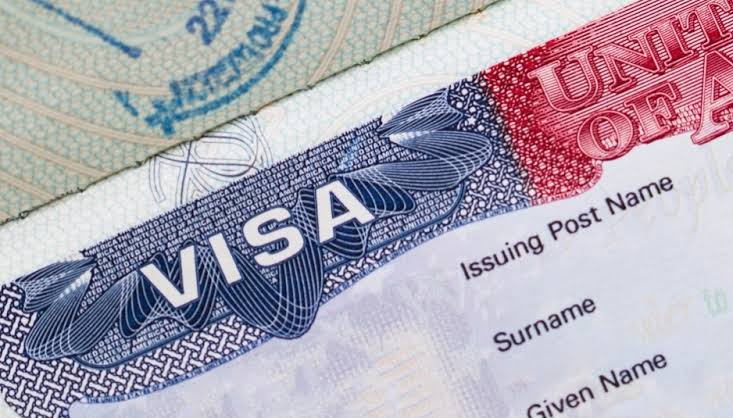 In a fresh move to strengthen democracy in Nigeria and fight corruption, the United States has unveiled visa restrictions on some Nigerians accused of undermining democracy.

The US Secretary of State, Antony Blinken, who disclosed this in a statement on Wednesday, said that the sanctioned individuals, whose name he did not reveal, would be ineligible for US visas.

The diplomat also explained that some family members of those barred from the US may also be subjected to the same restriction.

He stated, ”We are committed to supporting and advancing democracy in Nigeria and around the world. Today, I am announcing visa restrictions on specific individuals in Nigeria for undermining the democratic process in a recent Nigerian election.

‘’Under Section 212(a)(3)C) of the Immigration and Nationality Act, these individuals will be found ineligible for visas to the United States under a policy to restrict visas of those believed to be responsible for, or complicit in, undermining democracy in Nigeria.

‘’Certain family members of such persons may also be subject to these restrictions. Additional persons who undermine the democratic process in Nigeria—including in the lead-up to, during, and following Nigeria’s 2023 elections—may be found ineligible for U.S. visas under this policy.’’

Blinken clarified that the visa restriction was not targeted at the Nigerian people or the government.

He described it as a reflection of the US government’s commitment to supporting Nigeria’s aspiration to combat corruption and strengthen democracy and the rule of law.

‘’The visa restrictions announced today are specific to certain individuals and are not directed at the Nigerian people or the Government of Nigeria. The decision to impose visa restrictions reflects the commitment of the United States to support Nigerian aspirations to combat corruption and strengthen democracy and the rule of law,’’ the statement said.

The development is coming barely two months after the political counselor at the US Embassy in Nigeria, Rolf Olson, said that the US would impose visa sanctions on people who try to undermine Nigeria’s democratic process.

Speaking at the Hubert Humphrey Fellowship alumni association seminar last November, Olson said sanctions had been placed on persons who undermined the nation’s election before and would be repeated in the next election.

He said, ‘’Even a small number of troublemakers can cause substantial havoc to an election. It takes a comprehensive effort to try to eliminate the use of violence and inflammatory rhetoric.

“Individuals seeking to undermine the democratic process, including through violence, may be found ineligible for visas to the United States. We have imposed visa restrictions in the past against those responsible for, or complicit in, undermining the democratic process, and remain fully willing to do so again in the context of the upcoming elections.”