Former Governor of California and ex-Hollywood actor, Arnold Schwarzenegger, has reacted to the riots at the US Capitol Building on Wednesday, January 6, saying President Donald Trump will be remembered as the worst President in the history of the United States.

Schwarzenegger, in a seven-and-a-half minute video he posted on Twitter on Sunday, said American citizens needed “to heal together, from the drama of what has just happened.” He added:

“We need to heal, not as Republicans or as Democrats, but as Americans.”

“My message to my fellow Americans and friends around the world following last week’s attack on the Capitol.”

He compared the Capitol riots by a pro-Trump mob to Kristallnacht, also known as the Night of Broken Glass, the rampage of violence by the Nazi regime against Jewish communities, synagogues and businesses in Germany and in his native Austria during the Second World War in 1938.

“Wednesday was the day of broken glass right here in the United States. The mob also shattered the ideas we took for granted trampled the very principles on which our country was founded,” he said in the video.

Schwarzenegger said he grew up in Austria around “broken men drinking away the guilt over their participation in the most evil regime in history. They weren’t all rabid anti-Semites or Nazis. Many just went along, step-by-step, down the road.”

He also shared a story of his own father, who was a member of the Nazi Party during World War II.

“I’ve never shared this publicly because it is a painful memory, but my father would come home drunk, once or twice a week, and he would scream and hit us and scare my mother,” Schwarzenegger said.

“Men like my father were in both physical pains from the shrapnel in their bodies and in emotional pain from what they saw or did.

“Being from Europe, I’ve seen first-hand how things can spin out of control. Our democracy held firm. President Trump sought to overturn the results of an election, of a fair election. He sought a coup by misleading people with lies. My father and our neighbors were misled also with lies, and I know where such lies lead.

“President Trump is a failed leader. He will go down in history as the worst President ever. The good thing is he will soon be as irrelevant as an old tweet.

“Our democracy is like the steel of this sword. The more it is tempered, the stronger it becomes.

“President-elect Biden, we wish you great success as our President. If you succeed, our nation succeeds. We support you with all our hearts as you seek to bring us together.

“And to those who think they can overturn the United States Constitution, know this: You will never win.” 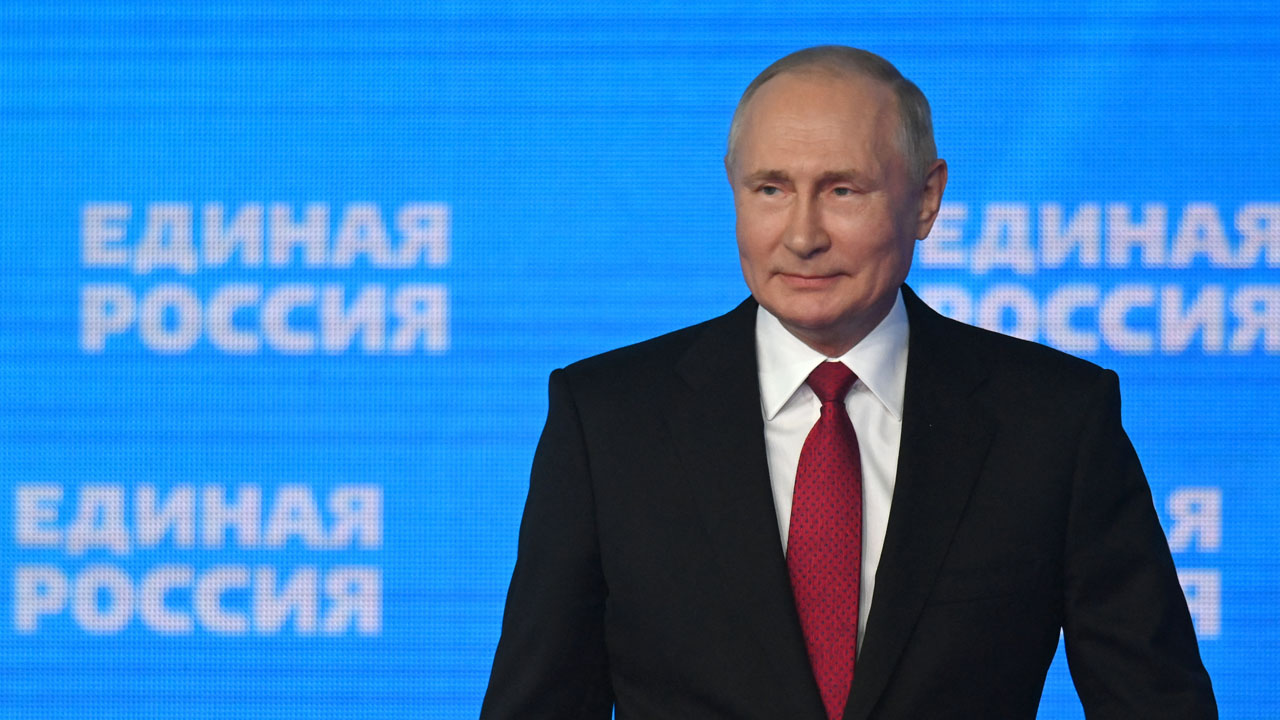 In a fresh move at weakening Russia as it continues its war in Ukraine, the United Kingdom has announced further sanctions against Russian citizens and companies .

The sanction included some individuals described as being in Russian President Vladimir Putin’s “inner circle.”

Among those sanctioned is Vladimir Potanin, described by the United Kingdom as Russia’s second-richest man.

He is said to have an estimated net worth of nearly $16 billion, and is a “key supporter of the Kremlin” accused of continuing “to amass wealth as he supports Putin’s regime.”

As president of the Russian coal mining company JSC Kolmar Group — also sanctioned Tuesday — the UK believes Tsivileva and her husband Sergey Tsivilev, the governor of the coal-rich Kemerovo region, have “significantly benefitted” from their relationship with Putin.

The UK’s latest sanctions on Wednesday also target Russian citizens and companies for their alleged involvement in supporting the Assad regime in Syria, a key Russian ally in the Middle East.

“As long as Putin continues his abhorrent assault on Ukraine, we will use sanctions to weaken the Russian war machine.

“Today’s sanctions show that nothing and no one is off the table, including Putin’s inner circle,” a UK government spokesperson said. 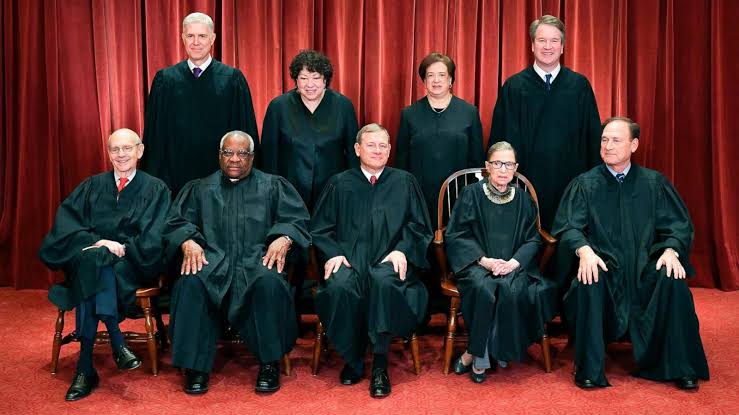 In a landmark ruling, the United States Supreme Court on Friday ended the right to abortion and removed half a century of constitutional protections on one of the most divisive and bitterly fought issues in American political life.

The conservative-dominated court overturned the landmark 1973 “Roe v Wade” decision that enshrined a woman’s right to an abortion, saying that individual states can now permit or restrict the procedure themselves.

“The Constitution does not confer a right to abortion; Roe and Casey are overruled; and the authority to regulate abortion is returned to the people and their elected representatives,” the court said.

“The Constitution does not prohibit the citizens of each State from regulating or prohibiting abortion,” he said.

Dissenting were the three liberals on the court.

The ruling will likely set into motion a cavalcade of new laws in roughly half of the 50 US states that will severely restrict or outright ban and criminalize abortions, forcing women to travel long distances to states that still permit the procedure.

The opinion shredded the 1973 Roe v. Wade ruling by the nation’s highest court that said women had the right to abortion based on the constitutional right to privacy over their own bodies.

Alito’s opinion largely mirrors his draft opinion that was the subject of an extraordinary leak in early May, sparking demonstrations around the country and tightened security at the court in downtown Washington.

Barricades have been erected around the court to keep back the protesters gathered outside — after an armed man was arrested on June 8 near the home of conservative justice Brett Kavanaugh.

The court’s ruling goes against an international trend of easing abortion laws, including in such countries as Ireland, Argentina, Mexico and Colombia where the Catholic Church continues to wield considerable influence.

It represents a victory over 50 years of struggle against abortion by the religious right but the anti-abortion camp is expected to continue to push for an outright nationwide ban.

The ruling was made possible by the nomination of three conservative justices to the court by former Republican president Donald Trump — Neil Gorsuch, Kavanaugh and Amy Coney Barrett.

The case before the court was a Mississippi law that would restrict abortion to 15 weeks but during the hearing of the case in December several justices indicated they were prepared to go further.

According to the Guttmacher Institute, 13 states have adopted so-called “trigger laws” that will ban abortion following the move by the Supreme Court.

Ten others have pre-1973 laws that could go into force or legislation that would ban abortion after six weeks, before many women even know they are pregnant.

Women living in states with strict anti-abortion laws will either have to continue with their pregnancy, undergo a clandestine abortion or obtain abortion pills, or travel to another state where the procedure remains legal.

Several Democratic-ruled states, anticipating an influx, have taken steps to facilitate abortion and clinics have also shifted their resources.
Travel is expensive, however, and abortion rights groups say abortion restrictions will severely impact poor women, many of whom are Black or Hispanic.
AFP

Earthquake In Afghanistan Kills Over 900 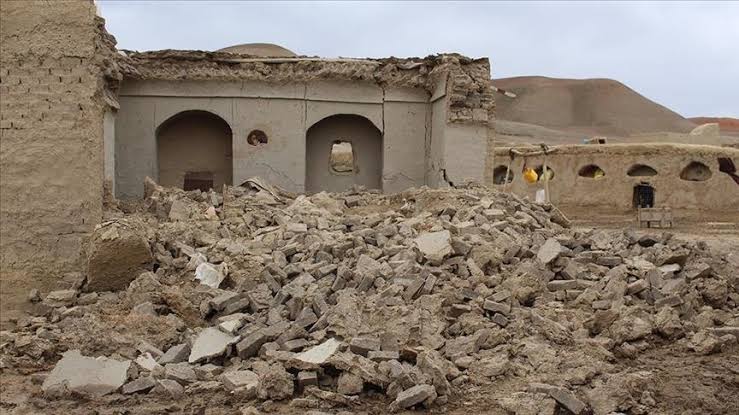 Over 900 people have been killed and hundreds injured as a powerful earthquake struck a remote border region of Afghanistan overnight killing.

Officials who disclosed this on Wednesday noted that the toll was expected to rise as rescuers dig through collapsed dwellings.

The 5.9 magnitude quake struck hardest in the rugged terrain of the east, where people already live hardscrabble lives in a country in the grip of a humanitarian disaster made worse by the Taliban takeover in August.

The death toll has climbed steadily all day as news of casualties filtered in from hard-to-reach areas in the mountains, and the country’s supreme leader, Hibatullah Akhundzada, warned it would likely rise further.

“So far the information we have is that at least 920 people have been martyred and 600 injured,” Sharafuddin Muslim, the deputy minister for disaster management, told a press conference in the capital, Kabul.

Earlier, a tribal leader from Paktika province – one of the hardest hit areas – said survivors and rescuers were scrambling to help those affected.

“The local markets are closed and all the people have rushed to the affected areas,” Yaqub Manzor told AFP by telephone.

Even before the Taliban takeover, Afghanistan’s emergency response teams were stretched to deal with the natural disasters that frequently struck the country.

But with only a handful of airworthy planes and helicopters, an immediate response is often limited.

“The government is working within its capabilities,” tweeted Anas Haqqani, a senior Taliban official.

“We hope that the International Community & aid agencies will also help our people in this dire situation.”

The United Nations and European Union were quick to offer help.

“Inter-agency assessment teams have already been deployed to a number of affected areas,” the UN Office for the Coordination of Humanitarian Affairs (UNOCHA) in Afghanistan tweeted.

Tomas Niklasson, EU special envoy for Afghanistan, tweeted: “The EU is monitoring the situation and stands ready to coordinate and provide EU emergency assistance to people and communities affected.”

Afghanistan is frequently hit by earthquakes – especially in the Hindu Kush mountain range, which lies near the junction of the Eurasian and Indian tectonic plates.

Scores of people were killed and injured in January when two quakes struck rural areas in the western province of Badghis, damaging hundreds of buildings.

In 2015, more than 380 people were killed in Pakistan and Afghanistan when a 7.5-magnitude earthquake ripped across the two countries, with the bulk of the deaths in Pakistan.

From the Vatican City, Pope Francis offered prayers for the victims of the latest quake.

“I express my closeness with the injured and those who were affected,” the 85-year-old pontiff said at the end of his weekly audience.

The latest earthquake came at a time when Afghanistan is battling a severe humanitarian disaster, worsened by the Taliban takeover of the country.

Aid agencies and the United Nations say Afghanistan needs billions of dollars this year to tackle the crisis.
Aid agencies have particularly stressed the need for greater disaster preparedness in Afghanistan, which remains extremely susceptible to recurring earthquakes, floods and landslides.

The quake was felt as far away as Lahore in Pakistan, 480 kilometres (300 miles) from the epicentre, according to responses posted on the USGS and European Mediterranean Seismological Centre (EMSC) websites. (AFP)