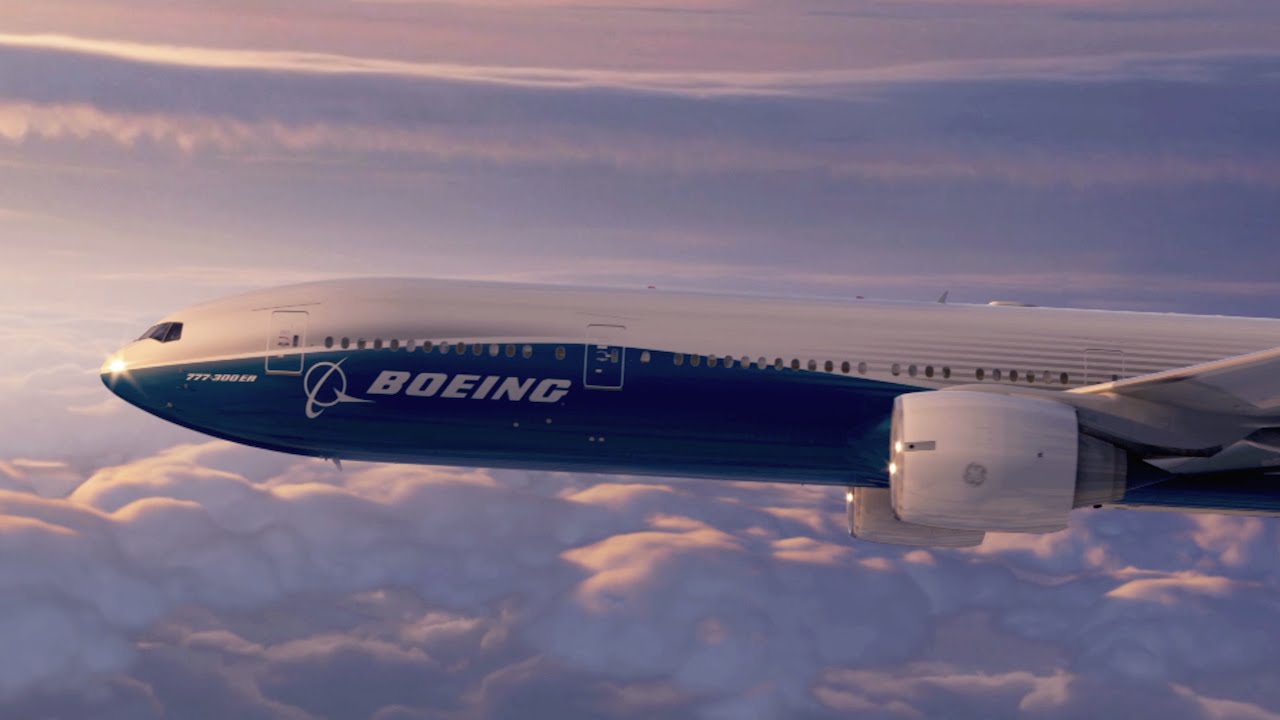 Dozens of Boeing 777 aircraft were grounded globally after the engine of a United Airlines plane caught fire and scattered debris over a suburb of Denver, Colorado.
It is a fresh blow for the beleaguered US aviation giant that was forced to ground another fleet of planes after a series of deadly crashes.

Boeing said Monday that 128 of its 777 planes with Pratt & Whitney engines would stop flying after the fire Saturday that forced the United Airlines plane to make an emergency landing.

“I have just had confirmation that all the 777s equipped with this engine have been grounded,” a spokeswoman for the planemaker told AFP in a text message.

Flight UA328 had been headed from Denver to Honolulu when it experienced engine failure shortly after departure.

A video shot from inside the plane — which had 231 passengers and 10 crew on board — showed the right engine ablaze and wobbling on the wing of the Boeing 777-200.

Residents in the Denver suburb of Broomfield found large pieces of the plane scattered around their community.
Its front cowling, which landed in the front yard of a house, was entirely missing as the aircraft returned to Denver airport.
There were no injuries on the plane or on the ground, authorities said.

The US Federal Aviation Administration had ordered extra inspections of some passenger jets after the incident.
Steve Dickson, the head of the regulator, said he had consulted with experts, signalling the planes would likely be removed from the air.

READ ALSO: I’m Ready For Trial In Hague Over Defence Of My People – Kanu

I have directed them to issue an Emergency Airworthiness Directive that would require immediate or stepped-up inspections of Boeing 777 airplanes equipped with certain Pratt & Whitney PW4000 engines,” he said in a statement.

Dickson added that a preliminary safety data review pointed to a need for additional checks of the jet engine’s fan blades, which were unique to the engine model and only used on 777 planes.

Officials from the FAA met with Pratt & Whitney and Boeing representatives on Sunday evening, he added.
The US National Transportation and Safety Board also said it was investigating the incident, while United Airlines, Asiana, Japan Airlines and All Nippon Airways grounded their planes earlier.

Japan’s transport ministry had earlier said it had ordered stricter inspections of the engine after a Japan Airlines 777 plane flying from Haneda to Naha experienced trouble with “an engine in the same family” in December.

Asiana Airlines, South Korea’s second-largest carrier, had also said it would not fly any of its seven currently operational 777s.
The engine failure is unwelcome news for Boeing following several high-profile accidents.
The manufacturer’s 737 MAX was grounded worldwide in March 2019 after 346 people died in two crashes — the 2019 Lion Air disaster in Indonesia and an Ethiopian Airlines crash the following year.

Investigators said a main cause of both crashes was a faulty flight handling system known as the Maneuvering Characteristics Augmentation System, or MCAS.

Boeing was forced to revamp the system and implement new pilot training protocols.
This month the aircraft made its first commercial flight in Europe since the grounding, after the continent’s air safety regulator EASA approved the return of the 737 MAX.

The FAA and Britain’s Civil Aviation Authority have also cleared the aircraft for flying again.
The 737 MAX was a big hit with airlines, becoming Boeing’s fastest-selling aircraft until its grounding, which has now been lifted.
After the Covid-19 crisis decimated demand, airlines cancelled hundreds of orders for the plane. 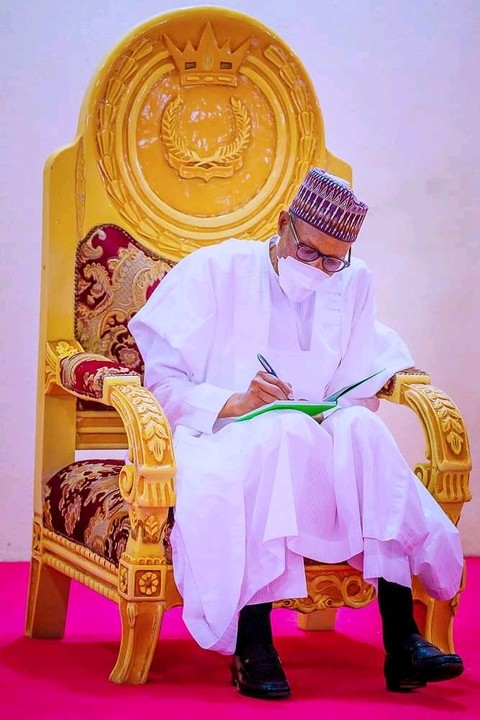 As President Muhammadu Buhari seeks to amend certain provisions of the Petroleum Industry Act (PIA), he is silent on the demand of oil communities for five percent equity share.

The joint National Assembly committees that worked on the PIB had proposed a five per cent equity share for the development of the host communities but the Senate led the campaign for its reduction to three per cent while the House of Representatives approved the panel’s recommendation.

The conference committee set up by the presiding officers of both chambers in their recommendation, fixed the equity share at three per cent and was invariably approved by the National Assembly.

The development degenerated into a controversy with senators from the South-South geopolitical zone kicking against it and asked Buhari to resolve the impasse by seeking an amendment to increase the equity share to five per cent.

However, the new amendments proposed by the president did not address the concerns of the South-South stakeholders.

Rather, Buhari’s fresh request centred basically on the need to review the administrative structure of the Upstream Regulatory Commission and the Nigerian Midstream and Downstream Petroleum Regulatory Authority.

Buhari is seeking the senators’ approval to increase the numbers of the non-executive board members of each of the regulatory agencies from two to six, in order to capture the six geopolitical zones.

He said: “The Petroleum Industry Act 2021 provided for the appointment of two non- executive members for the board of the two regulatory institutions.

“I am of the view that this membership limitation has not addressed the principle of balanced geopolitical representation of the country.

“Therefore, I pray for the intervention of the 9th Assembly to correct this oversight in the interest of our national unity.

“Needless to add that this amendment will provide a sense of participation and inclusion to almost every section of the country in the decision making of strategic institutions such as oil industry.

“if this amendment is approved, it will now increase the number of the non-executive members from two to six that is one person from each of the six geopolitical zones of the country.”

The president also removed the ministers of finance and petroleum resources from the board of the two agencies.

According to him, the two ministers already have constitutional responsibilities of either supervision or inter-governmental relations.
He said: “They can continue to perform such roles without being on the board.

“It is also important to note that administratively, the representatives of the ministries on the board will be directors – being the same rank with the directors in the institution

“This may bring some complications in some decision-making especially on staff-related matters.”

Buhari added that the appointments of the executive directors who would be in charge of the seven departments in the NMDPRA should not be subjected to Senate confirmation since they are civil servants who were promoted in the course of their career.

He said :“The Act has made provision for seven departmental heads in the Authority to be known as executive directors.

“Their appointment (according to the PIA) will also be subjected to Senate confirmation. This category of officers are civil servants and not political appointees.

“The Senate is invited to note the need to exempt serving public officers from the established confirmation process for political appointments.

“This will ensure effective management of the regulatory institutions through uniform implementation of public service rules for employees of the Authority.

“In the future, these positions will obviously be filled by the workers in the Authority.”

Buhari said the proposed amendment would also increase the membership of the board from nine to 13 members that is representing 44 per cent expansion of the board site.

He said: “This composition would strengthen the institutions and guarantee national spread and also achieve the expected policy contributions.” 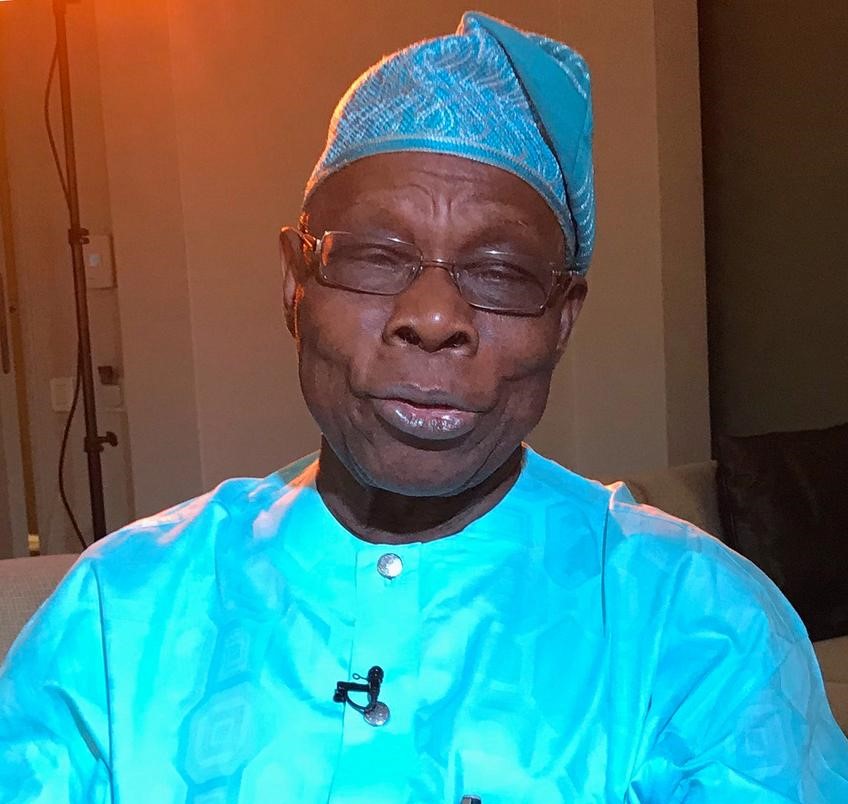 Erstwhile President Olusegun Obasanjo has condemned the Federal Government’s plan to take fresh loans amid criticism by Nigerians over incessant borrowing by the current administration.

While speaking to Channels Television in South Africa, Obasanjo described as criminal, the alleged move to accumulate debts for the next generation to pay.

Obasanjo expressed worries that if the existing debts remain unserviced or unpaid by the President Muhammadu Buhari’s administration, it might become a huge problem for successive governments.

Reacting, the former president who believes that borrowing is not a problem, however, stated that the challenge would be the utilization of the borrowed fund and the plan or capacity to pay back. 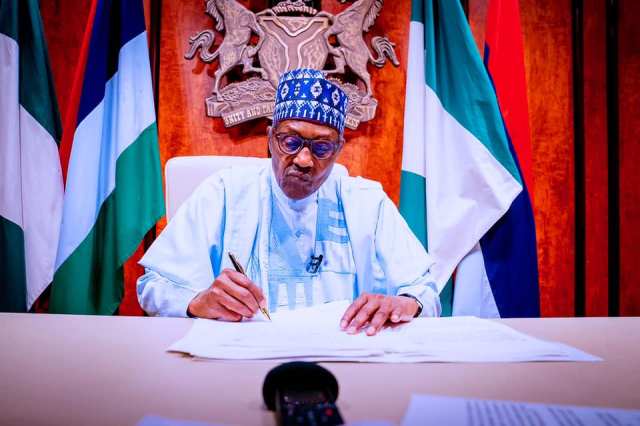 In a statement on Sunday by the Special Adviser to the President (Media and Publicity), Femi Adesina, he said that the president gave the order in his capacity as the Minister of Petroleum.

“This is in consonance with Section 53(1) of the Petroleum Industry Act 2021, which requires the Minister of Petroleum Resources to cause for the incorporation of the NNPC Limited within six months of commencement of the Act in consultation with the Minister of Finance on the nominal shares of the Company,” the statement said.

The statement said the Group Managing Director of the NNPC, Mr Mele Kolo Kyari, had been directed to take necessary steps to ensure that the incorporation of the NNPC Limited is consistent with the provisions of the PIA 2021.

President Buhari has also approved the appointment of the Board and Management of the NNPC Limited, with effect from the date of incorporation of the company.

The President named Senator Ifeanyi Ararume aa Chairman of the Board while Mele Kolo Kyari and Umar I. Ajiya were appointed as Chief Executive Officer, and Chief Financial Officer, respectively.