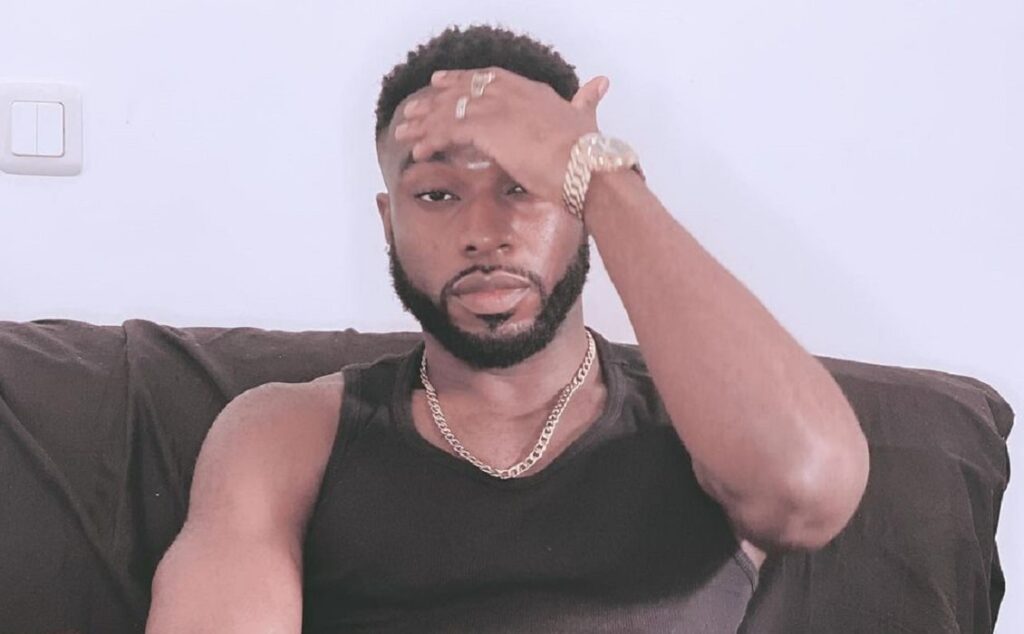 Bolu Okupe, the son of former presidential media aide to Goodluck Jonathan, Doyin Okupe, has announced the breakup between him and his French boyfriend.

Taking to Instagram to announce this on Tuesday, the younger Okupe said “Yes, we broke up, sadly we are done, and our relationship is over. I was blessed by every bit of our time together. But sometimes things just don’t work out, love and light,” he said.

He hoped to find another love interest who will walk him down the aisle.

“I still have plans of doing a gay wedding in Nigeria. Let’s just hope my next relationship works out,” he stated.

However, the 27-year-old Bolu failed to give reason for calling off the relationship. 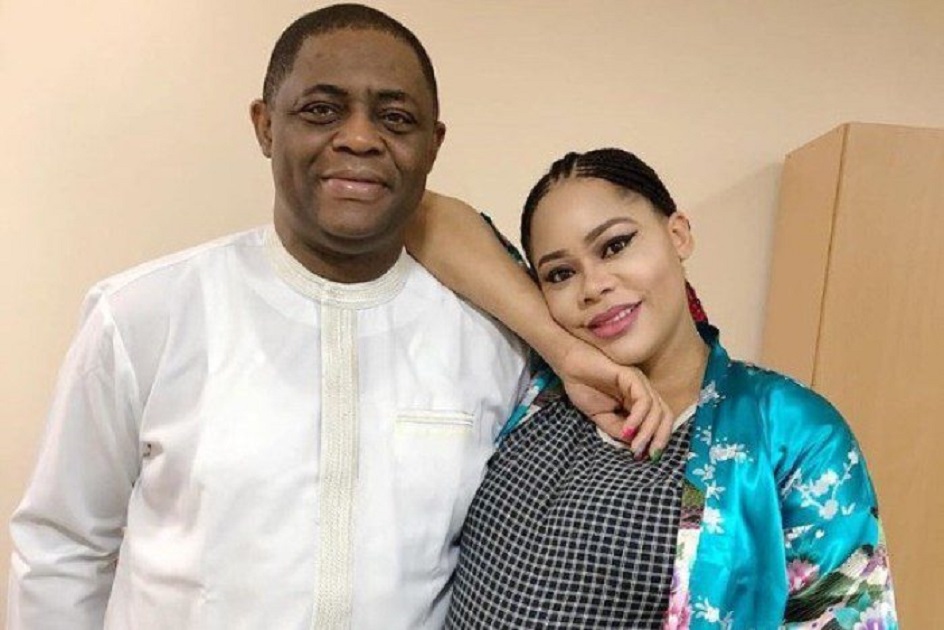 A former wife of erstwhile Aviation Minister Femi Fani-Kayode has told a court how his erectile dysfunction made him unable to have sex with her for the six years of their marriage.

Former beauty queen Precious Chikwendu disclosed this to a Customary Court of the Federal Capital Territory (FCT), Abuja in an application filed through her counsel, Mr Abiodun Olusanya, seeking permission to see her children.

In the suit marked FCT/CCK8/01/043/2021, Chikwendu told the court that Fani-Kayode did not have sex with her for six years and that she was forced to remain celibate during the marriage.

She also alleged that the four children she has with Fani-Kayode were conceived via artificial insemination.

Chinwendu claimed through her lawyer that: “at every attempt the petitioner made to have sexual intercourse with the respondent, there was never erection of the respondent’s penis/manhood and penetration was frustrating.

“During such periods of frustration and sexual desire, the petitioner would be left with the choice of merely rubbing herself on the respondent, to have the slightest bit of relief.

“The petitioner then insisted parties should seek medical help for the respondent, and on visiting the family doctor, the respondent claimed he was diagnosed of having a cyst on his penis/manhood, which is not allowing the respondent to have erection and or perform sexually.

“He was supposedly placed on cyprotab and the doctor suggested that the respondent should go and decide when he wishes to remove/untangle the cyst.”

Chikwendu asked the court to declare that she was never married to Fani-Kayode because he did not pay her bride price nor performed customary or statutory marriage rites with her.

She mentioned that in the course of their cohabitation, she discovered that despite Fani-Kayode’s denial, his marriage to his third wife, Regina, subsisted.

Chikwendu made the averments in her November 29, 2021 “Application for issuance of civil summons/plaint” against Fani-Kayode (the respondent) in suit FCT/CCK8/01/043/2021 filed by her counsel Mr Abiodun E. Olusanya.

She also sought an order granting her access to her kids during their calendar year and the respondent be continuously responsible for the academic, medical, clothing and welfare of the four children of the cohabitation.

Fani-Kayode is yet to file a response to the application. 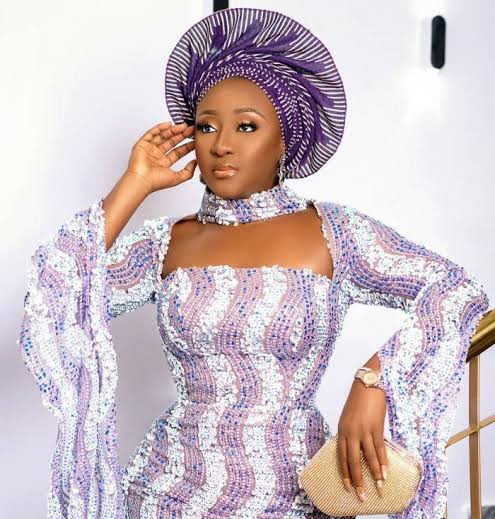 Nollywood Actress Ini Edo has confirmed a report that she has got a baby through surrogacy. She spoke in an interview with journalist and blogger Stella Dimoko Korkus.

Confirming the development, Ini Edo said: “Yes I do have a daughter and I had her through surrogacy. The eggs are mine and so genetically she’s my blood. I chose this path to fulfil my dream of becoming a mother.

I still have a good number of eggs frozen in case I decide to do surrogacy again or carry my baby myself, who knows.”

She said she opted for a donor for ” me and my baby’s peace of mind. Another major reason I opted for a donor is because it scares me so much when I see banter and controversies between a mother and a father over a baby in public forums or when I see the man insisting he wants his child if things dont work out between both parties.. For me it’s the fear of what that would mean for the child .Ideally, it’s marriage then children but we are not living in an ideal world.

“I am not someone who allows any situation to control me. I make lemonades out of lemons thrown my way and have no regrets. Life itself is so fragile and short to be striving for perfection. I am well and capable of taking care of my own child as I’ve been taking care of myself .I wanted a child and thank God for the options of surrogacy and donors..”

On why she herself did not break the news, she said she was not avoiding talking about it. She also said that the alleged father of the child was not the right person.

“No I was not, I was hoping to talk about her on her 1st birthday in a few months but mischief makers beat me to it and spoilt the beautiful story with lies. The sad thing about this is dragging an innocent man into something that has absolutely nothing to do with him.

“I naturally make friends better with guys than women.. I do have a few female friends don’t get me wrong but I relate better with people who are older and way more experienced in life than I am. I relate with people who bring real value to my life .How many people can one possibly date? I have loads of male friends, most of them, I am friends with their entire family including wives .

“It is so sad that in Nigeria, when a ‘single’ woman is friends with a guy, it must mean to people that they are dating ..I mean make it make sense, Kome has been my friend for years and that’s what it is, period. He is a responsible family man and doesn’t deserve to be dragged into my motherhood story…… Anyone saying that he is the father of my daughter is a lie from the pit of hell,” she said.

She explained surrogacy, noting that the process is very expensive.

Her words : “Surrogacy process is quite expensive, and starts with the stimulation process ,egg retrieval and insemination on the chosen surrogate which in my case was all handled strictly by the hospital.”

On her she feels as a mother, she said “It is an awesome feeling and experience and as I watch my daughter grow every day, I am in awe of the miracles that God has sent my way and I am so thankful and grateful to be my daughter’s mother.”

Ini Edo said she would happily recommend this route for all women trying to conceive naturally but finding it difficult.

“I would recommend surrogacy for any one having difficulty conceiving …I had a series of miscarriages in the past but that wasn’t my reason for going this route .I still hope to carry babies In my womb in the future, God willing,” she noted.

But while the actress is a celebrity whose face is easily recognisable in the public, she said she was not ready to expose her daughter to her colleagues and on the social media .

“I really hope to keep my baby off the social media , and this was why I’ve been reluctant putting her out there. I would love to keep everything about her private for now. There are a lot of celebrities whose children are not growing up on the social media pages and living normal lives.. That is how I want it to be for my daughter… it is a choice to put her out there or not and I choose to keep her private”, she said.

But while Ini Edo loves children, she is not ready to get married.

She said: ” Right now, marriage isn’t my priority, I’ve been married before and it wasn’t exactly a bed of rosesoses. Marriage is a good thing instituted by God and ultimately most people’s desire but I am not just crazy about the distractions and the complications that come with it.. I am not against it though…

“I’m in the phase of taking care of my child and focusing my positive energies on motherhood and my running businesses. This is all I have time for right now and shun all negative news or energy…..” 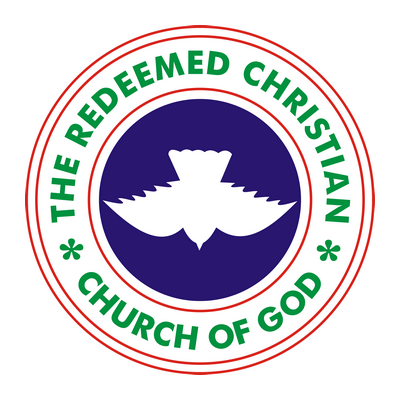 The Redeemed Christian Church of God (RCCG), the City of David in Victoria Island, Lagos, has launched a dating website.

“There is no marriage in heaven!” the church posted on its official Facebook page, days after the website went live.

“We are here to help you connect and hopefully meet your better half.”

A visit to the website shows that the dating platform connects adults in preparation for courtship and marriage.

Intending participants must register and have their details processed before approval. Participants are not expected to pay any fee to access the platform.

The aim of the platform is to connect people for courtship and marriage, according to the church. Photo: Facebook/Pastor Idowu Iluyomade

In a statement on the dating site, users of the platform were advised to carry out their due diligence before connecting with other participants.

“The Redeemed Christian Church of God, City of David Parish makes no representations or warranties and expressly disclaims any and all liability concerning any damages sustained by any registrant as a result of connecting with anyone on this platform,” the disclaimer added.

In a video on its Facebook page, the Parish Pastor, Idowu Iluyomade, said people on the platform are of varying ages.

The platform is already organising virtual masterclasses for participants where it teaches about key ingredients for a successful marriage.