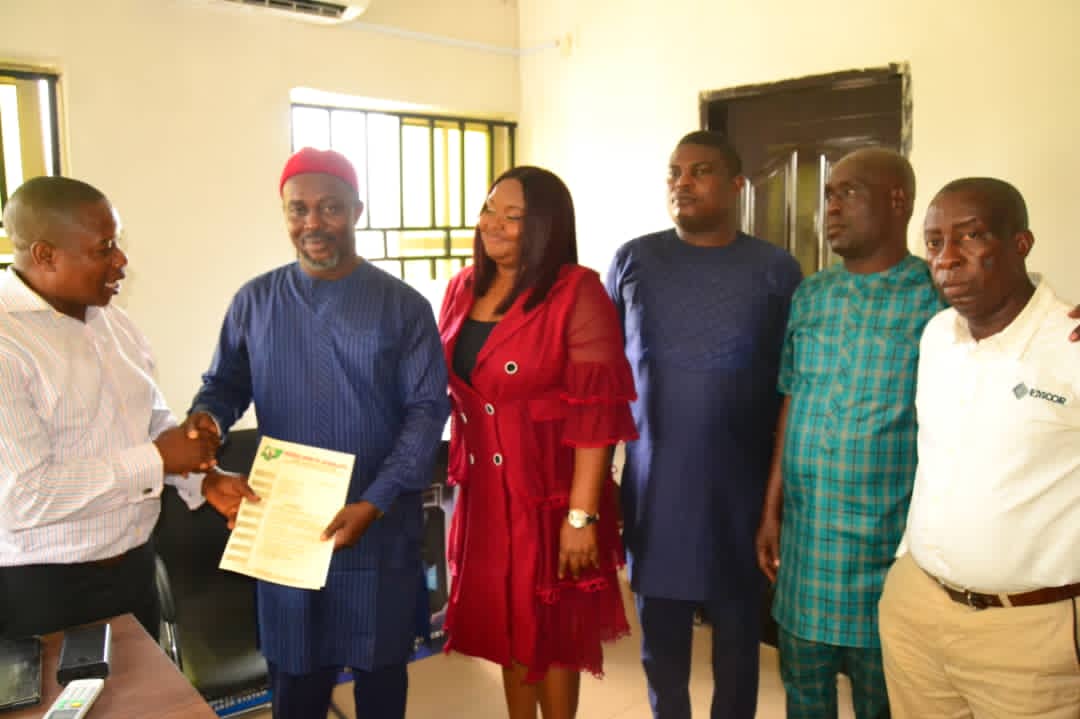 By Patrick Ochei
The Nigeria Union of Journalists (NUJ), Delta State Council has inaugurated a committee to set agenda for candidates of political parties standing elections in 2023, naming the channel of activities as “The Platform’.

Inaugurating the Committee, the NUJ Chairman, Comrade Michael Ikeogwu said that The Platform was a creation of the Council to enable it to interface with candidates of political parties running for the 2023 general elections for the purpose of bringing them to interface with journalists in the state.

He quoted sections of the Constitution of Nigeria where the power to hold government to account and mount surveillance on the society was vested in the media.

According to him, times are gone when the union would remain silent and not activate constitutional mechanisms to interrogate the processes of elections and the actors involved.

He declared that the time had come to get involved by engaging different political parties and their candidates through The Platform.

Comrade Ikeogwu emphasised that the engagement would cover all candidates from House of Assembly, House of Representatives, Senate and Governorship. He noted that it would afford the electorate the opportunity to make informed decisions on who to represent them.

He used the medium to call on political parties fielding candidates for the 2023 general elections in Delta State to prepare their candidates for the engagement aimed at showcasing the candidates, their policies, programmes and plans for the actualization of their mandate when they eventually emerge from the elections.

In his acceptance speech, the Chairman of the Committee, Chief Sony Neme assured the Chairman and the State Working Committee of NUJ that the programme would not fail.

He said that he and other members of the committee would work to reciprocate the implicit confidence reposed in them to carry out the onerous task of getting candidates standing elections to talk to Nigerians and Deltans in particular.

The Secretary of the Council, Comrade Patrick Ochei commended the committee members for accepting to serve the union at a critical time as this, urging them to make the union proud by representing it in good light.

He said that in times of elections, the people look towards the journalist as their hope and defender, maintaining that such credible image being portrayed over the years by the NUJ must be nurtured and well represented.