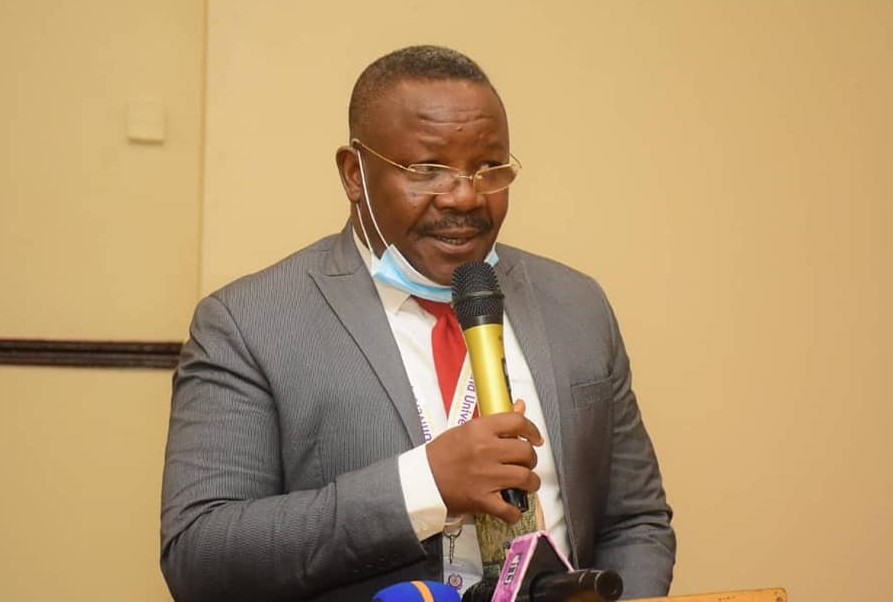 After hours of interrogation by the Defence Intelligence Agency (DIA ), Commodore Kunle Olawunmi (retd) was released on Tuesday.

The DIA summoned Olawunmi over statements credited to him that Boko Haram terrorists were being sponsored by governors, senators and some officials in the presidency.

He had earlier arrived at the DIA headquarters in company of his lawyers, Femi Falana, SAN, and Abubakar Marshal, at about 4:00 p.m.

It was learnt that the session between both parties lasted about three hours.

Contacted last night on the outcome of the meeting, Falana, said: “I confirm that it was a friendly chat between Commodore Kunle Olawunmi and his colleagues. The chat ended a few minutes ago.

“I was allowed to represent the retired military officer during the friendly chat in strict compliance with the provisions of the Administration of Criminal Justice Act.”

Olawunmi had in a recent interview with Channels Television’s breakfast programme, Sunrise Daily, also said the current government had failed to show the political will to go after the sponsors of Boko Haram.

The retired Commodore, a professor of Global Security Studies, who said he was a member of the Intelligence Brief at Defence Headquarters during the leadership of the then Chief of Defence Staff, Gen. Abayomi Olonisakin (retd), had said in the interview: “I told General Olonisakin then that the centre of this problem cannot be solved the same way we solved the problem of Niger Delta.

‘’The Niger Delta problem was solved during (Ex-President Umaru) Yar’Adua basically by me and I told them that we can’t use that same template for Boko Haram.

“I told General Olonisakin to look at the centre of gravity of the problem. I was made a member of the committee in 2016-2017 including (Chief of Army Staff, Lt.-Gen. Ibrahim) Attahiru that died.

“I told them that the centre of gravity of Boko Haram in Nigeria is the sponsors of the programme. It was beyond us because the job we needed to do was kinetic but we cannot resolve issues of sponsors of Boko Haram that were in Buhari’s government that we know them.

‘’That was why we couldn’t pursue that aspect that could have resolved the issue because we need to arrest people.

“Recently, 400 people were gathered as sponsors of Boko Haram, why is it that the Buhari government has refused to try them? Why can’t this government bring them to trial if not that they are partisan and part of the charade that is going on?

“You remember this Boko Haram issue started in 2012 and I was in the military intelligence at that time. We arrested those people. My organisation actually conducted interrogation and they (suspects) mentioned names.

“Why should a government decide to cause this kind of embarrassment and insecurity to the sense of what happened yesterday (Tuesday at the NDA)?” he queried, adding that terrorist financiers want to turn Nigeria to Taliban type of country.

DHQ in a statement had said Olawunmi was only invited to shed light on information he provided on Channel Television on tackling terrorism.

The Director of Defence Information (DDI), Major General Benjamin Sawyer, had insisted in a statement that the informal invitation was harmless.