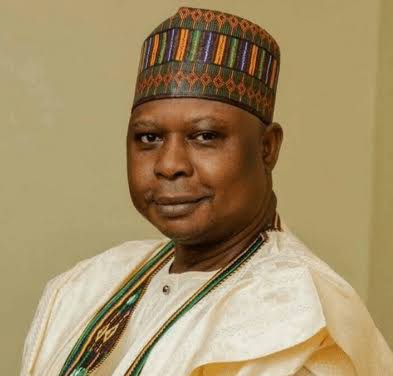 The Economic and Financial Crimes Commission (EFCC) has failed to link Minister of Special Duties and Inter-Governmental Affairs, Kabiru Turaki and his co-defendants with alleged corruption.

This was the verdict of a Federal High Court sitting in Abuja, on Monday. The court discharged and acquitted them of money laundering charges.

Justice Inyang Ekwo, in a ruling on the no-case submission filed by the defence, upheld the EFCC had failed to link Turaki and his co-defendants with the offences contained in the 16 counts.

He said that the prosecution could not establish a prima facie case against them.

While describing the 12 witnesses relied on by the EFCC as “tainted witnesses”, Justice Ekwo said that the defendants had dislodged all the evidence of the prosecution witnesses summoned in the matter during cross-examination.

The judge further noted that it was established during cross-examination that Turaki was not a signatory to the account of the ministry and did not authorise any payment or make any transfer of funds.

The court aligned with the argument that held the former minister was not a member of the Ministerial Tender Board and that there was no inflow of funds from the account of the ministry to Turaki’s company.

It was reported that the EFCC, in the 16 counts, had accused the ex-minister alongside his former Special Assistant, Sampson Okpetu, and two firms – Samtee Essentials Limited and Pasco Investment Limited, of money laundering charges involving about N854m.

The EFCC alleged that the ex-minister used the two companies: Samtee Essentials Limited, and Pasco Investment Limited – to perpetrate the alleged fraud while he was serving as the Minister of Special Duties and Inter-Governmental Affairs, and during his stint as a supervisory minister under the Ministry of Labour.

Turaki presided over the Ministry of Special Duties and Inter-governmental Affairs from 2013 to 2015 and served as the Supervising Minister of Labour from 2014 to 2015 in former President Goodluck Jonathan’s administration.
NAN