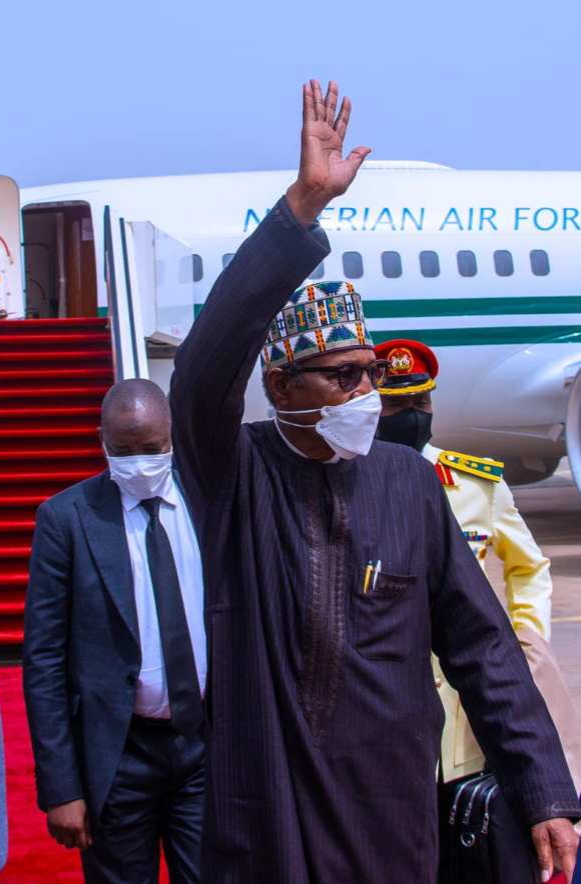 President Muhammadu Buhari on Friday aborted his planned medical trip to the United Kingdom and returned to Abuja after a three-day visit to Nairobi.

Buhari was in the Kenyan capital where he participated in the 50th anniversary of the United Nations Environmental Programme (UNEP).

The president, whose aircraft touched down at the presidential wing of Nnamdi Azikiwe International Airport, Abuja around 1:00 p.m. on Friday, was initially scheduled to proceed to London in the United Kingdom, for a two-week medical checkup.

The Senior Special Assistant (SSA) to President Muhammadu Buhari on Media and Publicity, Malam Garba Shehu, however disclosed that the president had to return to Abuja after an early completion of his task in Nairobi, Kenya.

Shehu said Buhari had not cancelled his UK trip, and would now travel to London, United Kingdom (UK) on Sunday 6th of March.

An earlier announcement by the presidency stated that Buhari would spend two weeks in the UK for medical reasons.

While in Kenya, Buhari participated in the Special Session to commemorate the 50th anniversary of the United Nation’s body.

The President also met with Mr Ibrahim Thiaw, Executive Secretary of the UN Convention to Combat Desertification (UNCCD) in Nairobi.

During the meeting, Buhari directed collaboration between the Ministries of Environment, Water Resources, Agriculture and Rural Development and Power to combat desertification.

Govt Seals Event Centre Over Use Of Fuel As Souvenir