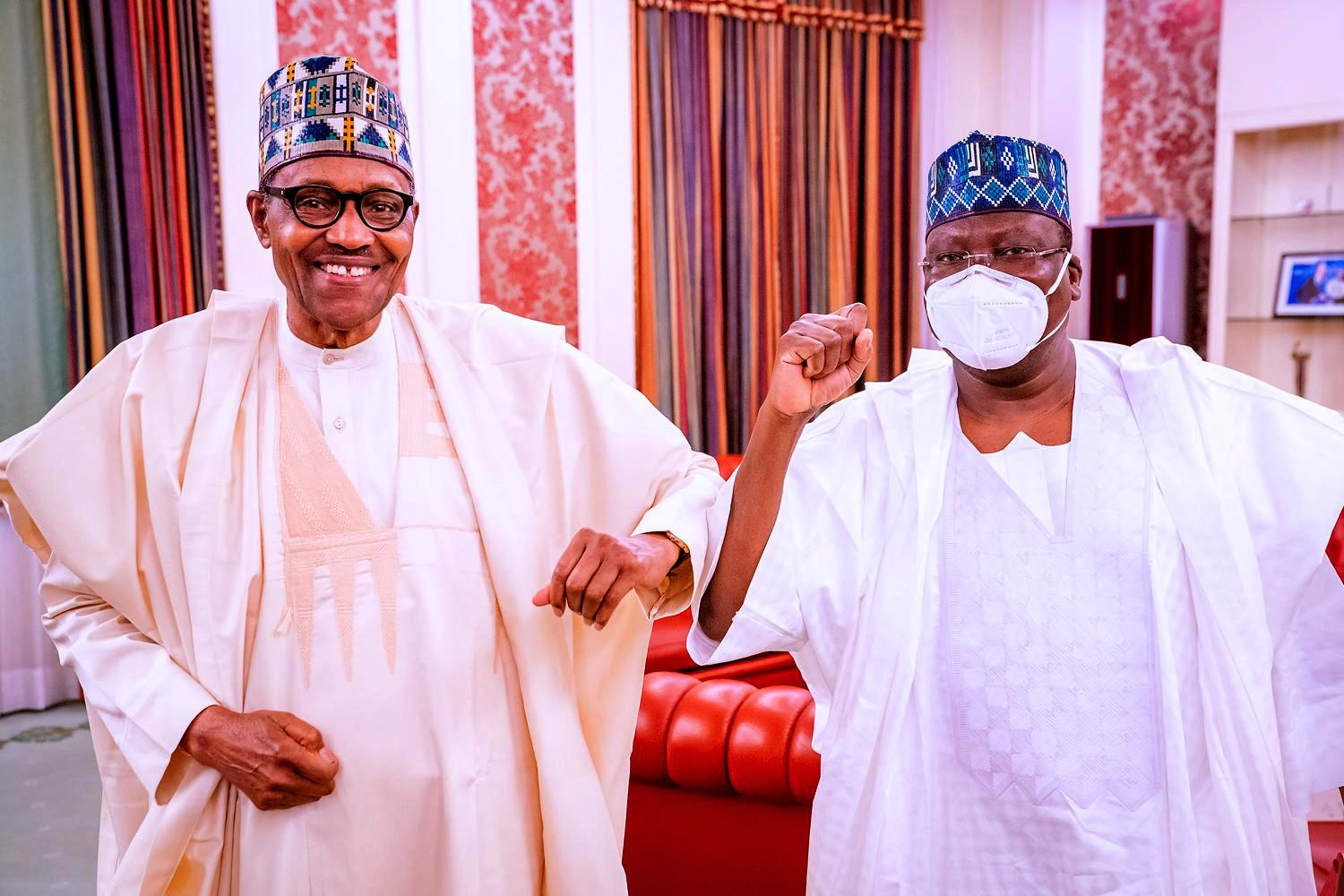 Senate President Ahmed Lawan met with President Muhammadu Buhari today at the Presidential Villa, Abuja.
The meeting took place behind closed doors. But Lawan told State House correspondents that the issues of security challenges facing the country were discussed at the meeting.

“There is nothing more important today or more topical than the security of Nigeria.

“We have discussed, we had a very extensive discussion on the security of all parts of Nigeria, and how we should go about improving the situation, we all have roles to play.

“Nobody would like to see the kind of thing that we are experiencing in various parts of the country in the format of insecurity,” the Senate president said.

Lawan said it was the responsibility of the government to secure the environment for Nigerians to earn their means of livelihood. He said the desire of government was to see farmers return to farms before the rain starts.

This, he said, meant that the government must secure the rural parts of Nigeria as well as the urban centres.
He disclosed that the nation would witness some activities aimed at improving security within two months.

“I believe that between now and probably the next two months, there will be a lot of activities to ensure that we secure environments for people to live a very normal life, where we also believe that the government is headed in the right direction.

“Recall that the National Economic Council approved taking some funds from the Excess Crude Accounts with a view to giving more resources to our armed forces.
“This is a commendable effort and we are ready to help with appropriation to ensure that we buy those things required for security,” he said.

Lawan said Nigerians believe strongly in the unity of the country and that was why they live in any part of the country irrespective of their ethnicity.

He said political leaders were supposed to ensure that they support that kind of feeling by protecting everybody.

He said the Federal Government, state governments, local governments and traditional rulers all have roles to play to improve the nation’s security.

Lawan also said he discussed the issue of the Niger Delta Development Commission (NDDC) with the president.

He said: “We also had discussions on the need to ensure that government functions very well. So, we have few issues. These are housekeeping issues of getting the NDDC governing board’s nominations.

“I agree with Mr President that we have to complete the forensic audit to ensure that everything is done properly and the report is submitted to him. It is significant that whoever is found culpable should be treated as such.

“That will serve as a lesson and as a deterrent to others, because NDDC should have transformed the Niger Delta into a better environment than what it has been since the NDDC was created by a law of the National Assembly in 2000 or so.

“We are talking about almost two decades. That should have been a sufficient time, given the resources that were deployed into the entity. So, we need to sanitise the NDDC and get the resources fully deployed in developing the Niger Delta.”