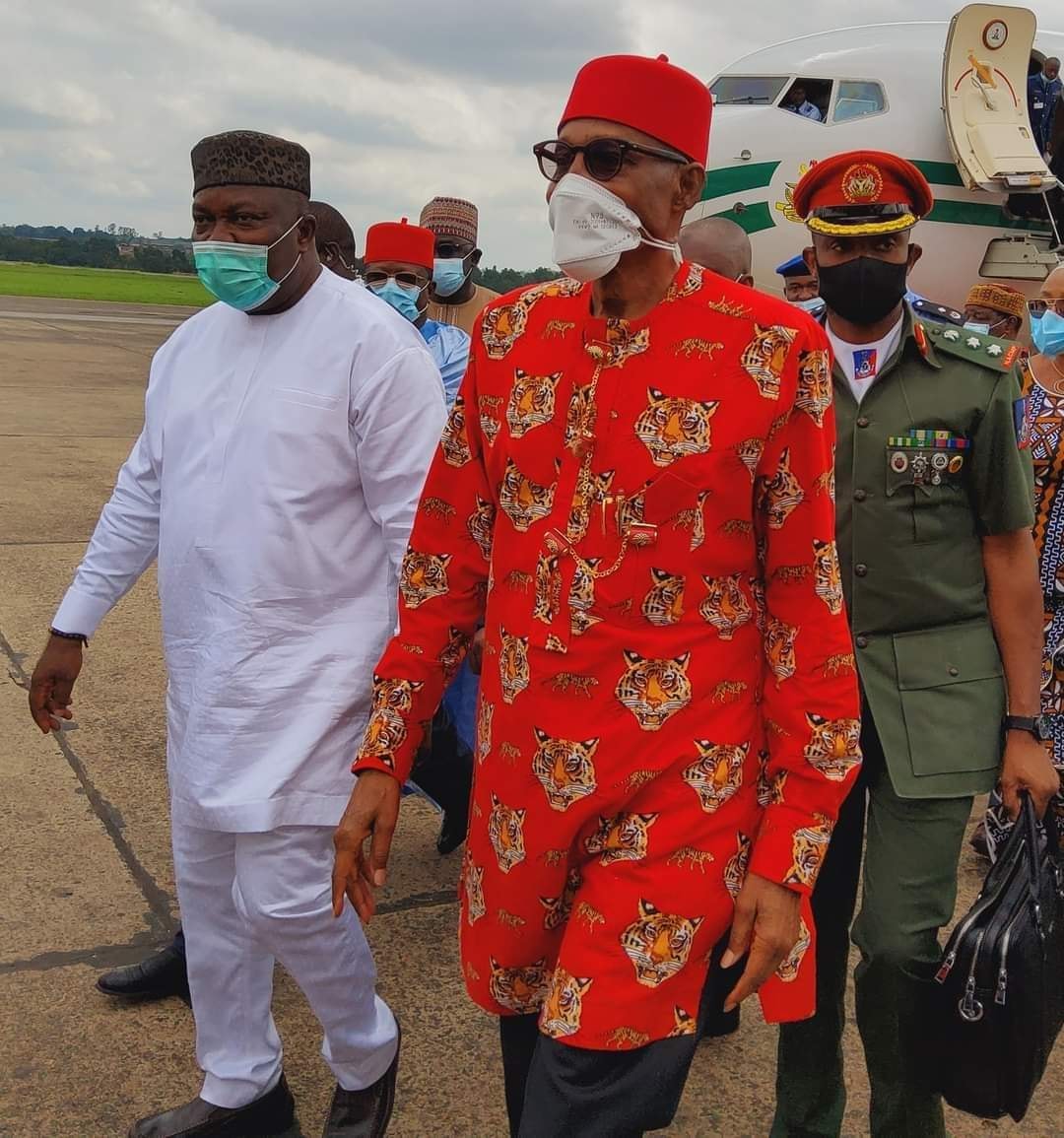 President Muhammadu Buhari is currently in Ebonyi State for a two-day official visit.

President Buhari who was accompanied by Gov. David Umahi of Ebonyi among other top government officials arrived in the state at about 11:15 a.m.

The helicopter conveying the president with registration number: 5N–FG1 landed on the pavilion inside the governor’s residence in his hometown, Uburu, Ohaozara Local Government Area of the state.

The president after exchanging pleasantries with top government officials, traditional rulers among others who came to welcome him, inspected a guard of honour mounted by the Nigerian Army.

The president will inaugurate the ultra-modern King David University of Medical Sciences, Uburu, with adjourning roads and flyover and the newly constructed presidential lounge Abakaliki.

The president is also expected to inaugurate the ultra-modern Ebonyi international shopping mall, facilities at the newly constructed government house, completed road projects in the state among others.

Security across the state had been beefed up with relevant security agencies assuring the public of adequate protection of lives and property.