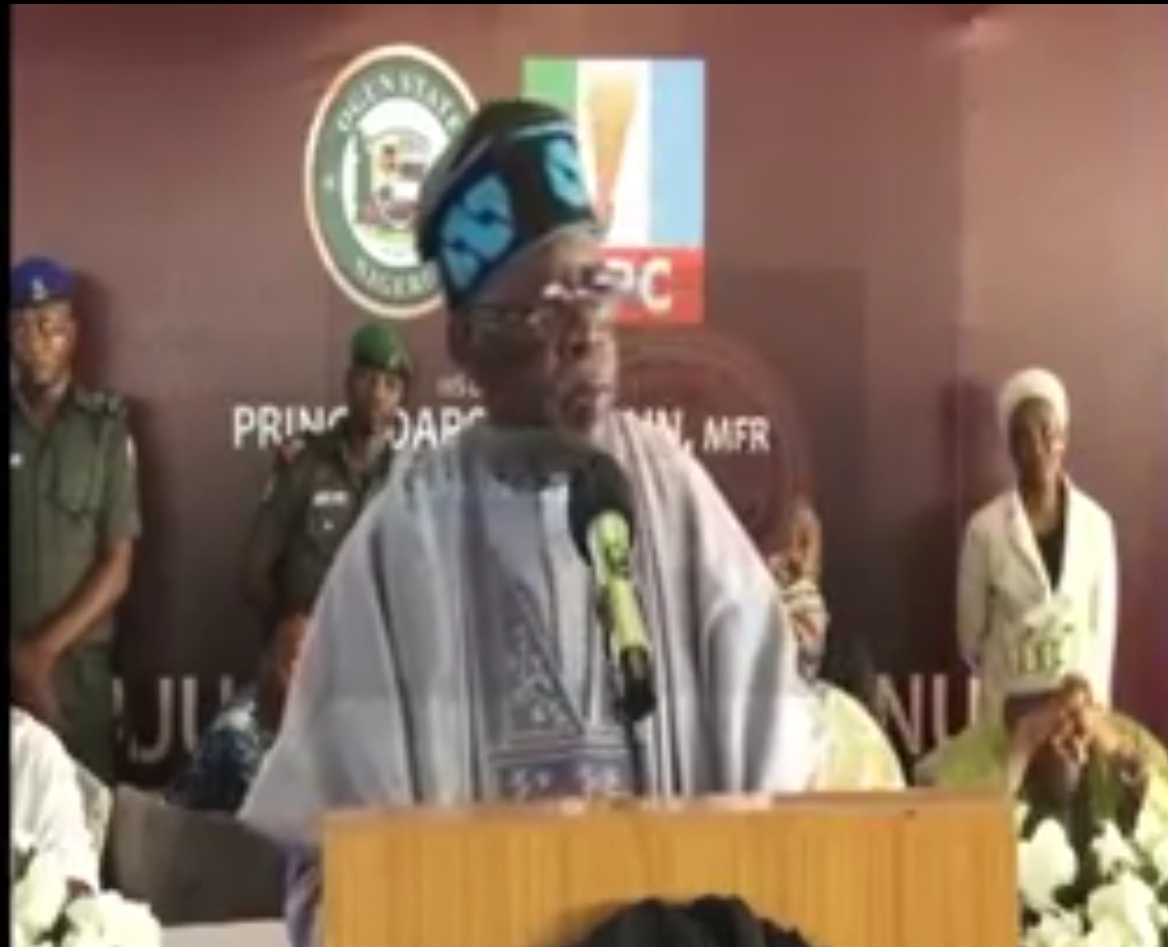 A prominent presidential aspirant of the All Progressives Congress (APC), Bola Ahmed Tinubu, on Thursday disclosed the role he played in the political life of President Muhammadu Buhari .

He spoke at the presidential lodge in Abeokuta, the state capital, while addressing the APC delegates ahead of the party’s primaries.

The former Governor of Lagos State said he made the revelations for the first time in Ogun State, home state of Osinbajo, one of his rivals for the APC presidential ticket.

He said Buhari had offered him a running mate ticket, but some people rose against him and objected to a Muslim-Muslim ticket.

The former governor also said when he was asked to submit three names for running mate, he pencilled down Yemi Kadoso, Wale Edun and Yemi Osinbajo.He added that he later settled for Osinbajo as running mate.

“You have not heard this from me before. This is the first place I am saying this,” Tinubu who addressed the delegates in Yoruba said.

Speaking on Buhari’s emergence, he said “If not me that led the war front, Buhari wouldn’t have emerged. He contested first, second and third times, but lost. He even said on television that he wouldn’t contest again.

“But I went to his home in Katsina. I told him you would contest and win, but you won’t joke with the matters of the Yorubas. Since he has emerged I have not been appointed minister. I didn’t get contract.

“This time, it’s Yoruba turn and in Yorubaland, it’s my tenure.”

Tinubu also said without God and him, Governor Dapo Abiodun would not have emerged in 2019 election.

“Dapo that’s sitting down here, could he have become governor without me? We were at the stadium, they tore all his posters. Even the party flag, they didn’t want to hand it over to him, I was the one who brought it.

“If he wants to meet God at the right place, he must know that without God and me, he would not have become governor.”

In his remarks, Abiodun who had earlier declared his support for Osinbajo’s candidature, refused to endorse Tinubu.

He told Tinubu that delegates from the state would do “the right thing” at the convention.