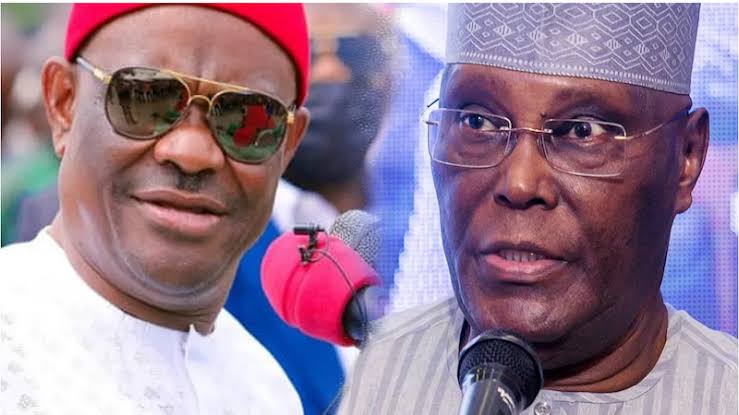 Wike and his allies in the Ayu-must-go campaign boycotted the campaign kick-off.

It was learnt that the lingering rift between Atiku and the anti-Ayu elements triggered the temporary suspension of the presidential campaign.

The campaign rally was suspended at the instance of Atiku, who, party sources said, drafted the three prominent PDP stakeholders to intervene in the standoff.

The campaign was suspended to give the three new “arbitrators” a chance to undertake and conclude their assignment, a source told this reporter.

The rally, scheduled to hold in Kebbi yesterday was cancelled.

Also shelved are the rallies billed for today in Gusau, the Zamfara State capital and another scheduled for Kaduna, Kaduna State, have been rescheduled Consequently, the campaign rally was rescheduled.

One of the PDP presidential campaign spokespersons, Kola Ologbondiyan, confirmed the cancellation of the rally in the three Northwest states.

Ologbondiyan, in a telephone chat with our correspondent, said the rally scheduled to hold in Kaduna tomorrow, has been shifted to Monday.

He, however, could not give definite dates for the rally in Kebbi and Zamfara.

READ ALSO: How Atiku, Ayu, Ex-generals, Others Conspired Against Me – Wike

The party had flagged off its presidential campaign in Uyo, Akwa Ibom State, last Monday, October 10.

Before they shunned the campaign launch on Monday, five of the 13 PDP governors – Wike; Ortom; Makinde; Ugwuanyi and Ikpeazu (Abia) – had boycotted the inuaguration PDPPCC at the International Conference Centre, Abuja on September 28.

The governors and their allies are insisting that Ayu must step aside to allow a Southerner take charge as chairman. They argued that the presidential candidate and the party chair cannot come from the same region.

Besides, they said the chairman promised to step aside if a northerner clinched the PDP presidential and therefore should honour his words.

Atiku had said that he lacked the power to remove Ayu from office.