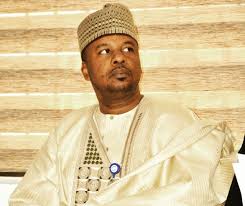 Gunmen went to the school in the early hours of Friday, abducting an unknown number of pupils.

In his reaction, Tanko-Yakasai said it was unfortunate that the fresh abduction happened less than two weeks after bandits invaded a school in Kagara, Niger State, and whisked away some staff and pupils.

He said the worsening insecurity in the country was an indication that the APC government has failed in its primary responsibility of protecting life and property.

“Clearly, we as APC government, at all levels, have failed Nigerians in the number 1 duty we were elected to do which is to secure lives & properties.

Not a single day goes by without some sort of insecurity in this land. This is a shame! Deal with terrorists decisively or resign,” he said.
According to him, it has become a norm that each time tragedy occurs, the government would lament without taking any concrete action to prevent a reoccurrence.

“Each time another tragedy happens, we lament, condemn, create hashtag, the govt pretends to do something, no concrete steps to prevent reoccurrence, and then we repeat the process. To what end? Where are those saddled with the responsibility?

“Just last week it was #freekagaraboys, today we have a new hashtag #RescueJangebeGirls, who knows tomorrow what hashtag we will come up with? Perhaps one for ourselves when we get caught up in one of these daring attacks. This is sad & heartbreaking, I feel helpless & hopeless.”

The media aide has in the past criticised the Buhari-led government.

He was suspended by Ganduje after his remark on the #EndSARS protest but was reinstated weeks after.

Senate Not For Thugs, Ohuabunwa Tells Adeyemi Over Anti-Ikpeazu Comment