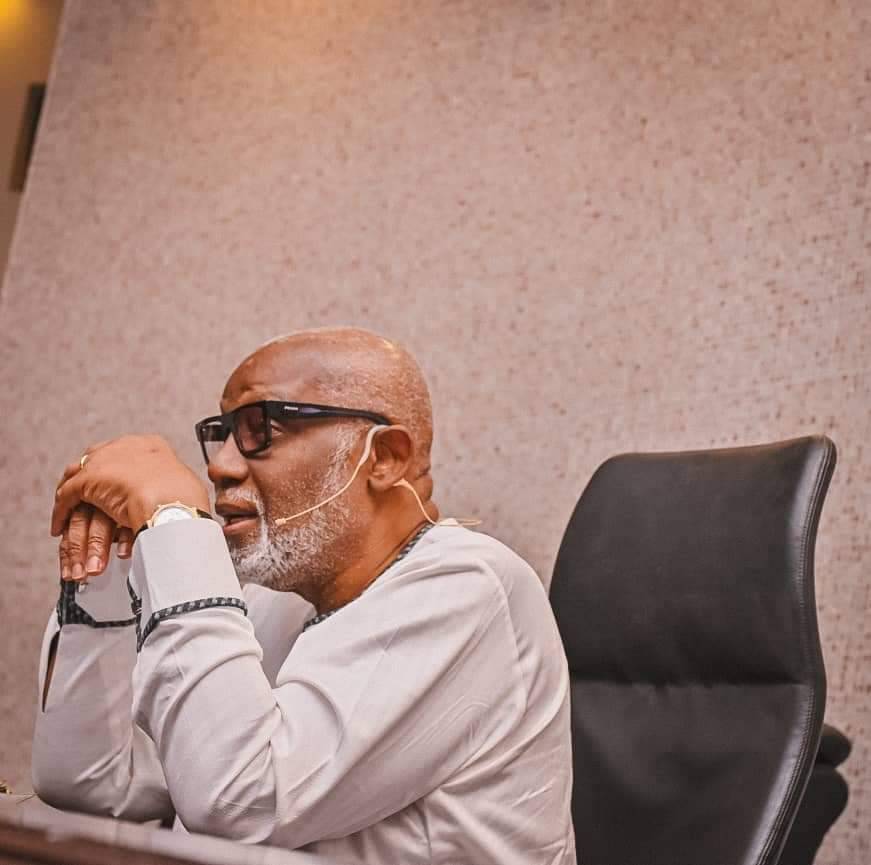 Ondo State Governor Rotimi Akeredolu on Friday described as hasty the Federal Government’s pronouncement of ISWAP as the terrorists responsible for the attack of worshippers at St Francis Catholic Church, Owo, Ondo state.

This is coming as the state police command, the governor, and the Olowo of Owo, Oba Ajibade Ogunoye denied the alleged arrest of the killers.

The palace of the traditional ruler was besieged by youth from the ancient town demanding the perpetrators of the last Sunday attack on St.Francis Catholic church in the town.

The youths in their hundreds trooped to the palace following alleged reports that the suspected terrorists had been arrested by a combined team of the Nigerian Army, Amotekun Corps, and other security forces and taken to the palace.

They demanded that the suspected terrorists should be handed to them and pleaded to the traditional ruler not to transfer them to Akure, the state capital

It took several hours for the monarch to convince the youth that the information was untrue.

Meanwhile, governor Akeredolu noted that he took the Federal government’s conclusion with a pinch of salt, adding that ISWAP is known to take responsibility for their attacks.

He said this during a zoom interaction with a Swiss Christian human rights Organisation, Christian Solidarity International (CSI).

”The statement is too hasty. I take their conclusion with a pinch of salt. ISWAP doesn’t hide its attackS. If they have done it, they would have owned up. We are yet to know and our security people are still on their trail.”

Akeredolu, who said the attack was a crime against humanity, noted that the Southwest region had been a peaceful haven before the horrific attack.

The governor said despite the attack on the psyche of the people, the people of the state were indomitable and ready to fight insecurity.

Government, according to him ” is determined to help the victims of the attack, particularly those who lost their loved ones and those on admission in the hospital.

“We have a plan to help the victims of the attack. Including those who lost their lives and those who are in the hospitals. Deliberately, we have people who have offered the state government some assistance. Some people have donated to the Catholics.”

Akeredolu also reiterated his stand on state police, noting that the time for state police had come.

He noted that the existing security architecture in the country could not provide security for lives and property.

“A single police command cannot guarantee safety in this country. We must have state police now.Amotekun suffers a lot of limitations in getting all the equipment we need to fight these criminals.”

The governor commended the international community for their reaction to the killing in Owo, saying their response was unprecedented.